Atlanta reporter mark Arum posted this tweet this morning and it has turned Twitter into a war zone for people in the South.

At first, I could only see Chick-fil-A and Waffle House before i opened the full picture, and a choice between just those two would have sent my mind to a dark, dark place. I truly wouldn't even know what to do. I think I'd have to eliminate Waffle House from this mythical world in which I'm forced to make such a tragic decision. But the inclusion of American Deli and The Varsity made it ridiculously easy.

There seems to be a debate from people inside and outside the perimeter — basically Atlanta proper and the suburbs — as it relates to the latter two. Many people assert that people from Atlanta don't actually go to The Varsity, which to an extent is true.

However, it's an institution. You can't get rid of something that iconic. If you are in downtown Atlanta, you can't not go get some onion rings and a Frosted Orange — the point that the food isn't that good is also valid, but that's not what The Varsity is there for.

But my official call is that American Deli has to go. To be totally honest, I had never heard of it until this morning. It looks fine. And in all likelihood, it probably does have better food than The Varsity. But nobody has any memories attached to it. I can remember going to The Varsity before many Braves and Falcons games, because it's an Atlanta staple. 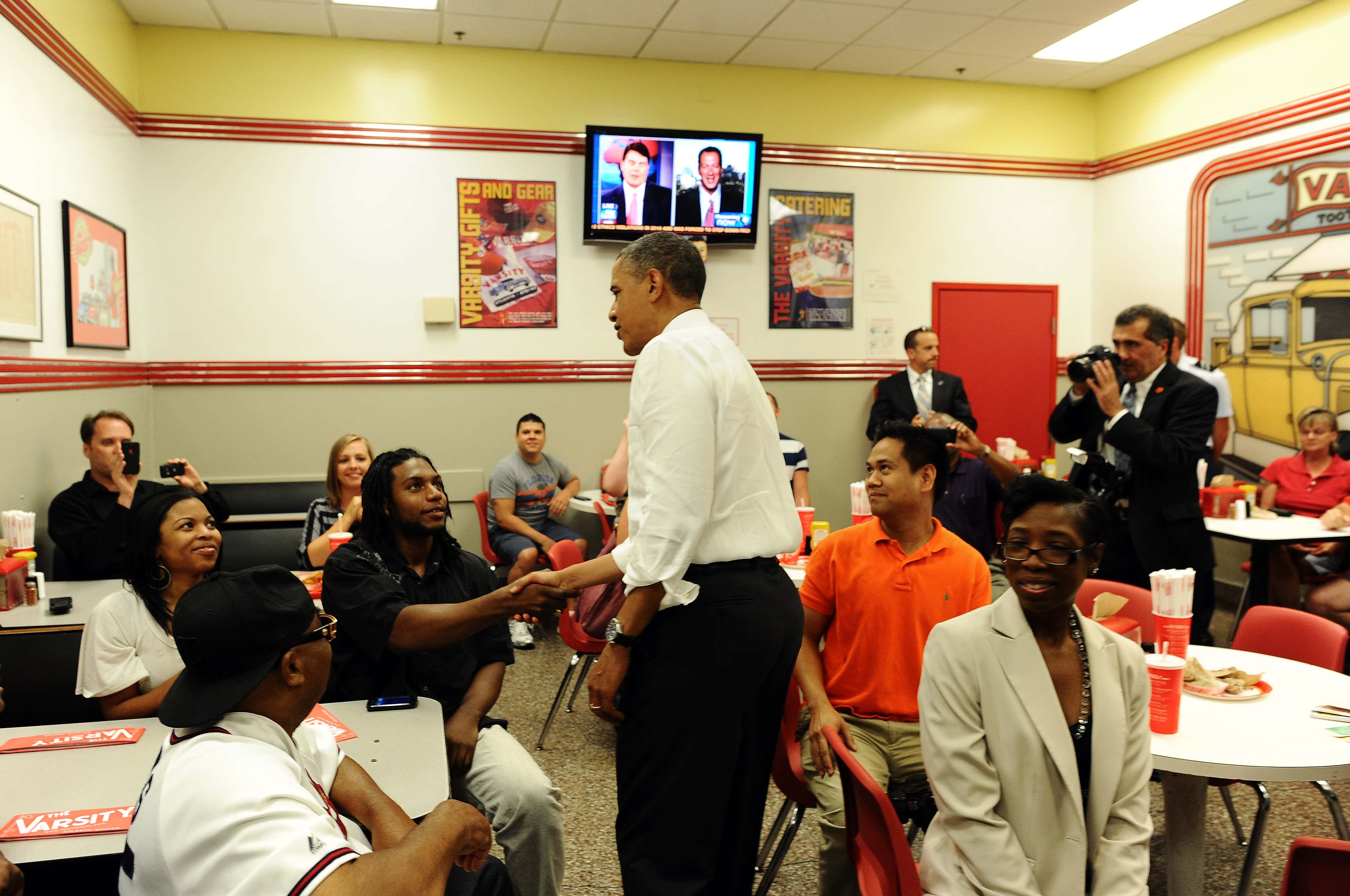 But that's a debate I'm at least willing to have. Anyone choosing to get rid of CFA or Waffle House, however, is persona non grata as far as I'm concerned. Those are God's establishments and that opinion is simply unacceptable.