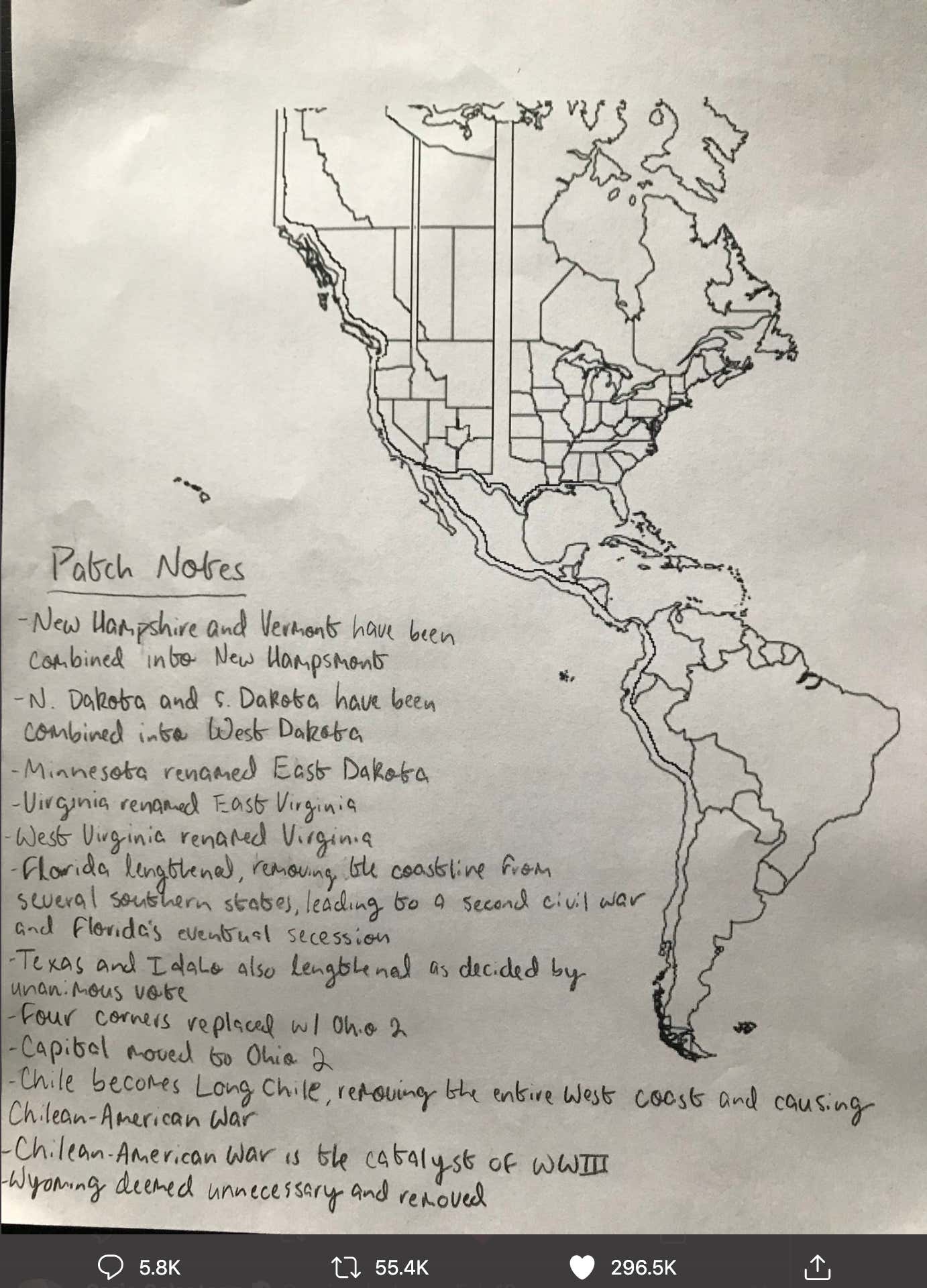 Last night I came across a map that made me feel like pre-bankruptcy Nicolas cage staring at a freshly stolen Declaration of Independence. But rather than a map leading to Ben Franklin’s prototype sybian machine - this map contained a remix of our nations borders that is so profoundly random it makes me wonder if ADD has become contagious. The depths of boredom one must reach to conceive of making a sequel to the state of Ohio, are equivalent to the depths of the Mariana Trench. I’m trying to type out words that do justice to the brain of this 16 year old girl, who imagined a world where we unanimously voted to elongate both Idaho and Texas to the Arctic Circle, but I simply cannot. My words will never be able to stand up to the elegance of extending the already obnoxiously skinny Chile all the way to Alaska. She deemed Wyoming to be undeserving of existing. She moved the Capital to the least exciting landmark in the country. Imagine actually going to see the four corners. There is literally nothing there. It’s the collision of four lines that we made up. When you walk up to the four corners, you’re in a featureless desert imagining what four lines coming together looks like. Building a monument for that is as plausible as renaming Minnesota to East Dakota. I simply am flummoxed by procrastination skills this elite and I hope that one day I can also literally change the world.