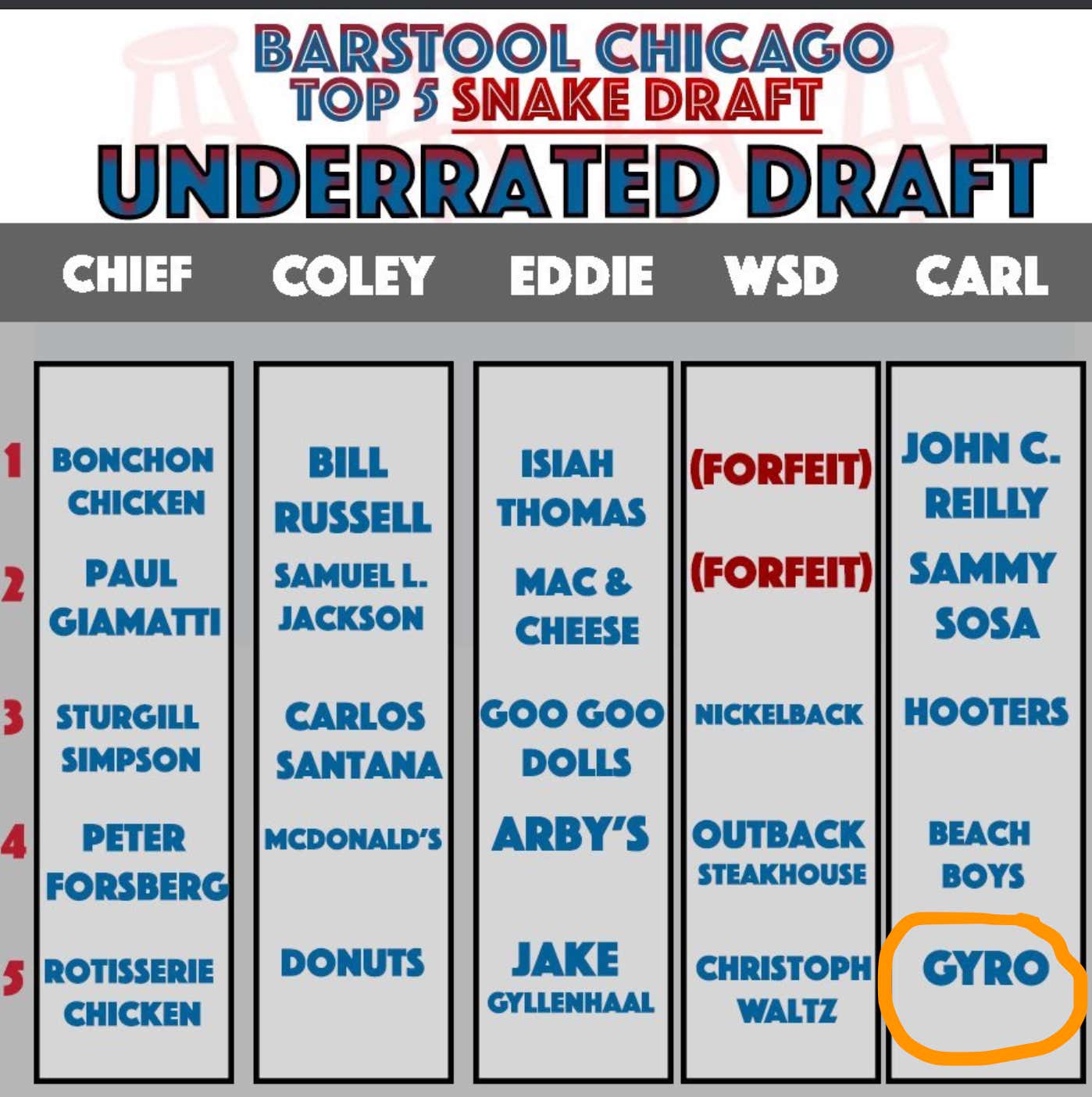 Coley joined Barstool Chicago's Monday Snake Draft this week and this time we did UNDERRATED items. Last week was UNDERRATED and we ruffled a lot of feathers with our guacamole take if you recall. Despite all this activity, I unfortunately realize that slightly less than 30% of you are smart enough to grasp the concept of what it means to be OVER or UNDER rated. Nobody is saying anything SUCKS COCK or ISNT GOOD. We're instead getting into the nuance of whether something gets TOO MUCH CREDIT. So when you hear things like

His argument is that it deserves more credit. That's the point. Again, nobody is saying these are hidden gems are shit you wouldn't know about otherwise. We're just saying they deserve more playing time in our minds, even if they're 1st Team All Americans.

I know I'm asking a lot. Even writing that I just feel defeated but we march on in better spirits.

This time I'm circling the wagons on Mr. Irrelevant from yesterday, my good friend, the Gyro. To me it's been criminally underrated for so long that I already did 600 words on it in February including a Barstool Chicago roundtable. The fact Gyro slid to me in round 5 under Eddie's nose will be something I hold over him forever.

For now, an ode to one of my first great loves. 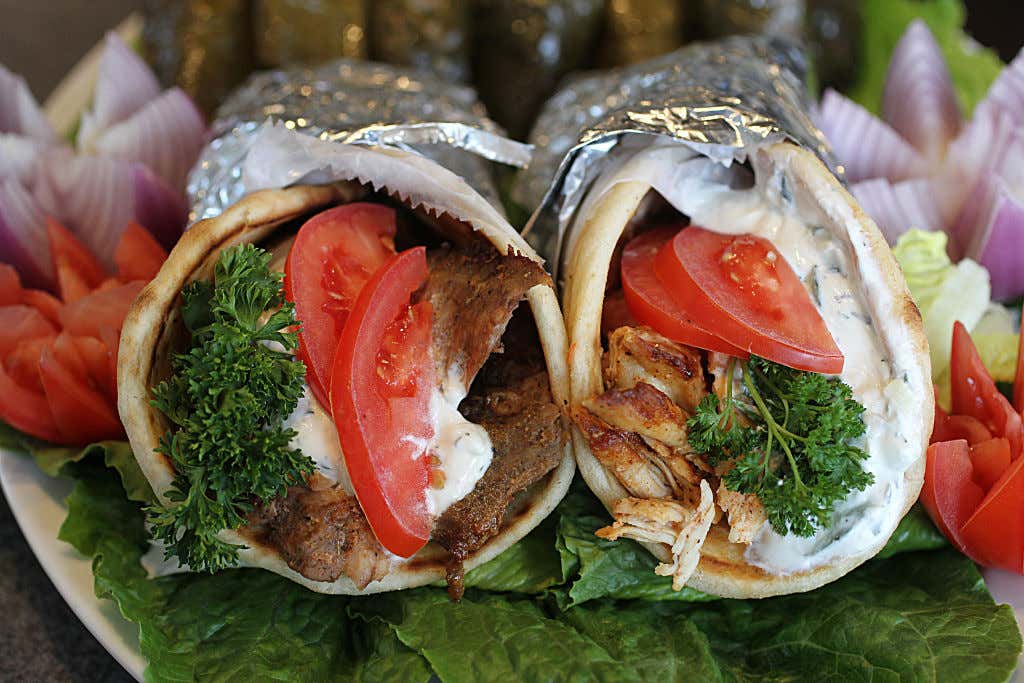 I don't want to make a huge deal out of this but it's recently come to my attention that gyros need more playing time so here I am giving it to them. Gyros are fucking delicious.

I know we get lost in the italian beef shuffle very easily around here. Go ahead and sue me. But there's something special about a good gyro that goes unspoken too often and I'd like to see that change. I have too much appreciation for the patience and attention to detail a good gyro meat spinner commands

Then let's talk about simplicity. Five ingredients easy enough for you big brain assholes? Tzatziki, pita, onion, tomato and shaved lamb. Dice the tomato if you want. Or go full wedge if that's your thing.  Just keep the onion cold and thin. Don't get top heavy with the tzik like a qdoba extra queso burrito. I want it smooth and balanced against a warm pita to absorb the meat juice. God do I love the meat juice. Then wrap it in the magic one sided foil that keeps it hot but still absorbs the runoff sauce. That's an easy sandwich to make if you got the right parts. And it's that simplicity that makes it so wonderful. It's an internationally renowned common man sandwhich.

And have we talked flavor yet? Because I had a 7.2 gyro yesterday for lunch and I'm still enjoying that taste in the back of my throat. Gross to some of you but personally I find it to be more of a compliment about how much flavor a good gyro has coming in. You get that good Kronos meat to hit you just right and it's a 24-hour trip to flavortown.

I wish I had a better understanding of why the gyro doesn't get the acclaim it deserves. I don't know who kills it in the national gyro chain game. I know it's a delicacy at a number of corner spots but not nearly the commercial success you'd expect from such an awesome sandwich. So this is my cry for help. I want to put gyros on the map right next to bowling. Maybe I'll get my own meat spinner and set it up in the parking lot and just work on my hook until the lamb is cooked through. Playoffs are around the corner and I could use the practice. I'm also craving my own gyro.

Here's what the rest of the boys had to say.

WSD - indifferent but I'll eat them. I don't go out of my way but when I consume them. They are just okay.

Eddie - gyros to me, just as a general take, gyros to me is unforgotten Chicago food group in my opinion. There's good enough gyro places in this city where it should be hot dogs, pizza, beef, burgers and gyros is your top 5. It's in the same conversation as all of those. At any seed in any year it can win a national championship. I got a buddy who has been eating a gyro every Sunday for the last 10 years. Great guy.

Camera Guy Matt - I love em. I don't eat them enough. I will say that.