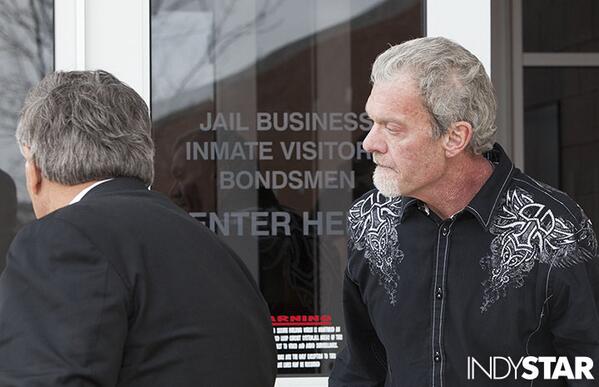 Source - Indianapolis Colts owner Jim Irsay was arrested Sunday night in on preliminary charges of operating a vehicle while intoxicated and possession of a controlled substance. Bond was set at $22,500… Irsay’s arrest will certainly be a topic of conversation at the annual league meetings, to be held in Orlando next week. “All persons associated with the NFL are required to avoid ‘conduct detrimental to the integrity of and public confidence in the National Football League,’” the NFL’s personal conduct policy states. “This requirement applies to players, coaches, other team employees, owners, game officials, and all others privileged to work in the National Football League.”

The whole world is having a cheap laugh at Irsay’s expense today.  But you won’t find us doing that here at the Stool.  There’s no easier thing in the world to demagogue than a famous person getting popped for DUI, but we’ll leave it to other sites to get on a soapbox and preach about how irresponsible Irsay was and all that.  Because there is no more “There but for the grace of God go I” crime in the world than drunk driving.  It’s the grayest of legal gray areas and every one of us is one bad ice cube and one swerve of the wheel away from walking in Irsay’s moccasins.  And I think we’ve been pretty consistent around here when it comes to these kinds of charges, from Donte Stallworth to Alfonzo Dennard to whomever.