After a one-year hiatus due to a lockout, the NBA All-Star Game is played at the Oakland Arena. With the retirement of Michael Jordan, there is a shift West for the power in the National Basketball Association. That shift is on full display in Oakland, as the Western Conference takes the lead from the start and cruises to a 137-126 victory, with Tim Duncan of the San Antonio Spurs and Shaquille O’Neal of the Los Angeles Lakers sharing MVP honors.

It was a new millennium and a new age for the NBA. One year after a lockout wiped out half of the season, the league hoped it could return to business as usual. A big test would come at All-Star Weekend, which took place in Oakland. It was the first time the All-Star Game was held in the Bay Area since 1967 when the Cow Palace saw the West earn a 135-120 win as hometown favorite Rick Barry of the San Francisco Warriors was named the game’s MVP.

The return of the All-Star Game meant the return of the Slam Dunk Contest, which was not held in 1998, due to diminishing interest from fans and players. However, the Dunk contest returned in 2000 and was better than ever, as Vince Carter of the Toronto Raptors performed one of the greatest dunks ever seen when he hung on the rim by his elbow. Meanwhile, Jeff Hornacek of the Utah Jazz won the Three-Point Contest.

The Eastern Conference did make the game competitive, as they managed to tie the game 91-91 in the third quarter, after trailing 64-59 at the half. The game would go back-and-forth over the final minutes of the third, with Chris Webber of the Sacramento Kings giving the West as 99-97 lead at the end of the quarter. When the fourth quarter began, the Western Conference pulled away, going on an 8-0 run on the way to a 137-126 win. 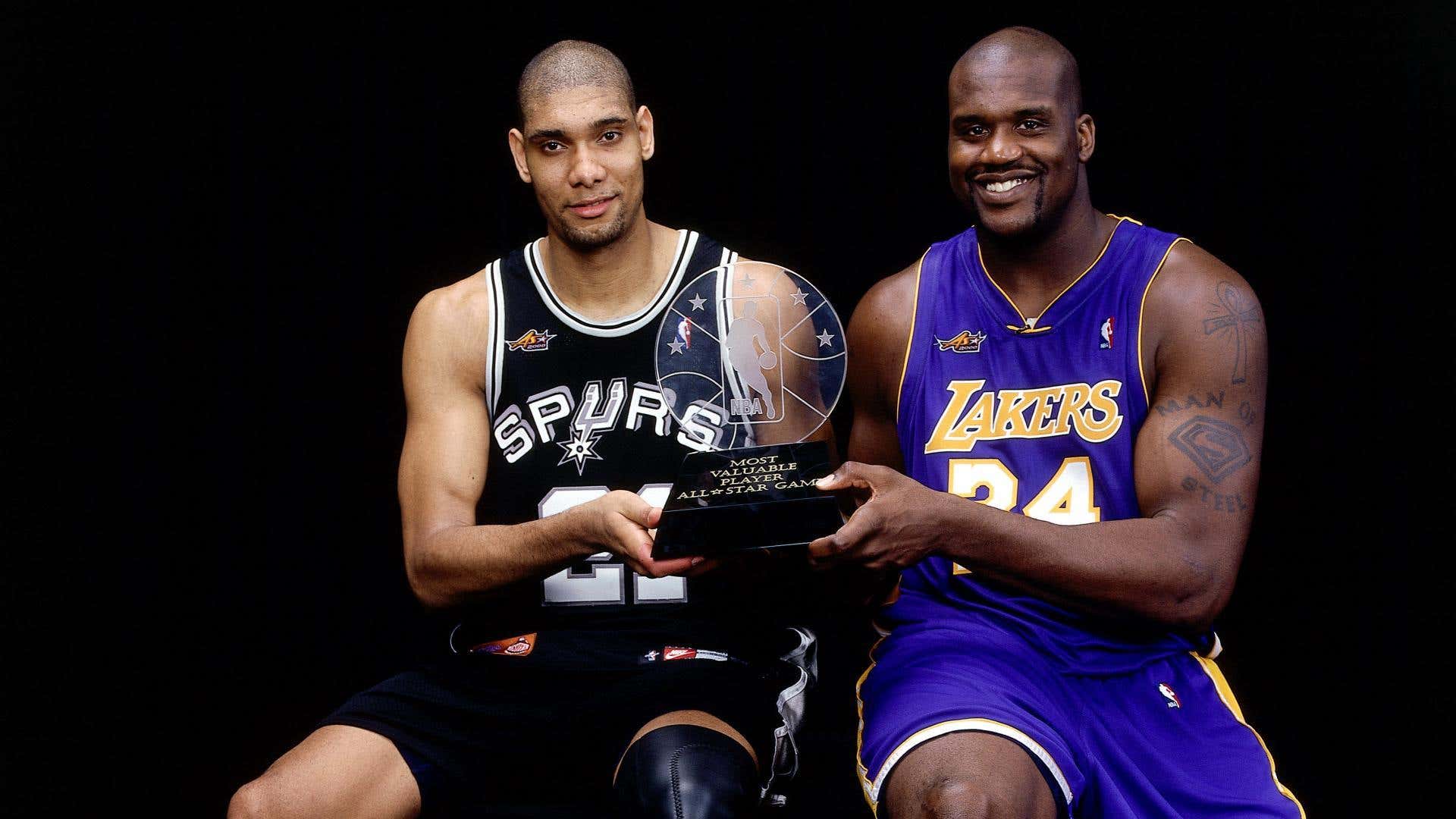 Tim Duncan of the San Antonio Spurs and Shaquille O’Neal of the Los Angeles Lakers shared MVP honors. It was the third time in the history of the NBA All-Star Game that the MVP was shared. In 1959, Elgin Baylor of the Minneapolis Lakers shared it with Bob Pettitt of the St. Louis Hawks, while Utah Jazz teammates John Stockton and Karl Malone shared the award in 1993. Tim Duncan was the leading scorer in the West, with 24 points and 14 rebounds, while Shaq had 22 points, nine rebounds, and three blocked shots. Kevin Garnett of the Minnesota Timberwolves also had a strong game for the West, scoring 24 points.

Allen Iverson of the Philadelphia 76ers was the game’s leading scorer in a losing effort with 26 points with nine assists. At the same time, Alonzo Mourning of the Miami Heat was the second-leading scorer with 15 points, while Dikembe Mutombo of the Atlanta Hawks and Dale Davis of the Indiana Pacers each had eight boards.