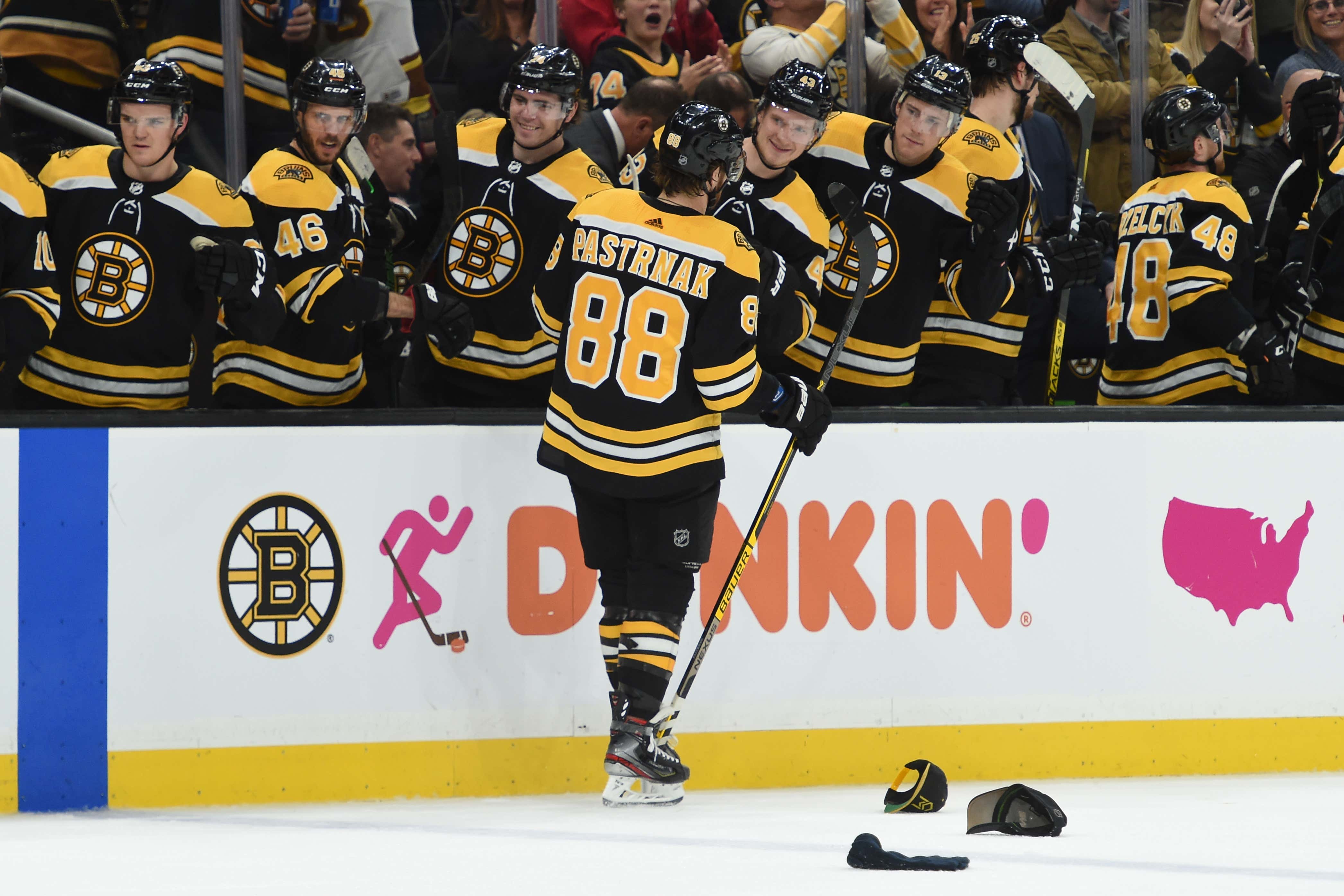 The Boston Bruins got back in the win column thanks to a David Pastrnak hat trick against Montreal tonight.

David Pastrnak opened the scoring but it was Brad Marchand who did the dirty work. Dangling through 3 Habs and setting up 88. What a goal. 1-0 Bruins.

David Pastrnak notched his 40th goal of the season off a feed from Sean Kuraly early in the 2nd period. 2-0 Bruins.

Seconds later Marco Scandella got the Habs on the board. 2-1.

David Pastrnak capped off the hat trick on the PP (4 on 3) late in the 2nd. 3-1 Bruins. Pasta regains the league lead in goals with 41. Broken play just ended up on his stick.

Patrice Bergeron added an empty netter to make it 4-1.

- Brad Marchand has now hit 70 points in each of the last 4 seasons. His assist on Pastrnak's 1st period goal was a thing of beauty. He also got into it with Jeff Petry later in the game. Seems like he's found his hands! 3 apples tonight.

- Hat trick tonight for No. 88 (4th of the year) and he's set a new career high with 41 goals. Back leading the league. Best part? He's not done yet. I think he absolutely hits 50. B's haven't seen a 40 goal scorer since Murray.

- Good bit of nasty tonight. Marchand and Petry going at it. Chara and Gallagher.

(Shouldn't have been standing there)

It's always fun beating the Habs but Feits said it best, I wish they mattered. Shea Weber is out with a high ankle sprain for the next 6 weeks. Dropping out of the playoff race. Brutal times to be a Montreal fan.

B's are back on Saturday night as they host the dreaded Red Wings for yet another matinee.