First and foremost, huge thanks to Dan S. for introducing me to the term 'cuntstraps' before I head out on a #ZillionBeers excursion in D.C. with my cousins. Very excited for that to get me in an altercation around 3:45pm that upsets the whole family.

Back to the story via BBC News:

Ben Bardsley, 38, of Stockport, Greater Manchester made a personal injury claim after falling into a pond in 2015.

He said it left him with a fear of heights and unable to lift weights.

His case was dismissed as "nonsense" at Manchester County Court after footage was shown of him being propelled 108ft (33m) down the Verti-Go in Spain. 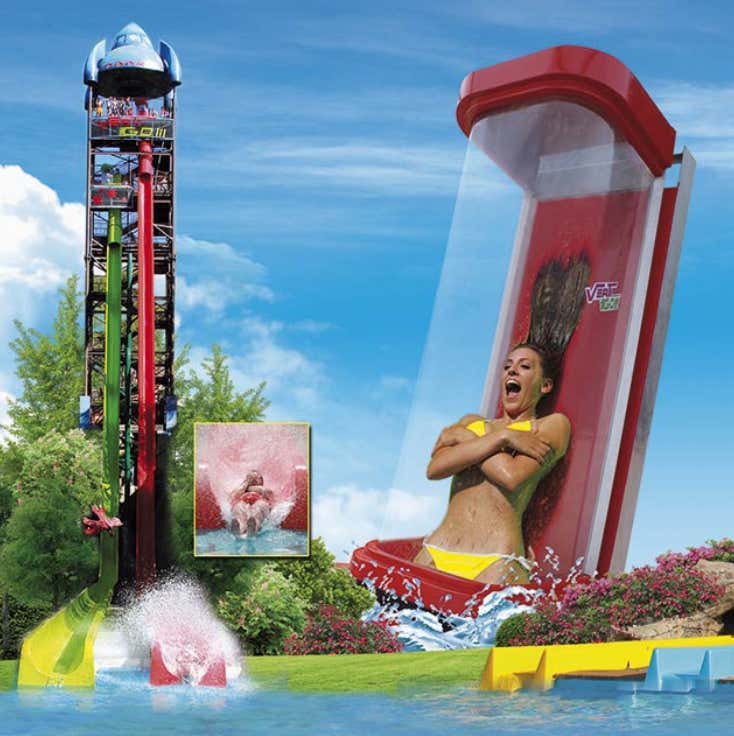 Quick note on that slide from the water park's website:

Only the boldest park-goers dare to go on this attraction which is suspended from a 42-meter-high platform and in which the tower has 250 steps to its highest point — that is similar to the height of a 13-story building, and you can get all the way up there in a hermetic, transparent capsule.

At the time of the drop, the rider is atop a trap door that opens with the push of a button controlled by our specialized personnel located at the slide’s starting point.  From that point on, the free fall begins, along with its corresponding rush of adrenaline as you pass over the highest slide in the world.

Verti-Go allows the rider to slide down the attraction in just 3 seconds, with a gravitational acceleration that exceeds 100 km per hour in the lesser cases.  Thrills are guaranteed!

Yeah… so you're DEFINITELY not going on that if you're scared of heights. (Or atomic swimsuit wedgies, or a large amount of water up your b-hole.) Rough look for 'ol Bardsley… 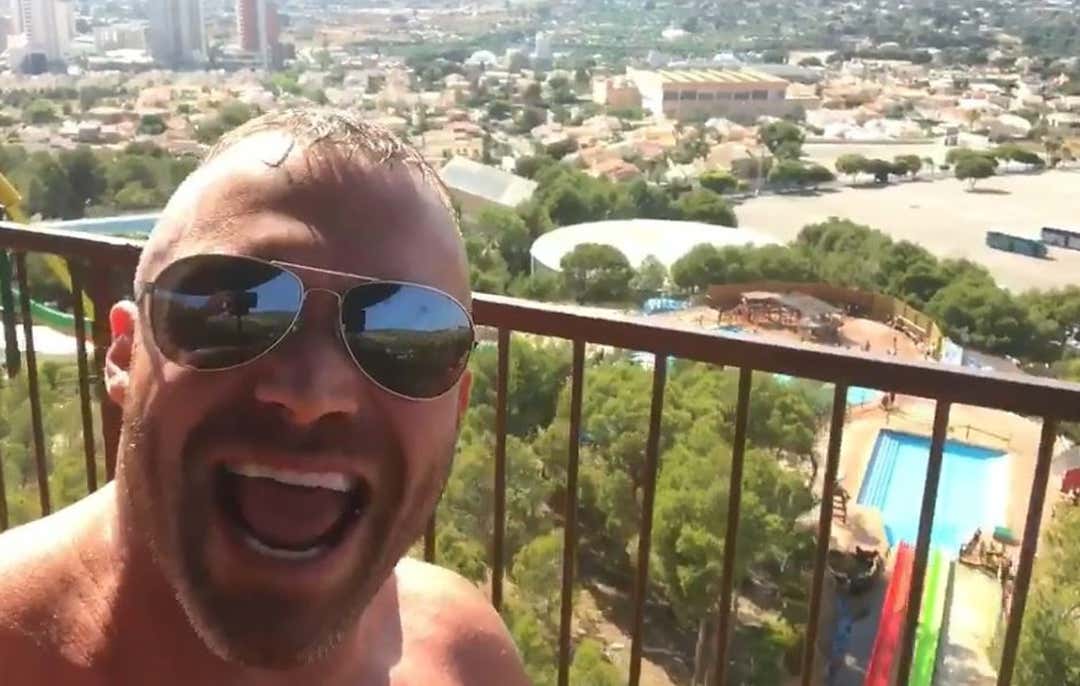 As you could probably guess, the whole story of his lawsuit was ridiculous to begin with…

The gym owner had brought a claim against Warrington Koi and Aquatics which was digging a pond in his garden in July 2015.

As he inspected the work, Mr Bardsley was struck by the bucket of the digger and knocked into the pond.

The court heard he claimed in medical evidence he fell with his arms outstretched, which caused injuries to his neck and back and left him unable to lift weights and caused an anxiety of heights.

But insurance company Aviva, which acted for the pond supplier, was suspicious and instructed lawyers to investigate further.

The probe uncovered an array of posts on social media showing him lifting large weights after the date of his fall. 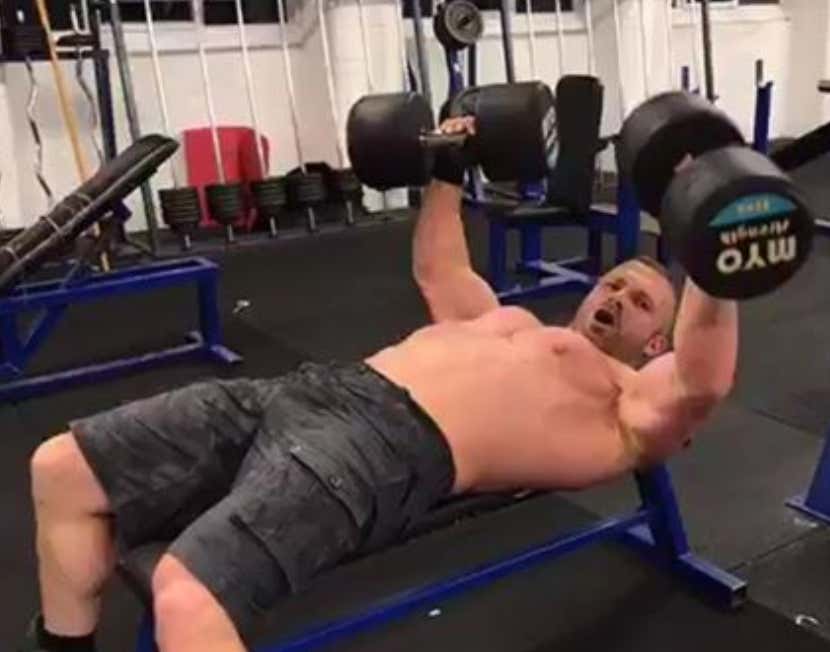 Maybe I'm dating myself here, but have insurance scammers learned NOTHING from Season 3, Episode 23 ('The Fender Benders') of The Brady Bunch where old man Duggan tries to sue the Brady's following a fender bender…

There he is in the FRONT of the court with a neck brace on facing the judge, gathering sympathy… 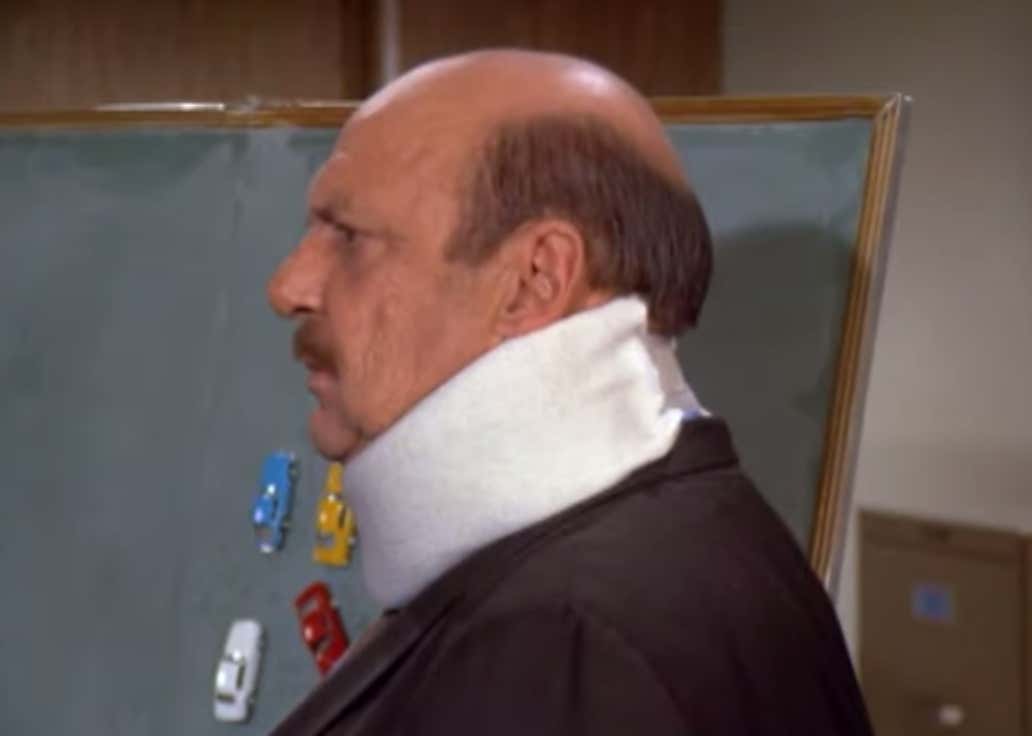 …but Mr. Brady is nooooo fool! He has a sudden & brilliant idea to throw his suitcase & make a loud noise in the BACK of the room… 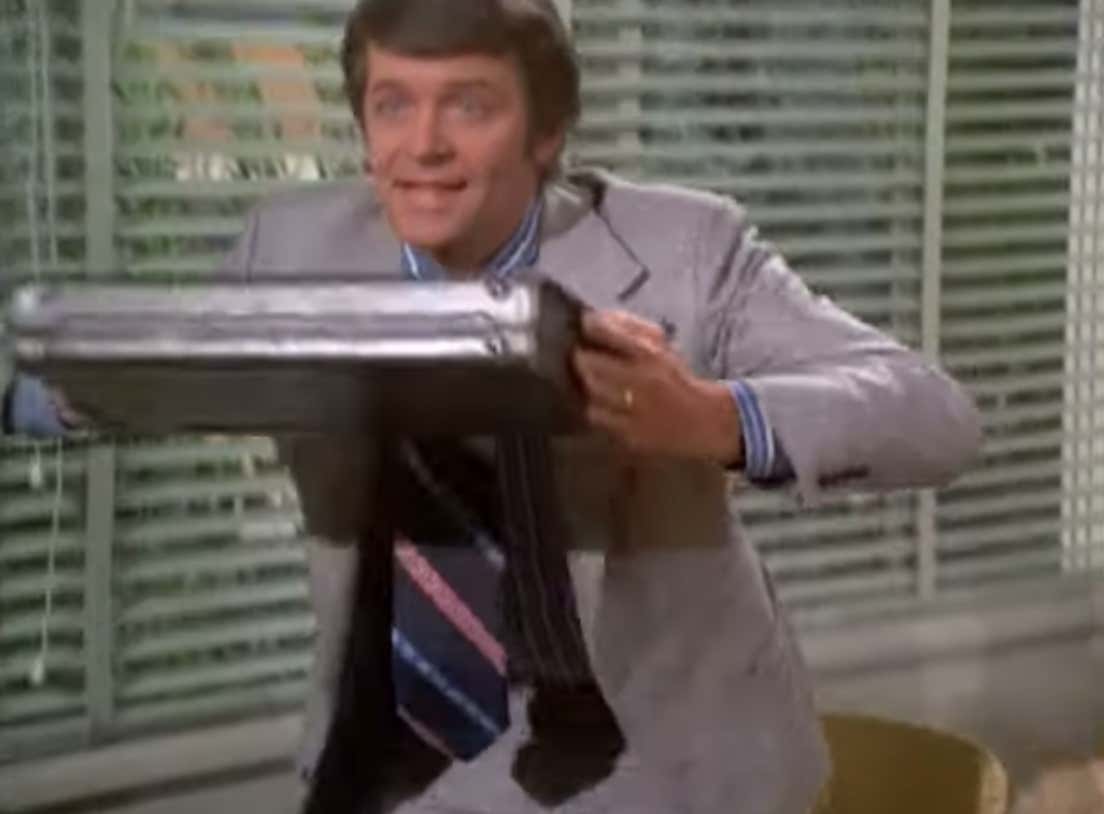 AND I'LL BE DAMNED… 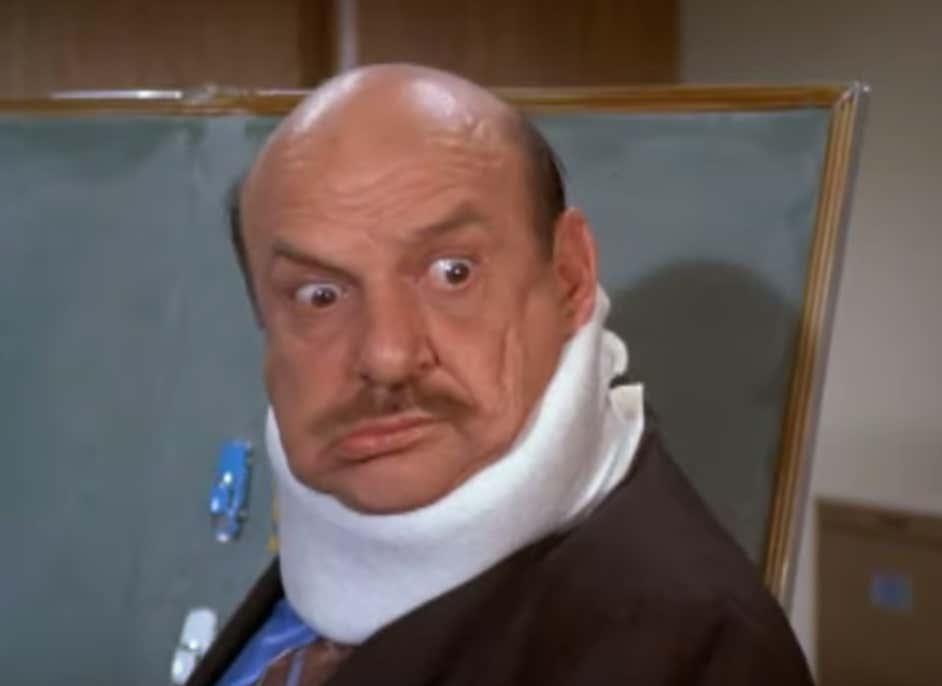 DUGGAN TURNS HIS FUCKING NECK!!! HE CAN MOVE IT! The case is dismissed & the Brady's are victorious in the face of greed.

Clearly Mr. Bardsley missed that episode & didn't realize you have to fully commit to it if you want to pull this off. You can't claim to be scared of heights & too hurt to lift & then take your ripped, Hulk body up a zillion steps only to drop it down a chute faster than a speeding bullet.

A slipperly slope from a sliding board…. for shame!