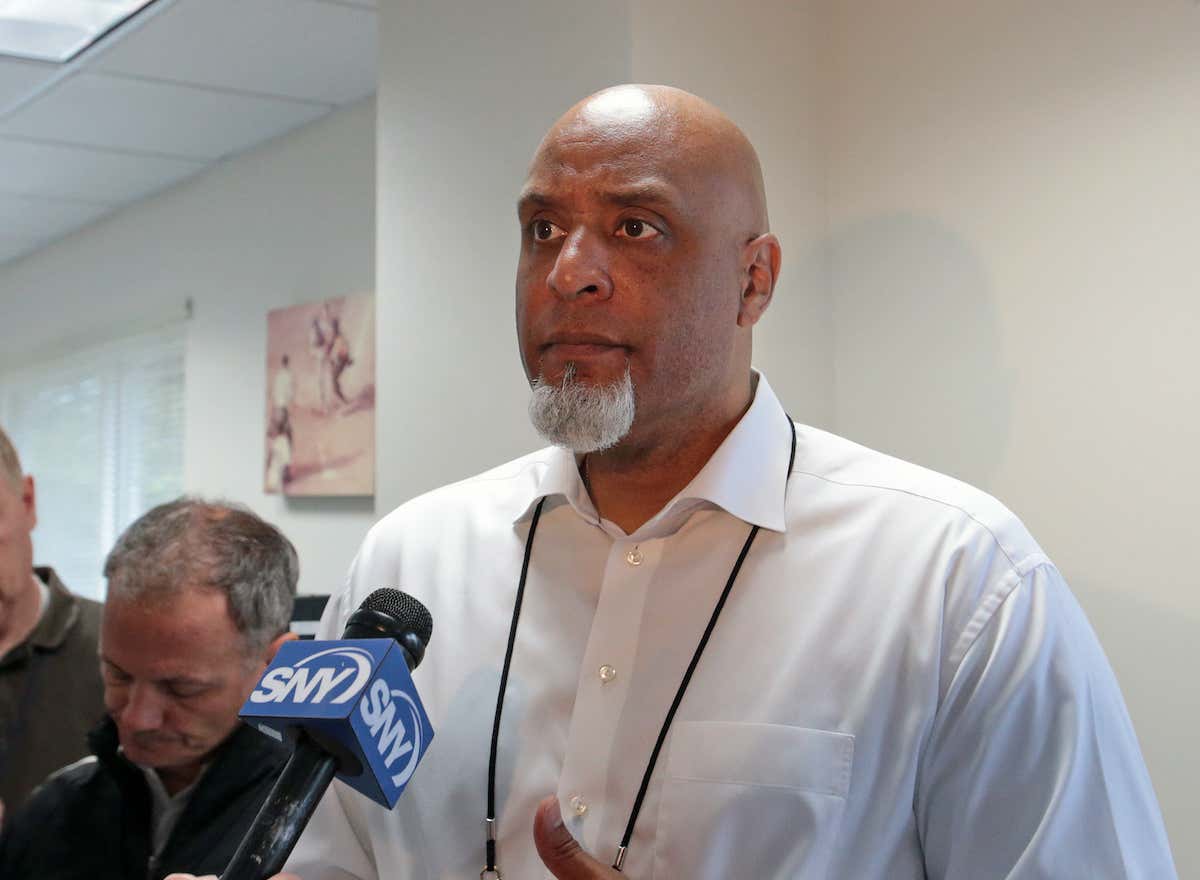 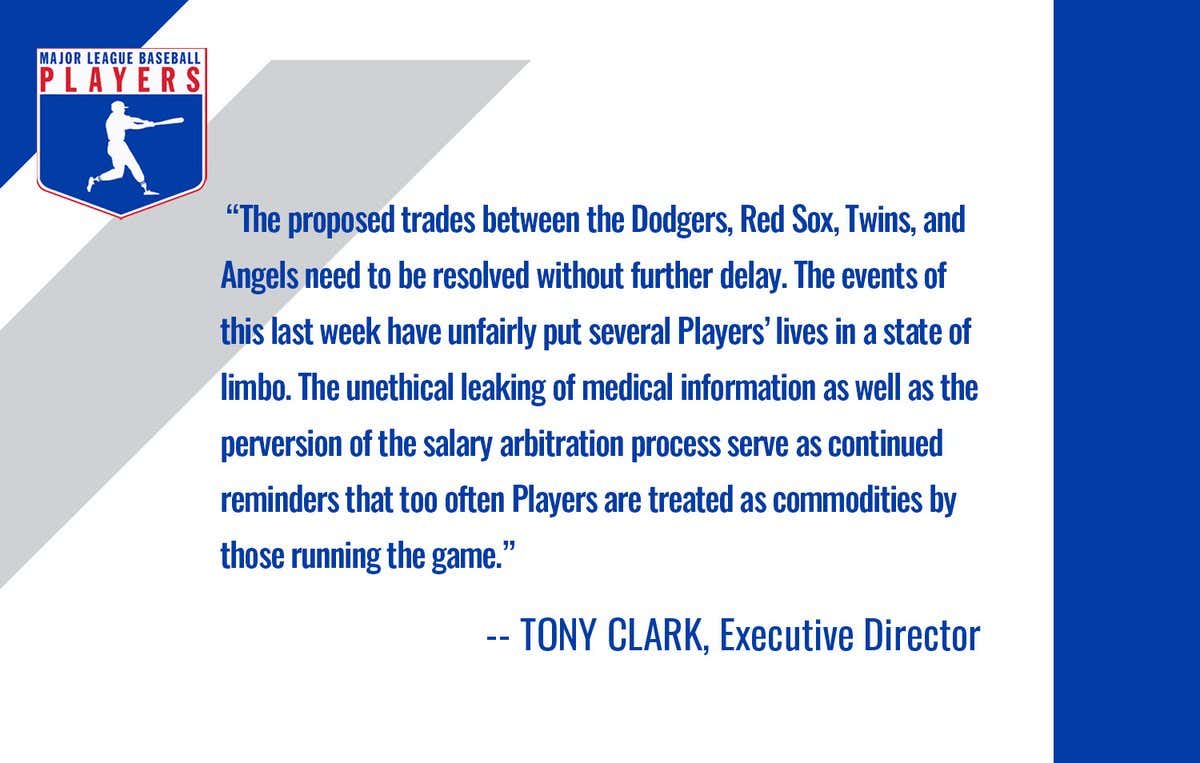 Couple thoughts here -- obviously the MLBPA has to come out and have their guys' backs. I mean, we're approaching a level of somewhat of a circus act with all of this. I must say, though, I'm loving all of the conspiracy theories that have been proposed over the last 24 hours or so. Some of them are a reach, but I'd imagine that some of them aren't far off.

Which ones, you ask? Well, I could easily see a scenario where the Red Sox are taken aback by the blowback they've received from their own fan base and the media alike. If there's one thing we know about this ownership group, they for sure care about what their fans are saying and this opinion is pretty universal -- we love Mookie Betts and we want him in Boston. And if you're going to trade him, you'd better make it worth it. Most feel that the return wasn't satisfactory.

The line about it being unethical to leak the medical information -- to my knowledge, I don't think I've seen a leak of what it was that the Red Sox specifically did not like. I suppose it's bad enough just knowing that the Red Sox think that Brusdar Graterol is damaged goods. I mean, the trade was broken on Wednesday night. It's now Friday night. Of course reporters are going to dig into what the fuck is happening and the Red Sox are wise to float what's going on because everyone in the baseball world is super invested in this story.

I've seen some folks say that the Red Sox are recklessly dragging Graterol's name through the mud in all of this, but that feels extreme to me. If there's an injury concern with a guy who's already had Tommy John surgery, then how many people are genuinely shocked by that news? Not anybody with a brain, that's for sure.

The line about players being treated as commodities got a chuckle out of me. Let's be honest; that's exactly what they are. Yes, they're human beings with lives and families, but this is part of the gig and they are compensated better than most people on the planet to deal with the business side of the game. This is part of it.

Most of the national reporters are saying that this deal still gets done. As time goes on, I'm not so sure it happens in the way that it was originally intended to. The Red Sox sent Mookie Betts and David Price to the Dodgers, the Dodgers sent Alex Verdugo to the Red Sox and Kenta Maeda to the Twins, and the Twins sent Brusdar Graterol to the Red Sox. But the reports are that the Red Sox want another top 10 prospect from the Twins to complete the deal? Why would the Twins give up two top prospects for Maeda when they were originally told that they could get him for one? Why would the Twins give up more so that the Dodgers can have Betts and David Price?

That's why I feel like the Red Sox are trying to get out of this original agreement. At the very least, they're milking the Graterol medicals excuse to get more for Betts and Price. Doesn't mean they won't still trade Betts and Price, but it just feels like they want out on the deal that was originally agreed upon. We shall see.

PS -- I wish we could've bet on the Dodgers winning their arbitration case against Joc Pederson. That was such an easy win. In just about every other case, you have the team and the player going to arbitration with the team stating their case for why the player should make less, and the player stating his case for why he should make more. But in every other scenario, the player still returns to the team that's essentially badmouthing them, so the team can't go too hard. The Dodgers are getting ready to flip Pederson to the Angels, so they can just let it fly. Easy win for LA.