Does this look like the face of the guy going home with the Super Bowl Halftime Show headliner and one half of the greatest Ass Off in history? 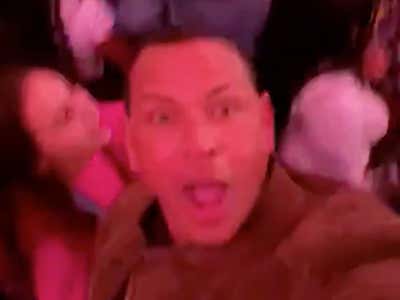 Yes, yes it does. Yet despite ARod turning into the real life version a YASSSS QUEEEEN tweet as his fiance crushed on the biggest stage on the planet, he somehow still hasn't had a better week than Big Cat's other boss. Upset City. At least ARod go to cut loose and didn't have to be a cameraman boyfriend since JLo was performing during the biggest event in the universe.

I don't think ARod's gonna shed any tears though.