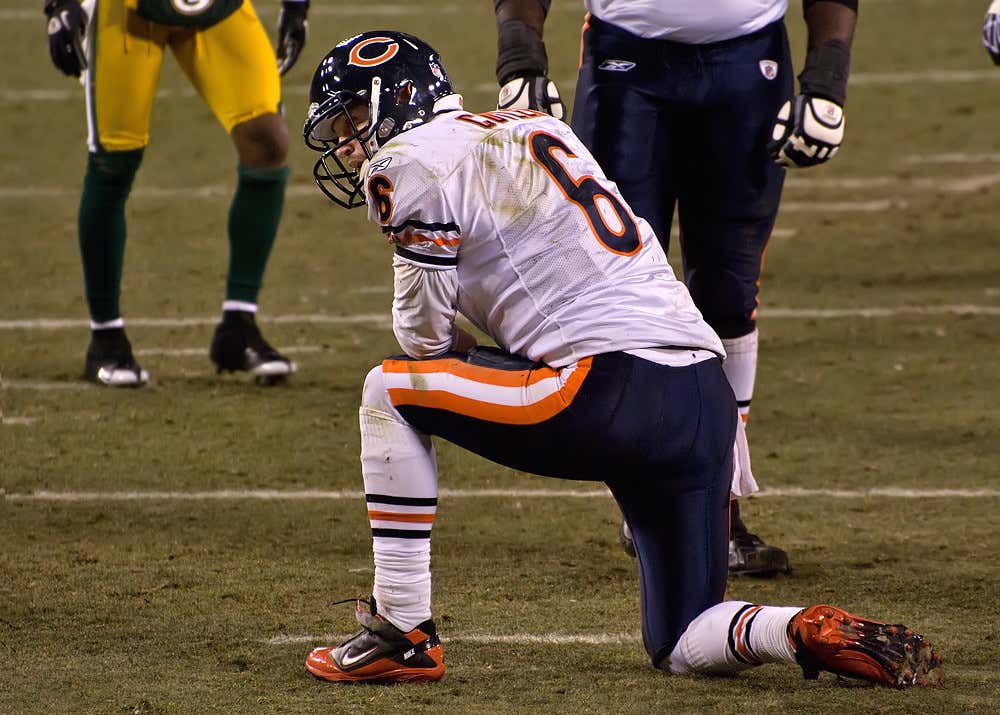 I meant to write this yesterday but got kinda wrapped up into the Penn National news with everybody else so my apologies. I know PMT does a great job with every interview that they do and that this is one is tailored right to me, but it really was amazing. From Cutler's chemistry with the guys to the Bears stories to him and Big Cat's relationship it had it all.

One of the best parts from Bears lore was them getting into Mike Martz:

God, how stupid were we? We just kept bringing in these "offensive gurus" thinking that they'd always be the one for it to consistently blow up in our faces time after time.

I don't want to give too much away because you should listen to it (I know most of you already probably have), but between Martz, his conversion van, the NFC Championship game injury, advice for Mitch, etc. it was just a fascinating listen now that it's been a few years since his ending in Chicago.