It seems like ever since 50 Shades of Grey was published people have been a little more relaxed about letting their freak flag fly. Whether you saw the movies, read the books, or simply had the privilege of seeing an 80-year-old woman devouring one on the subway, you KNOW what the book is about: enlightenment.

So now that we're all comfy cozy with the idea that everyone has a fetish or two they wish to explore, let's take a look at the map the fine people at Future Method developed based on each state's top Google search of fetish/kink terms. 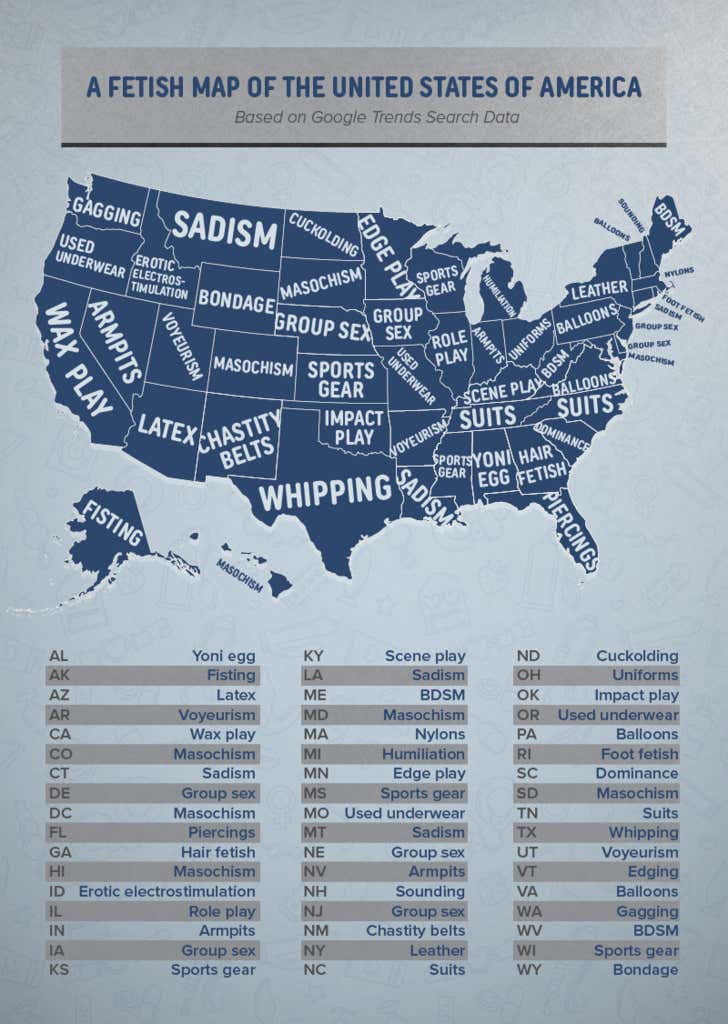 Right out of the gate, I have to give credit to the state of Alabama. Never, under any circumstance, would I have thought "Yoni egg" was going to be their #1 search. Masochism, role play, sports mascots, men wearing women's underwear - absolutely. But Yoni egg? Nope. 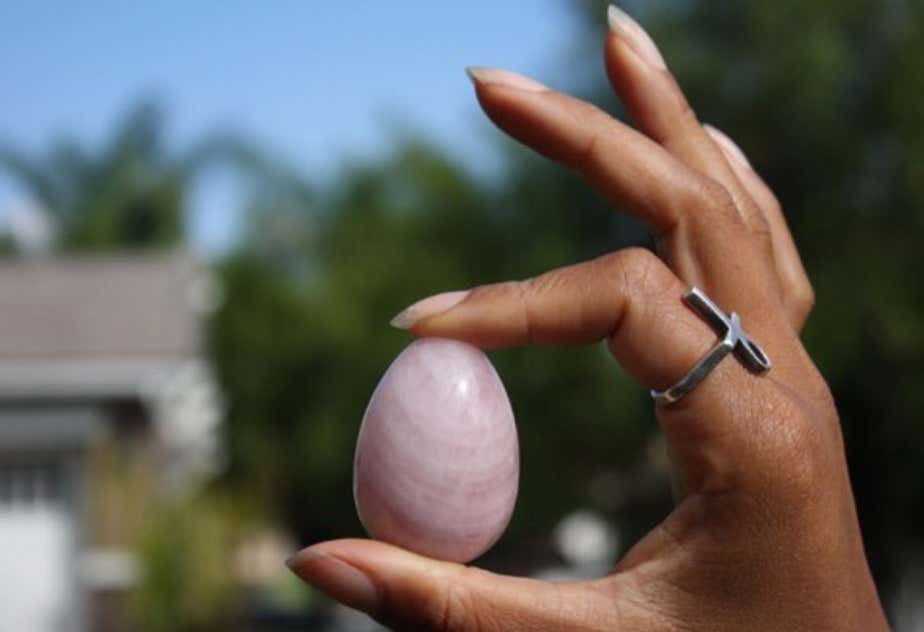 I apologize to every Alabaman (Alabamian?) I offended with my ignorant assumption. Women there work very hard to make their vaginas stronger and their orgasms more powerful. Shoving a stone egg up your v and holding it there for hours at a time deserves serious recognition and applause. Congratulations on having the tightest vaginas in the country.

Alaska, with on the other hand... 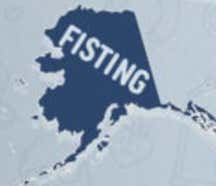 I get it. I hate being cold too. Anything to stay warm.

Same goes for you, North Dakota.

I wouldn't want to take my clothes off with 10-degree weather either. Certainly not when you can just ask the neighbor to take care of your partner's needs.

Utah is all about that life.

Think about how hard it is to keep one woman satisfied. Now multiply that by 5 or 6. You think a man married to that many women is going to take on the burden of personally satisfying each of their sexual appetites? Nah. But he'll effortlessly watch. No surprise there.

And neither is Oregon.

The state recycles and preserves pretty much everything, so of course they going to be turned on by the idea of used underwear. Do you know how much water you save by NOT washing dirty panties?!!!

As far as my home state and current state are concerned... I'm disappointed. "Whipping" for Texas? Really? Why on earth is that something Texans need to Google? You can walk down any Wal-Mart aisle and see some poor kid being whipped by his mom with his own belt. All of a sudden that's something people need to do research on? Sure dude.

And leather for NY? Over 40% of the state's population is in NYC, "the city that never sleeps." You can easily walk into a subway car and be surprised by a stranger's unwelcomed dick, and yet the best we can do is "leather?"

I hope your state represents.