If you haven't seen the Netflix docuseries Killer Inside: The Mind of Aaron Hernandez, you need to immediately. Even if you're familiar with the story and all the intricate/frightening details, the show is really thought-provoking. We all know life isn't objective; we each see it through a filter of our own creation from who we are and what we believe. Killer Inside highlights these filters. The result is a factual, sequential timeline that's colored with the perspectives of different people and their associated personal journeys.

However, there is one key person whose perspective you hear: Hernandez's fiancée, Shayanna Jenkins-Hernandez.

In the series, you hear recorded audio and see plenty of footage of her, but you never actually hear her point of view as she declined to participate (according to her). Considering this was the woman closest to Aaron (aside from maybe his aunt), of course you want to hear her thoughts on the situation! She was with him since they were teenagers. She knew him like nobody else could know him and, now, she may just be the only person who really knows how everything went down.

Today, for the first time since the series aired, you hear her thoughts. However, this is GMA, not some sort of tabloid tell-all. And this is Shayanna Jenkins-Hernandez we're talking about, the world's biggest ride-or-die, so no, she doesn't incriminate him in anyway shape or form. But that doesn't mean what she says isn't important, especially when it comes to his sexuality.

Does she still maintain his innocence?

"Yes. Of course I do. I'd be a cold person to leave someone who had nobody at all."

I don't know if there's a longer version of this interview floating around somewhere (if so, I couldn't find it), but when I first heard this I thought it was a very strange answer. "Yes he's innocent... but also I wouldn't have left him." You could argue most people wouldn't add the latter unless they were trying to reason why they stood by a murderer, but I'm sure her complete answer was far more elaborate. (The camera angle changes rather drastically so it was likely chopped up.)

What was in the documentary that shouldn't have been in?

"His sexuality. You can't describe someone's sexuality without them being here. Although I have a child with Aaron, I still can't tell you how he was feeling inside. No one can."

Yeah… I'm with her on this. Being married and having children doesn't prove anyone is straight. There are plenty of gay men who have lived a full, straight life before accepting who they really are. And in the majority of those cases, their wives had no idea. Completely blindsided.

There are also plenty of men who live their entire lives never fully accepting who they are. 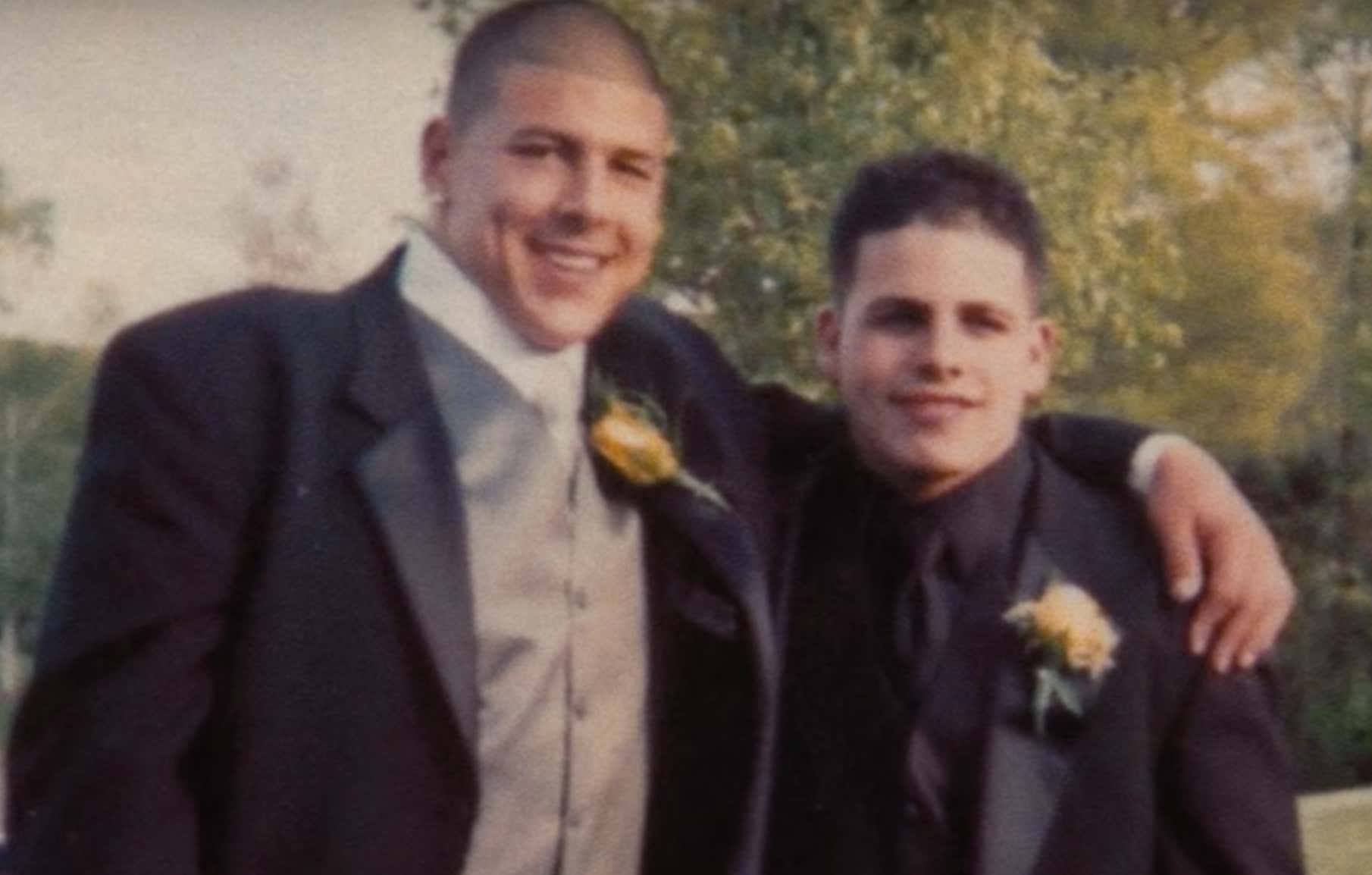 In the show Dennis Sansoucie, a high school buddy/teammate of Hernandez, claims they were intimate with one another. He says they were both afraid of admitting who they really were because their fathers were extremely conservative and unaccepting.

Jenkins-Hernandez said that she knew of Sansoucie, but doesn't know him well and he wasn't very involved in Hernandez's adult life.

However, she said through tears, "You start to feel for people that may be hiding inside how they really feel. And I -- I feel awful for that."

"If he did feel that way or if he felt the urge, I wish that I -- I was told. And I wish that he -- you know, he would've told me 'cause I wouldn't -- I would not have loved him any differently. I would have understood. It's not shameful and I don't think anybody should be ashamed of who they are inside*, regardless of who they love. I think it's a beautiful thing, I just wish I was able to tell him that."

*unless they're a killer

Maybe Hernandez was gay and too ashamed to admit it? Maybe that affected his teenage years and the rest of his life in a way no one can ever understand? Maybe it was a secret he wanted to take with him long after he was gone? All of those things could be true, but none of them change his actions.

This, however, isn't really about him.

This is about Jenkins-Hernandez. I can't even imagine the unbelievably heavy burden she carries around with her every single day of her life. All these years later and she's still answering questions about her fiance, and I'm sure for the rest of her life she is going to have answer questions. About the murder(s), his sexuality, his final days, his suicide, etc etc etc.

More importantly, one day their daughter, now 8 years old, is going to start asking questions. Maybe they've already begun. How the hell do you have that kind of conversation your kid?!!

When you look at things from her perspective, the narrative certainly does change.