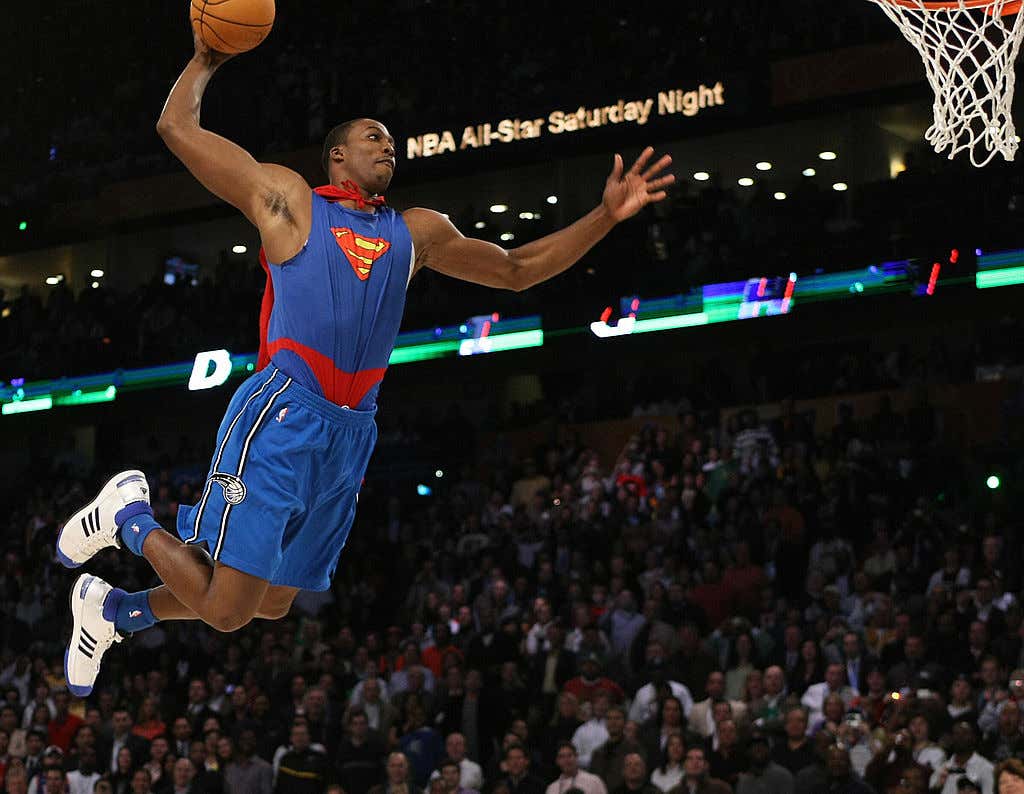 Ah yes, the Shaq/Dwight Superman beef. A tale as old as time really. To be honest I didn't even know Shaq still got all bent out of shape about this after the two had their little back and forth over the summer from something that all started years ago

but it's pretty clear he's still sensitive about the nickname. According to Shaq, there can only be one Superman (him), which is funny because it's clear Shaq forgets going on TV and doing this

Whoops! Sounds like it's not a situation where nobody can be Superman and it's just Dwight that can't be Superman. Shaq really hates this dude huh. He went on to say that when they announce the Dunk Contest Kenny can't even come close to saying anything related to Superman which means one thing. Dwight Howard 10000000% has to bring back the Superman cape for this contest. We need a THIS LEAGUE moment where he is trolling the shit out of Shaq for the world to see. It clearly still bothers him and it would bring some much needed spice to an event that has been a bit boring as of late. The thing with Shaq is you know this isn't a bit, especially when it comes to Dwight Howard. He hates that man for whatever reason and is not shy about it. Remember when Dwight first signed with the Lakers?

I know things are going well for Dwight and the Lakers and the team probably doesn't want any drama, but come on. If we don't get some Dwight Superman stuff at the dunk contest with Shaq in attendance then this is not the drama filled NBA that I know and love.