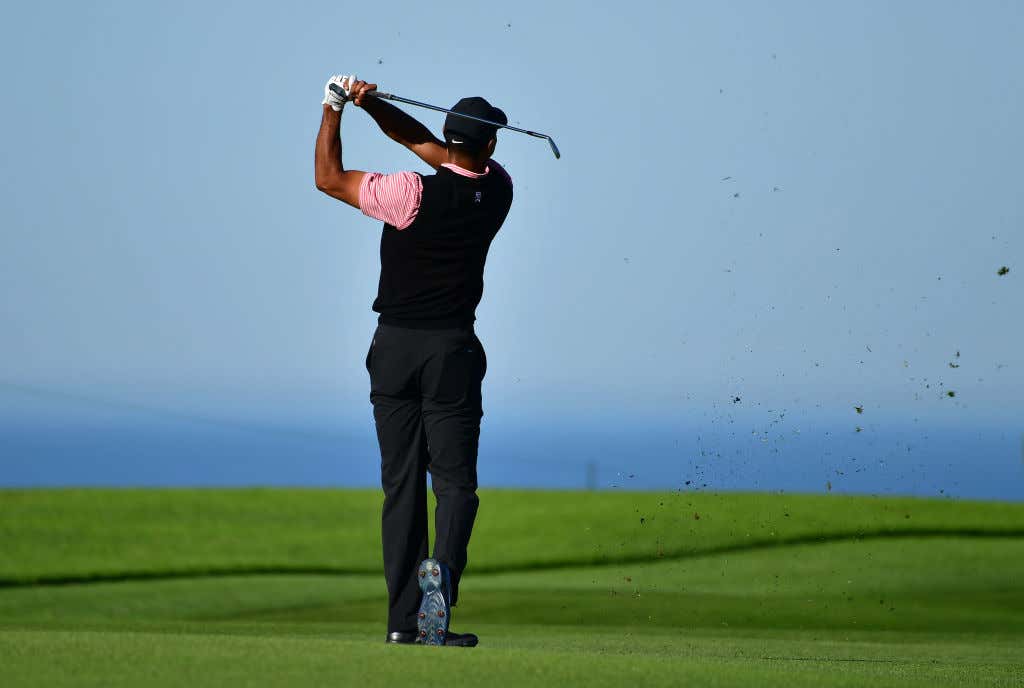 He forced that playoff with this putt.

Tiger likes this place. A lot. He’s been winning here since he was a kid and, well, objectively, he just looks majestic here.

Listen to this sound! 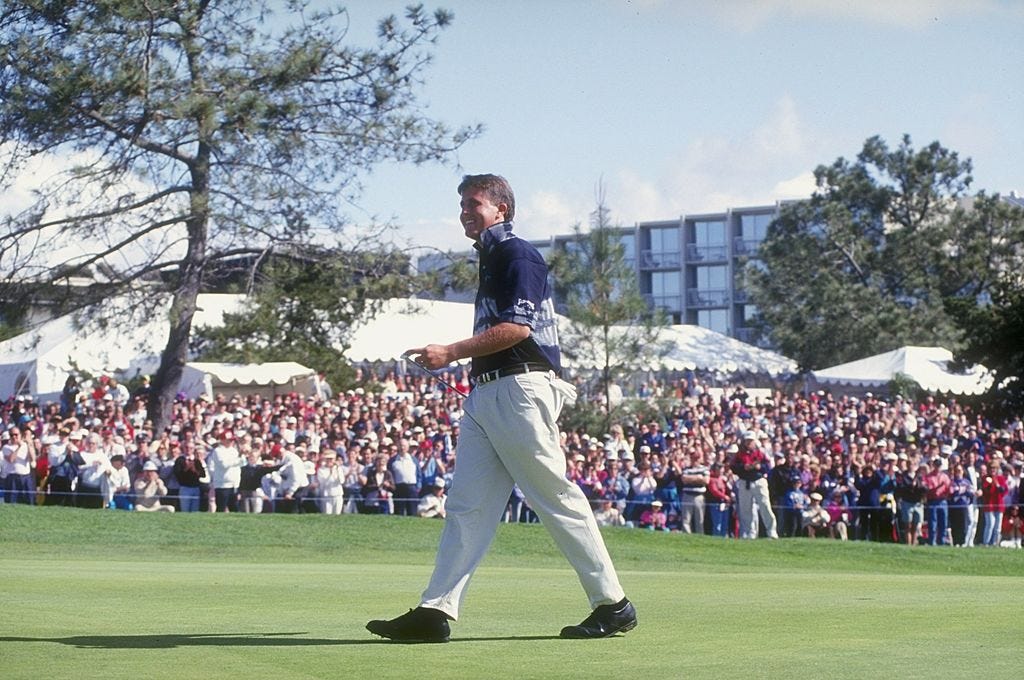 The event began here in 1952 as the San Diego Open. It’s taken on a few different title sponsors until, in 2010, it became the Farmers Insurance Open. Beyond Tiger, Phil’s won here 3 times and many of the greats — Arnie, Jack, Tom Watson, Johnny Miller — have all won the Farmers Insurance.

It’s a historic stop and a staple event of the PGA Tour. Big names play and big names win here.

In 2017, Jon Rahm — currently one of the hottest players in the game — notched his maiden victory here in heroic fashion.

Rham’s the second favorite this week, going off at +750. 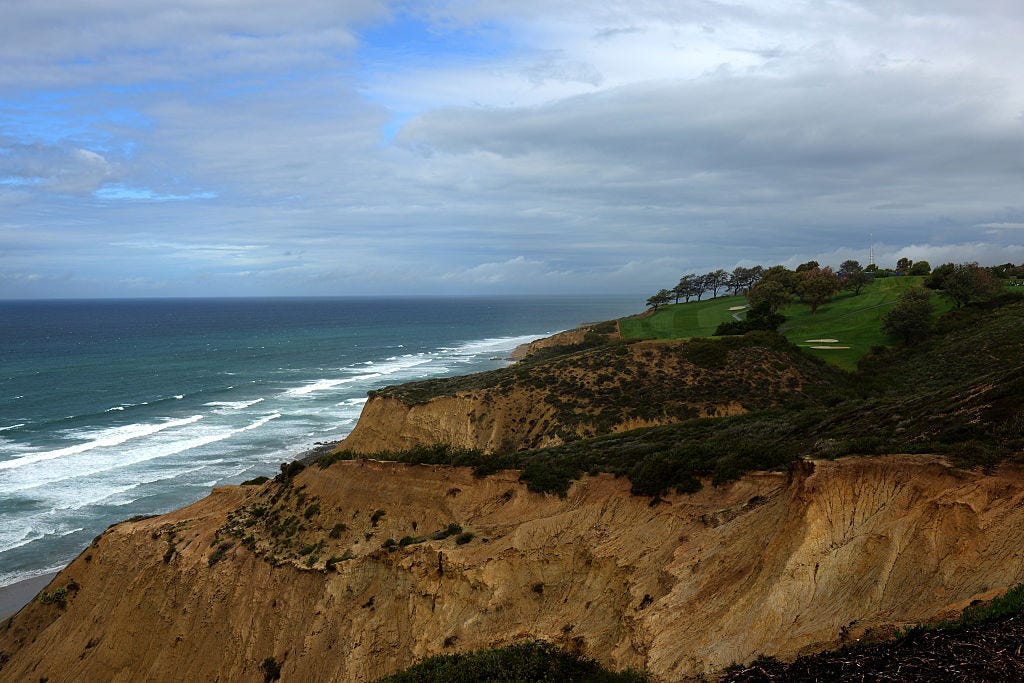 There’s a North and a South Course and both will both be in play this week. For the first 36 holes, players split between the two. For the final 36, they play the South Course so that’ll be our focus here.

The North Course went through a $12M renovation a few years ago, but The South is the tougher of the two. The South actually underwent some renovations last summer in preparation for hosting next year’s U.S. Open.

Here’s some insight into those changes via San Diego 10 News (lol):

Respected course designer Rees Jones, who helmed the last major renovation to Torrey Pines in 2001, examined advanced analytical data from the 2019 tournament, studying where the pros are hitting their shots. Jones used that information to recommend changes, moving several bunkers to locations that will force players to make a difficult strategic decision on how to approach the hole. Jones also worked to bring Torrey Pines’ cliffs and canyons closer to the action, bringing them more into play. 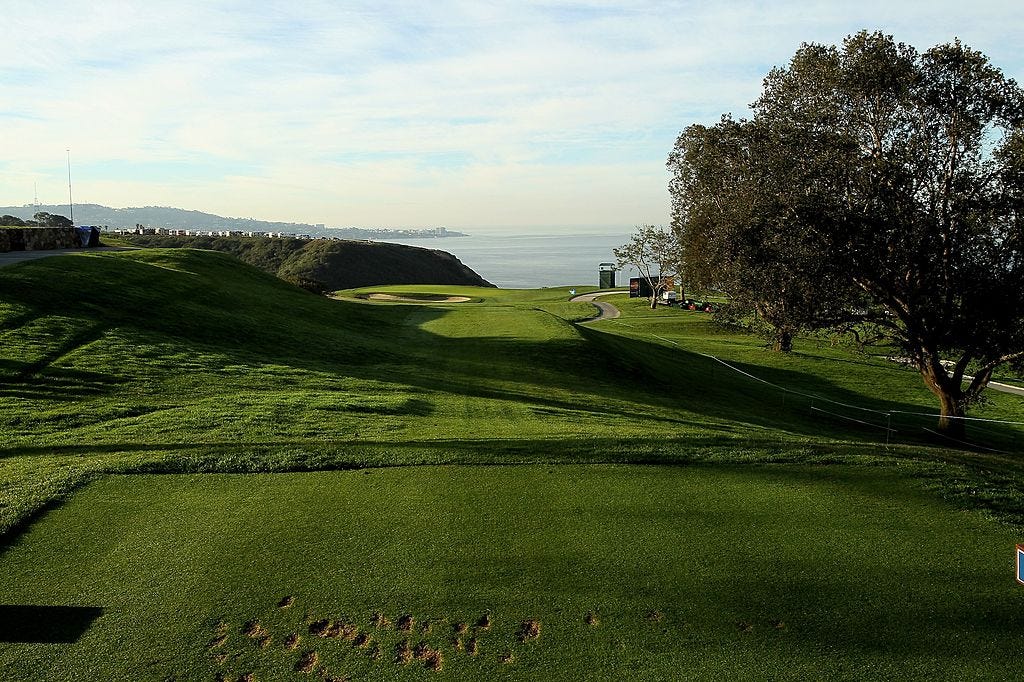 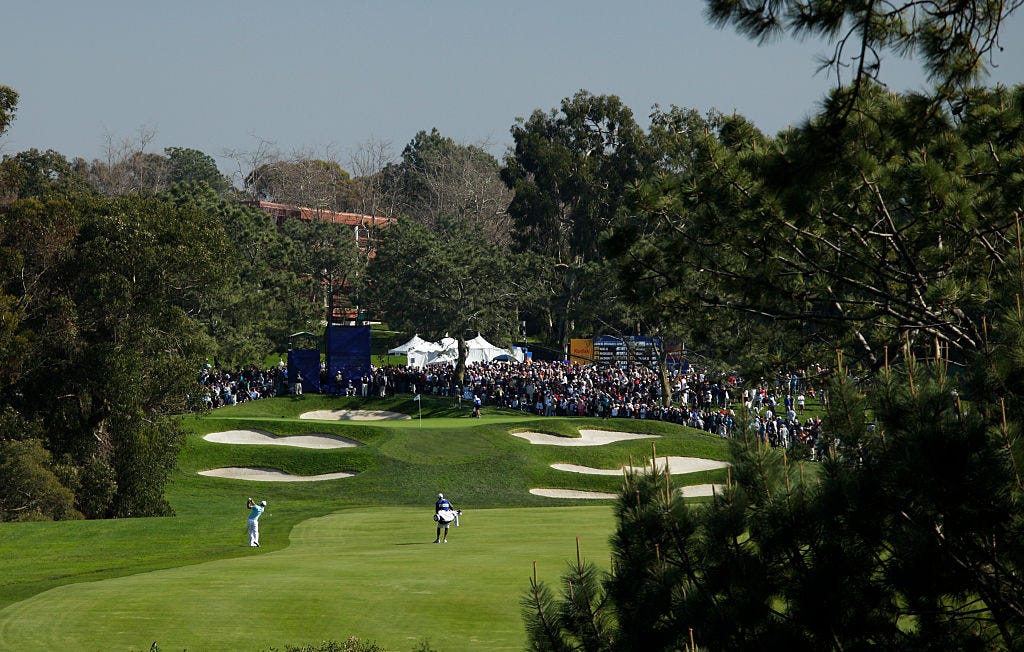 This one’s a beast but it’s very dependent on the wind. If it’s into, few guys will get home in two. If down, we’ll see some eagle looks.

Phil famously posted a niner in the third round of the ’08 Open.

Tiger, that same day, did this. 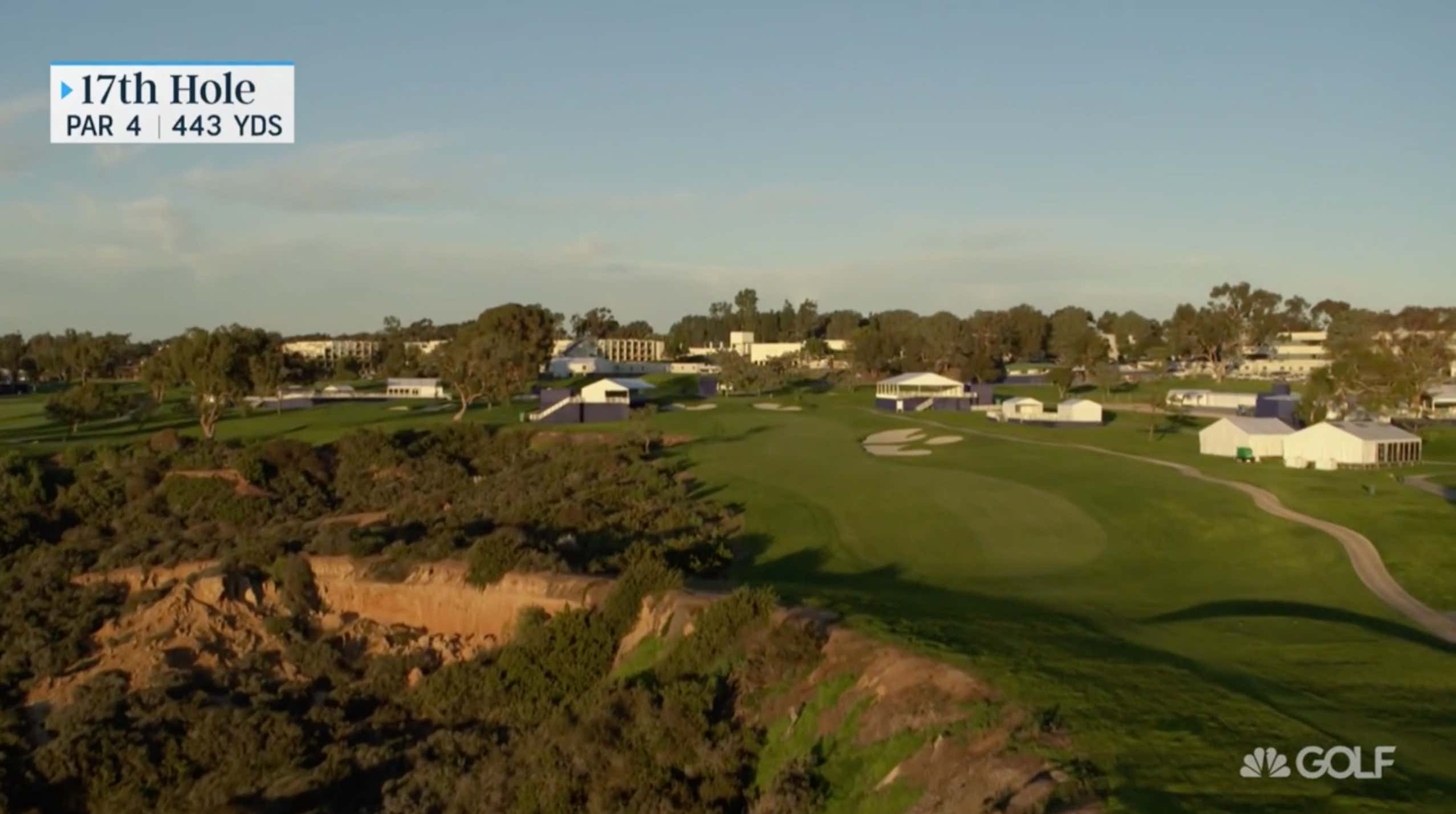 Snagged this screenshot from our very good friend Geoff Shackelford breaking down some of the changes. They move the fairway left towards the canyon to bring in more trouble and make the players think a bit. Should be a little more interesting down the stretch. 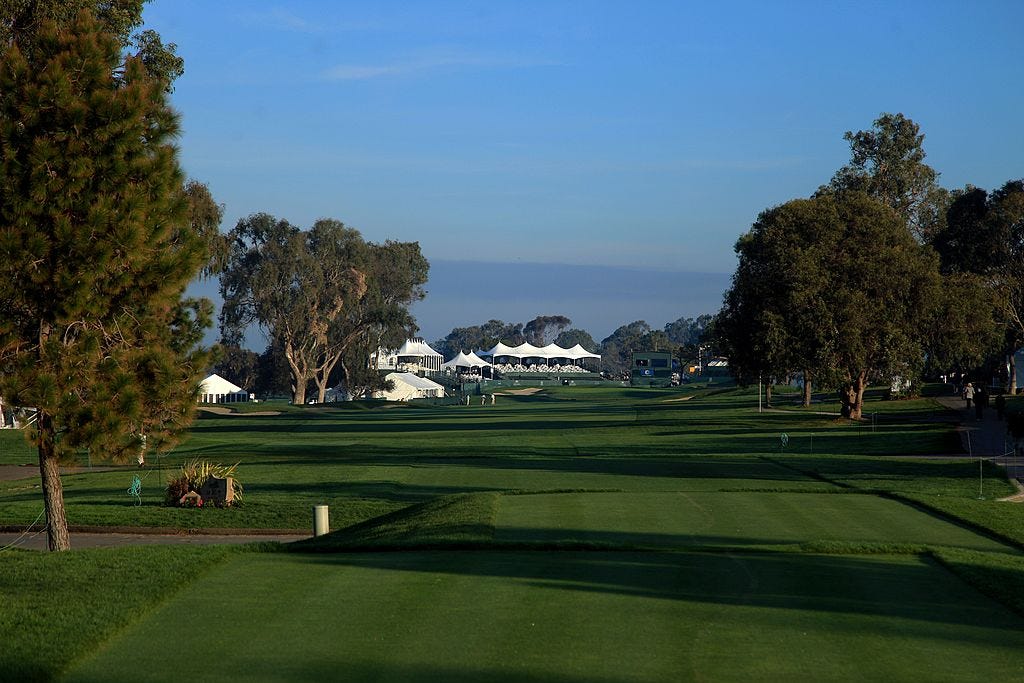 The 18th brings the drama, from Rahm in 2017 to Phil asking his caddie Bones to tend the flag from 100 yards out…

And much more but I honestly don’t know if our website can support such media. 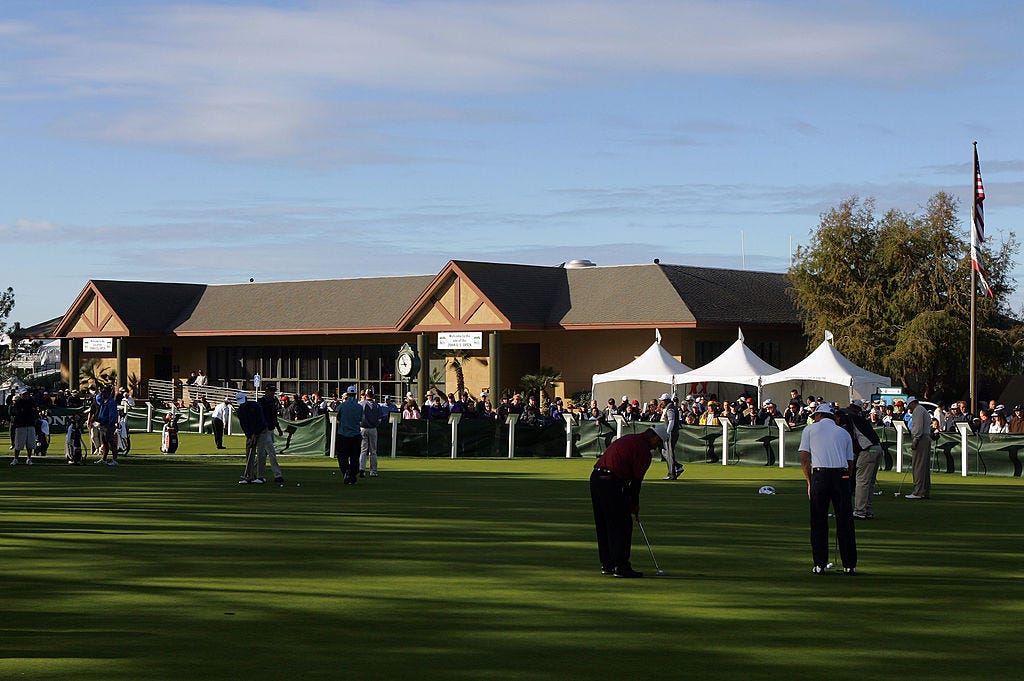 I gotta get to southern California man.

Here are your betting odds. 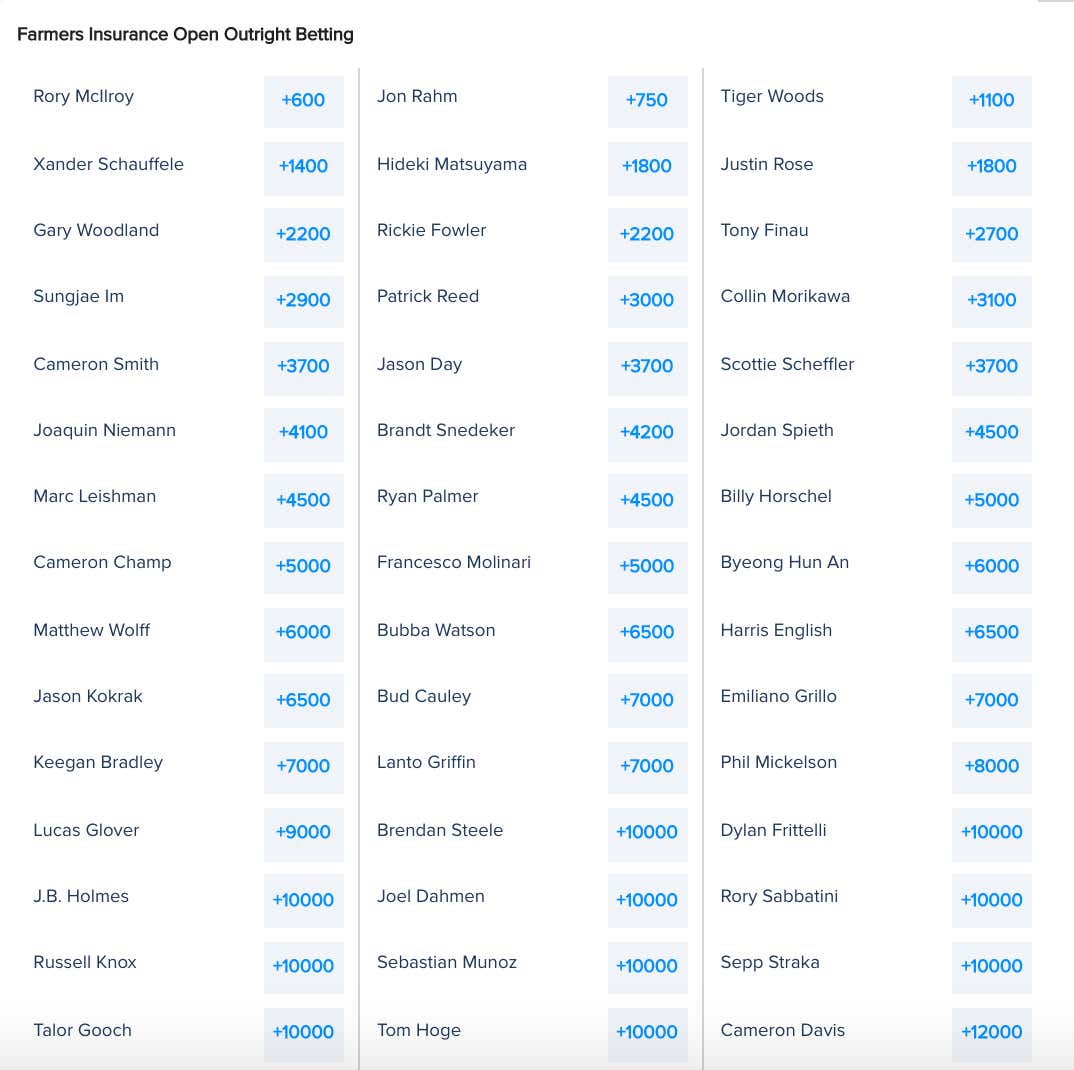 I mean come on. What do you think we’re doing here? What do you think this is? Tiger Woods has won here professionally 8 times. His last 3 showings he won the Zozo, held the back-nine lead at the Hero, and went 3-0 while captaining the winning American Presidents Cup team at Royal Melbourne.

Three of the last six winners have finished single-digits under par here, but Rose went nuts and posted 21-under last year. With the renovations, I don’t think that’ll happen again.

Tony Finau is 27/1. I don’t know that that’s necessarily a hardcore dark horse pick but he bombs the ball and he flirted last week after posting a 10-under par second round. 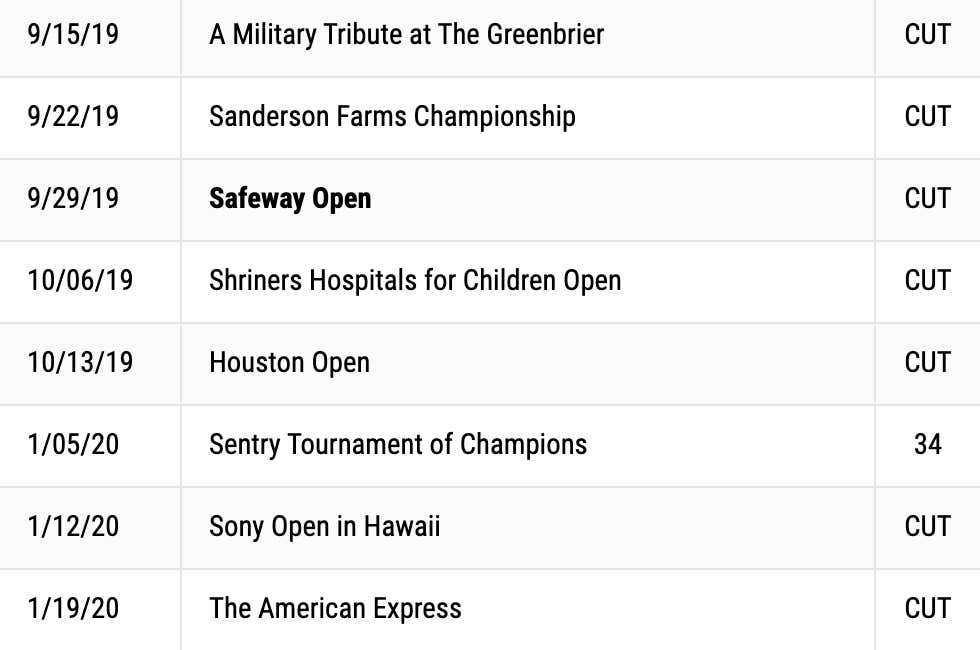