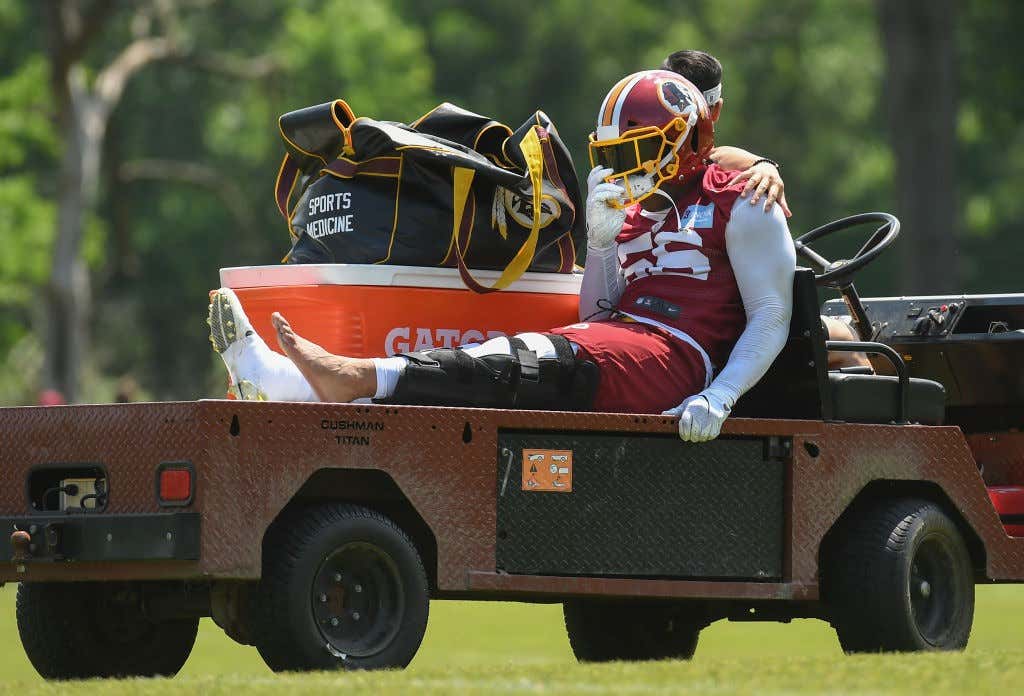 ProFootballTalk - Washington linebacker Reuben Foster missed the entire 2019 season after tearing the ACL, LCL and MCL in his left knee during an offseason practice and his recovery from those injuries has been complicated by nerve damage.

“He’s regaining feeling and power,” Kawa said. “It shows the nerve is firing. When he moves his leg upward, he can feel around the ankle and the top part of the foot. That’s a new thing. The next 60 days are going to be big as far as getting back to normal.”

8 months. That’s how long it took Reuben Foster to regain feeling in his foot after tearing his ACL, LCL, and MCL in his left knee. 8 entire months. That’s crazy. It got me to thinking how often this might happen in the NFL and we have no idea. Let’s say a guy gets injured in preseason game number 2. A 7th round pick or an undrafted free agent trying to make the roster. He tears his ACL in the 4th quarter of preseason game number 2 and you never hear about him again. Poof, gone, you never think about him again. But in reality, his entire world just changed forever and it’s never even thought about. If he reacts a half of a second differently on that play, he doesn’t tear his knee. Maybe he makes the tackle, makes the team, and becomes an All Pro linebacker. But instead, he slipped on a wet patch on the field, twisted his knee 360 degrees, and his entire life is changed forever. He can’t walk, he doesn’t have feeling in his foot, and his football life is over. I can’t imagine how many guys this has happened to.

Blows my mind that while an entire season happened, while we were penciling him in at linebacker on next year’s depth chart, he was at home wondering if he’d ever get feeling back in his foot. And he still hopes to return to football:

The hope is that Foster is well enough to participate in training camp in some form, but it will be some time before anyone knows if that will happen.

The human body is a miraculous thing. You can tear every muscle in your knee, lose feeling in your foot, and then return to playing in the NFL in a year. It seems impossible to fathom. Nothing is for sure, and they are saying the next 2 months are big for his recovery, so we will see what happens.