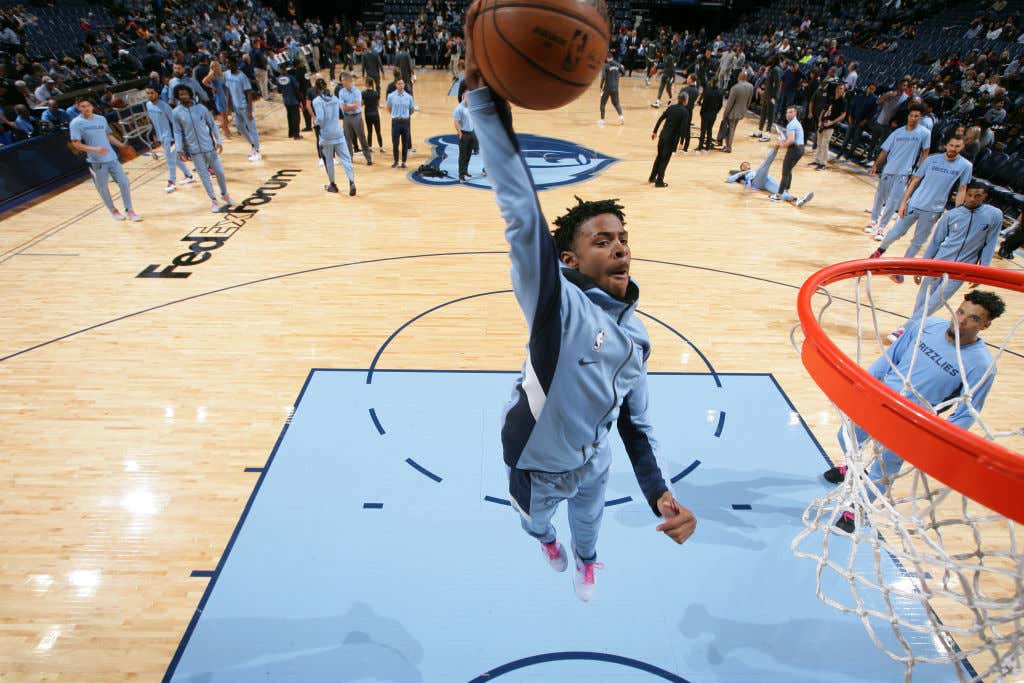 Maintaining good health for the duration of the season is his main priority, sources said.

Morant, the No. 2 overall pick, has been cautious in his recovery from back spasms that occurred as a result of crashing into a baseline camera operator in November.

The 6-foot-3 point guard out of Murray State has had some of the league’s most jaw-dropping dunks this season, and fans wanted to see his skills on display in the contest.

Well this stinks. Predictable, but unfortunate. Personally I was hopeful that the best dunkers in the league were going to participate this year once we got Dwight Howard on board. We're still waiting to hear if Zach LaVine accepts his invitation and seeing as how this is in Chicago that feels like a no brainer. Same with Aaron Gordon last time I checked but maybe I missed his committment. We do know that Derrick Jones Jr has signed on to participate and that dude can jump with the best of him so there is still potential that this year's contest brings the heat. Lord knows the Dunk Contest needs all the help it can get in becoming watchable again.

You can't really blame Ja for sitting this one out though. Same with Zion. Two guys that would have been awesome to see but Zion just learned how to walk again and with Morant balling out and carrying the Grizzlies to a current playoff spot it's simply not worth the risk. Especially since he has those back issues. Even if that's like 75% bullshit I can understand going this route. As long as he doesn't pull a LeBron and be a scared little bitch and actually competes in one of these things eventually it's whatever.

Now if the only legit dunkers we get are Dwight and Derrick Jones Jr, well then we have an issue here. But I'm still holding out hope that Gordon and LaVine give the people what they want and commit. All I want is the Dunk Contest to be great again, that shit used to be so much fun and must watch television. They have the power to bring it back to the glory days and I feel like if voting LaVine into the All Star game is what allows this to happen, just put him in.

Sadly, with no Morant I guess we'll just have to settle for his in game dunks