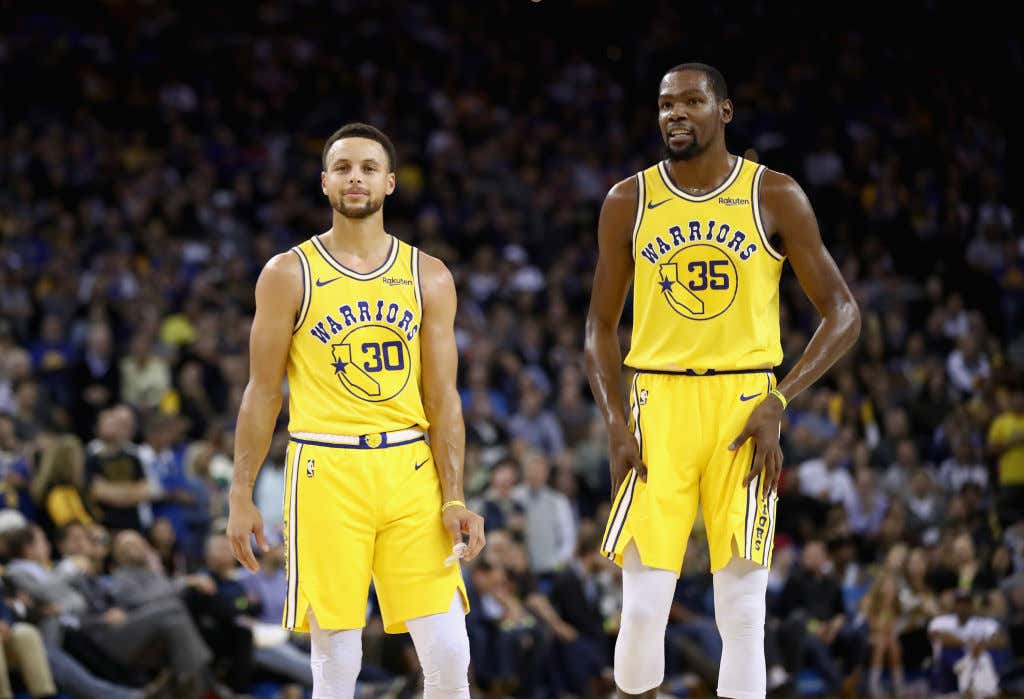 I'll tell ya what, nobody does petty like the NBA. As we all know, Kevin Durant as a ton of time on his hands this season while he recovers from his achilles injury and as a result he's made a few appearances on different podcasts and done some Q&As where he is often asked to give some sort of ranking. It's always a subjective question and he's certainly entitled to his opinion, but one thing in pretty clear. He refuses to acknowledge that Steph Curry exists. For example remember at the start of the year when he was asked to list his all time starting 5 of former teammates?

Steph was nowhere to be found which was a bit odd seeing as how he's only the greatest shooter ever. I get it, at the time he had to pander to his new teammate Kyrie, but that was a jab and there's no two ways about it. Well KD was back at it again the other day when he took over The Boardroom's Twitter and was asked this question

Hmmm, once again there is no Steph Curry. Seems like a weird person to leave out when you consider against KD teams Steph is averaging 25/4.5/6.9 on 50/44% shooting. Now the beauty here is once the internet got wind of this list it was time to do what the internet does best. By that I mean create a 2 minute video of nothing but Steph Curry cooking Kevin Durant

I dunno, seems like Durant had some issues in that video. And since I know he's reading this, Kevin, what's the deal man. Why do you keep leaving Steph Curry out of all these questions? We all know you were the main reason the Warriors won those two titles, is it because you resent how Warriors fans loved Steph more than you no matter what you did? This just doesn't feel like an accident is all I'm saying and I'd love to know why. Is it possible you just keep forgetting one of the greatest players to ever play? Seems unlikely.

In an ideal world Steph is keeping mental notes on all of this shit and will unleash absolute hell when these two teams meet next season. There are few things more entertaining than a motivated and cocky Steph Curry, and something tells me he'll have those games circled.