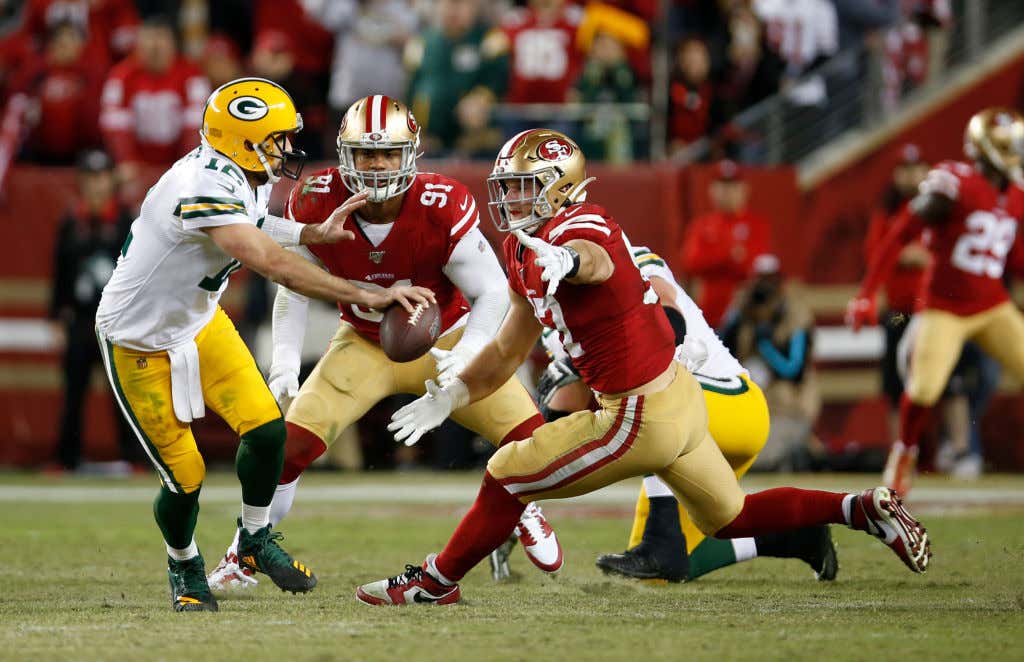 The game against San Francisco in week 12 was an absolute ass beating. There's no need to beat around the bush or attempt to soften the harsh reality of that game: the Packers stunk it up. Aaron Rodgers fumbled the ball on the very first drive of the game. Bryan Bulaga was out for over 3/4 of the game. Geronimo Allison dropped balls left and right. To paint a clear picture: the offense didn't convert a 3rd down until the very last garbage minute of the game.

And the other side of the ball wasn't much better.

So yeah, I definitely did not want a Green Bay in San Fran situation.

Rodgers, on the other hand, knew what was coming.

"I think you're just in denial if you don't think about the implications with a 'Dub' or an 'L' this week and how that affects stuff down the line. That's why I said, the way we look at it, we're going to have to win there one time the rest of the year. It would be nice to get it done this week."

They didn't get it done then, but after the game, he stood by his pregame sentiment and followed it with:

"We will be ready if we see them again."

Now here we are, 4 days away from the NFC Championship game in California just as Rodgers predicted. The big question is… are they ready?

They step into the game as 7.5 point underdogs against the home team that ate them up nearly 8 weeks ago. People are EXTREMELY fixated on this. That past loss is a clear indicator of the inevitable loss that's bound to happen this Sunday. Duh.

It doesn't matter that since that game, the Packers haven't lost a single game. Not one. Or that in that same time frame, the 49ers have lost two games, one of which was at home against the Falcons. It's totally irrelevant that Rodgers looked like vintage Rodgers last week against Seattle. The fact that he's comparing his connection with Davante Adams to what he had with Jordy Nelson also means nothing. Defensively, the Smith Bros are tearing it up and last week alone they pressured Russell Wilson 18 times. But that's not important.

And neither is what Matt LaFleur and Rodgers have to say about it.

"Have you ever been in a match where everything went wrong and then time elapsed. Weeks, months, years later you came back to the same matchup and things were different."

Nah, they lost 8 weeks ago.

Put everything you own on San Fran.