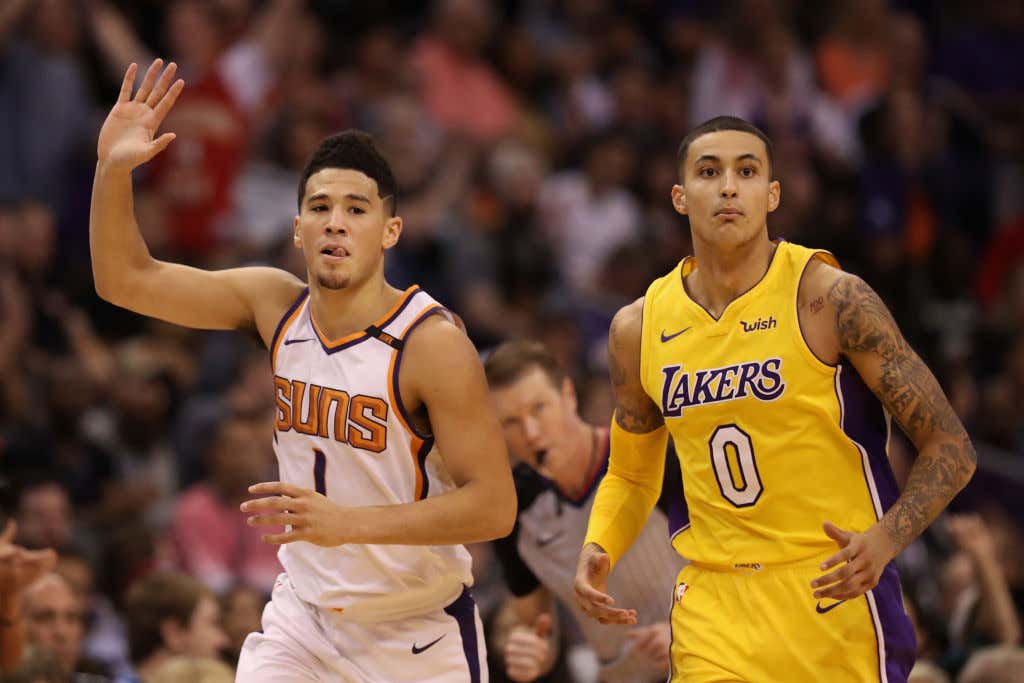 This is it folks. This is why Stephen A is the GOAT and why these shows are so much fun. Oh really? The Lakers should trade Kyle Kuzma for one of the best shooting guards in the entire NBA? What a brilliant idea! I dare you to try and find the flaw in that idea. You can't. If the Lakers don't flip Kuzma for Booker then LeBron should be fired as GM of the Lakers. This is the beauty of this time of year. Big market teams and their fans simply think their young players value is high enough that they should be flipped for another team's star. Trust me, I root for the Celtics and this is our bread and butter. So of course according to Stephen A Kuzma's value is Devin Booker, duh. You're an idiot if you suggest otherwise despite what logic and your eyeballs tell you.

The best part of Stephen A's idea is there is a negative infinity percent chance this could ever happen. Like you hear far fetched trade ideas all the time once the calendar turns to January but this is another level. For starters the Suns hate the Lakers and always will. Now they are going to give the Lakers their best player for Kyle fucking Kuzma? Fantastic. Then there's ya know, the whole money thing. You see Kyle Kuzma makes $2M a season. I know I'm a blogger and not a math guy, but that seems like it may be a little less than what Booker is making, which is important to factor in when thinking about trades

Ah yes, the old swap a $2M player for a $28M player trade. Why hasn't anyone thought about that before? For the Lakers to even get close to that number it would require them to gut nearly their entire roster. I'm pretty sure Stephen A wasn't talking about some massive 3 team deal, but even if you want to pretend that's what he was talking about why the fuck would the Suns do that? What package could they possibly get that would be better than their 22 year old franchise player who is locked up for the next 5 YEARS.

I don't know why but that whole segment made me laugh. It's almost as if Stephen A thinks that teams around the league will just give the Lakers their best players simply because they are the Lakers. Who cares if it makes virtually no sense, it sounds good and at the end of the day that's all that matters.

All this was missing was the "I've been told" or "People are saying" bit from the GOAT during that segment. But deep down even he knows what he is saying is complete bullshit but that's why he's the king.