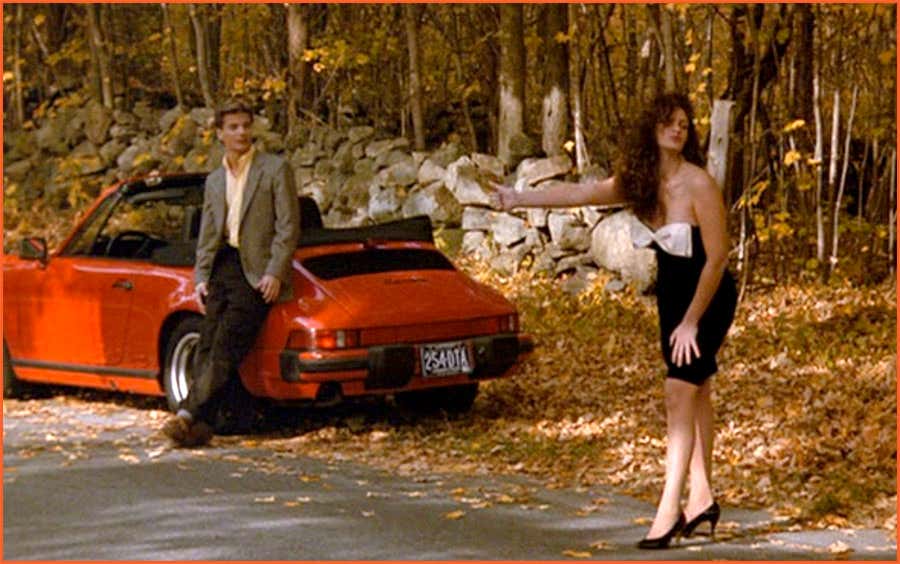 The days of pulling over to pick up hitchhikers have been over for a while, but apparently the days of helping a young couple stranded on the side of the road have also come to an end.

ISJ - The incident began to unfold around 8:40 p.m. Saturday when the father... with his two children under age 12 in the back seat... spotted a 2015 Dodge Dart stranded in the interstate's snow-covered median near the East Clark Street exit, state police said.

The father pulled over on the icy interstate to help Aguirre and Torres with their stranded Dodge Dart, which had slid off the freeway. But when the father got out of his car, Aguirre and Torres jumped into his Pontiac and sped away, heading southbound on the interstate with the man's two children still in the car's back seat, state police said.

What the fuck is wrong with people! This man just pulled over and got out of his car in the freezing cold to help complete strangers, and they reward him by stealing his car! With his children in it?!? I understand if you're a criminal and you set out to steal a car, you're probably not the most morally-driven person in the world, but there is a HUGE difference between stealing a car and kidnapping children.

Even if you are the biggest dick in the world and rob people who are only trying to do a good deed, wouldn't you draw the line at, oh let's say, stealing children? Wouldn't that be the point you turned around and pulled a "haha just kidding, we weren't actually going to steal your car?" Or here's a thought, maybe don't steal that car and wait for the next child-less car to come about? OR maybe just stop being a piece of shit human?

Not these two. They are the soulless faces of crime.

When the man dialed 911 to report that his car with his children inside had been stolen, several state police responded to the incident.

Around 9:10 p.m. Saturday Pocatello police spotted the Pontiac outside a residence on Dolbeer Street and kicked down the home's door, finding Aguirre and Torres inside.

The two suspects were arrested without incident but the two children were not with them. Aguirre and Torres were uncooperative with Pocatello police when asked about the whereabouts of the children so police resumed their search, authorities said.

Not only did they kidnap two children, but then they refuse to cooperate with the police on their whereabouts. They were already in handcuffs, the jig was up, this was the time to come clean. Maybe confess to not knowing the kids were in the car when they stole it and give officials all the information they need, even if only with the intent of de-escalating their charges.

Around 9:20 p.m. Saturday a relative of the children's contacted police to say that the two children had escaped from Aguirre and Torres and had walked to the relative's nearby home on South Fifth Avenue.

These are no ordinary, everyday kids. These kids are special. They weren't going to wait for law enforcement to do their thing and come rescue them. Who knows when that would be or what was going to happen?! They saw their chance to escape and got the hell out of there, outsmarting two grown adults in the process.

What could have been a very different story all of a sudden turns into a tale of two brave and clever kids reunited with their father. The bad guys are in jail and the good guys are safe.

I'm sure their dad is extremely proud of their courage, but maybe the days of setting a positive example by being a good samaritan have come to an end.