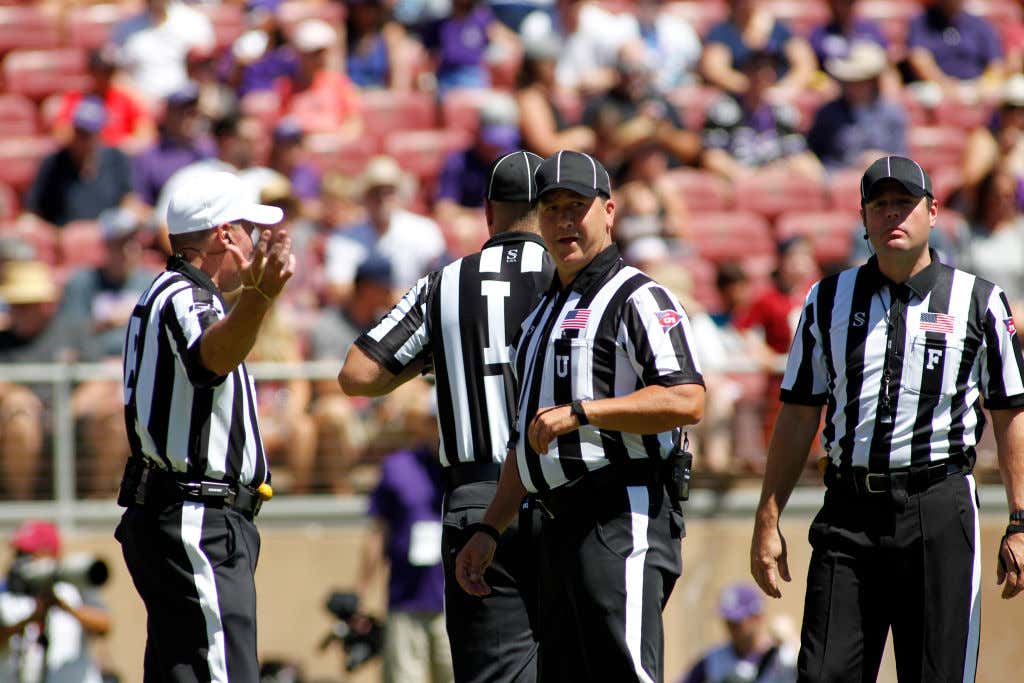 One of the constant stories about the 2019-2020 bowl season has been questionable calls by referees. We saw it in the LSU-OU game, but it didn't matter much because LSU was just so much better. We cannot say the same about Clemson-Ohio State or in the Rose Bowl. Ohio State fans are still bitching about the calls from their game against Clemson:

But no worries for tonight, right? The best referee crew must be in New Orleans, right? WRONG:

SOURCE-Coyte was involved in a highly-controversial incident at the 2017 Music City Bowl, when he ejected Kentucky running back Benny Snell for making contact with him.

It was an extremely poor decision by Coyte, who initiated the contact, then booted Snell for responding.

Even worse — much worse — was the backlash: Coyte received threatening calls, according to an ESPN report.

Two of the officials reportedly assigned tonight, Keller and Kieser, were part of the unfathomable blunder during the Cal-Washington State game this season.

Referee Matt Richards mistakenly marked off a penalty on WSU, leading to the Cougars losing 57 yards in field position. (They were not happy with how the conference handled the explanation.)

Richards was suspended for one game while the rest of the crew, including Keller (line judge) and Kieser (field judge), was “downgraded.”

The Pac-12 selected the officials for tonight and determined their specific assignments, according to the conference.

I'm not sure how this happens. How do we get the Pac 12 refs out of everyone? Anyone with a brain knows the Pac 12 has the worst refs in all of college football. I'm including NAIA and NESCAC refs.

Why not the best from all of the conferences, why do we get the fucking Pac 12? I'm fully preparing for controversy tonight. I think you should too.