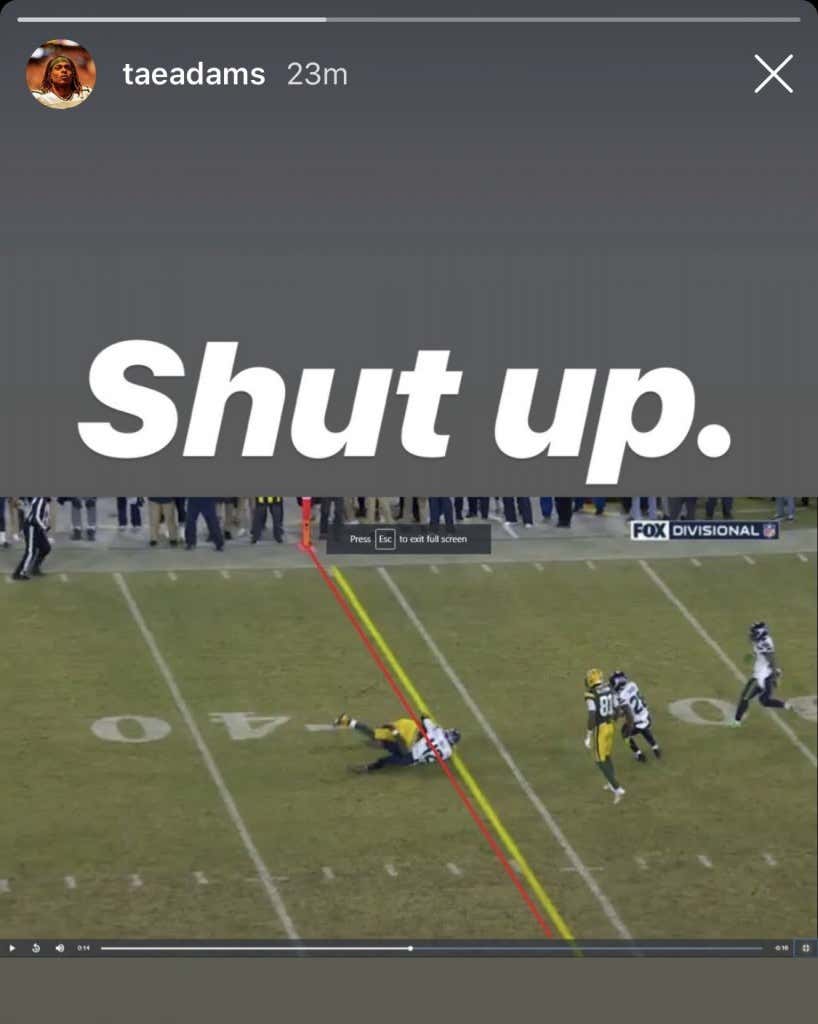 Football is a complicated and complex sport. There’s a thousand formations and sets on both sides of the ball, a million rules, no one really understands what a catch is, you can score anywhere from 2-to-8 points on a given play, there’s a lot of shit going on. Despite all that, there’s a low barrier of entry to enjoy what’s happening. But no matter your level of expertise – from 5-year old watching for the very first time to Bill Belichick referencing plays that happened in a Navy-Appalachian State game in 1947 – everyone in the WORLD knows at least one thing about football: the yellow line is unofficial.

We’ve made a lot of technological advancements as a society over the last hundred years. For example: computer I’m writing this very blog on fits in the palm of my hand, used to be that same computer would need a warehouse just to fit all the gears and wires and cooling system. But times change. Except for the NFL where they’ve been trotting out this unofficial ass yellow line with ZERO SIGNS OF EVER IMPROVING THIS TECHNOLOGY. Well that ends today.

Last night the Packers were given a first down that many felt was unjust. Unearned. Because of that dogshit ass yellow line. Jimmy Graham very clearly did not reach the yellow line, therefor we all naturally assumed the League is rigged in favor of the Packers at Lambeau and there should be some sort of trial by combat to bring justice to this world of ours. And then this morning, Davante Adams posted this screenshot telling us all to shut up. While his point was that the first down was actually legitimate, I don’t think he understood the powder-keg of which this man just lit the fuse. Sorta like how the assassination of Archduke Franz Ferdinand directly led to World War I, this screenshot has led to my personal war against the unofficial yellow line. The yellow line should never see a field ever again now that we know of the red line’s existence. Look at that beauty of a red line! She’s perfect! Official as fuck! Couldn’t be more on the chains. It’s blowing that unofficial yellow line out of the goddamn water. That yellow line is closer to the Atlantic Ocean than it is the actual first down marker. If I ever see that cowardly, unofficial yellow line on my television again I’ll… I’ll… well, I’ll probably log onto the internet and complain about it in an attempted humorous manner that ultimately gets 17 retweets and 157 likes. But, BUT, if I do it enough times, friends, buddy, pal, that could be the start of a revolution for the betterment of mankind near and far. DOWN WITH THE YELLOW LINE. LONG LIVE THE RED LINE. ALL HAIL THE BENEVOLENT, MERCILESS RED LINE. MAY YOUR RULE STRETCH FOR CENTURIES.