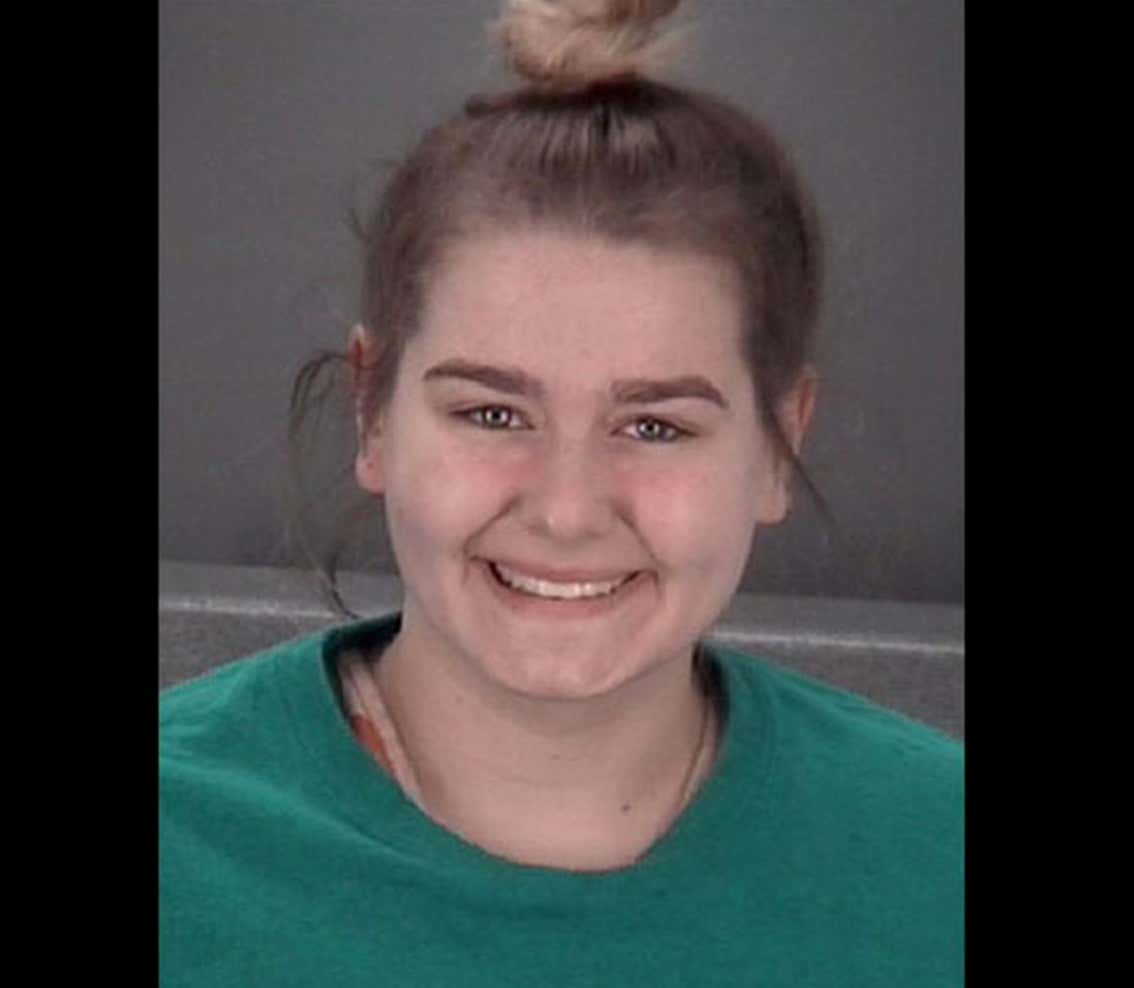 At first glance one might think this young lady looks quite cheery. Her smile is showcasing her pearly whites and is both warm and inviting. Her bun is affixed tightly on top of her head, but her baby hairs flow freely letting us know she doesn't take herself too seriously. Overall, if that girl walked past you on the sidewalk you wouldn't blink.

But if you take a closer look, her eyes will tell you that she is definitely not "smizing."

Despite her beaming mug shot, [Serina Maris Probus] the 20-year-old Brooksville woman is facing multiple felony charges from two separate incidents. In one, she’s accused of hitting a man with her BMW — although she told deputies she was too high on cocaine to remember doing so...

— and in another, she tried to pee on a deputy arresting her for a domestic violence incident, arrest reports show.

I know what you're thinking, but no, those are not coke eyes. We'll come back to the cocaine/BMW, but first let's start with the incident that led to this friendly mugshot.

Probus was initially arrested in the early hours of the new year, around 12:30 a.m. on Jan. 1. Deputies said she was drunk and trying to leave her sister-in-law’s home in Holiday with her 6-month-old baby. Her sister-in-law tried to stop her from leaving with the child and wrapped her arms around Probus, according to an arrest report. Deputies said Probus then bit her on the hand.

This is exactly why I don't go out on New Year's Eve: people behave like animals. If aliens came down to earth and saw how most people act on NYE, they would think we were all a bunch of drunks who can't seem to act like we've been there before. I think we can all agree that getting super fucked up on NYE and acting like a complete moron is amateur shit. Getting super fucked up on NYE and trying drive off with an infant in tow (I'm assuming she was trying to leave by driving), is just plain criminal.

And biting your family member who is just trying to save you from making what could be the biggest mistake of your life, well that's just mean!

Deputies said Probus cursed at them and tried to kick out a window in the patrol vehicle as she was being arrested and was placed in a hobble restraint to bind her legs. As she was being restrained, deputies said she tried to pee on them, then spit on them once she was in the car.

This woman does. not. quit.

Most people in this situation would think it was over. The cops were there, the handcuffs were on her wrists, she was in the back of the patrol car -  it was time for her to pay the price. Not Probus. Not only does she not give a fuck about the law, her family, or common decency, she also doesn't give two shits about the men in blue; it's over when she and her bodily fluid say it's over.

But after the urine and the spit, eventually the show came to an abrupt stop and she ended up where she belongs: behind bars.

It was there that she would pay for her NYE antics, and it was there she was charged with aggravated battery with a deadly weapon… from a previous incident in October.

According to the Sheriff’s Office, Probus and a man were in the parking lot of the Basement, a beer and wine bar in Pasco, on Oct. 10. Around 9:30 p.m., the two began to argue through the driver’s side window of the black SUV as Probus sat in the driver’s seat.

Deputies said the man went to leave and Probus sped up as he walked in front of the BMW, hitting him at about 15 mph and sending him on to the hood as she drove. She braked and he fell onto the concrete. Then she drove him to the hospital. 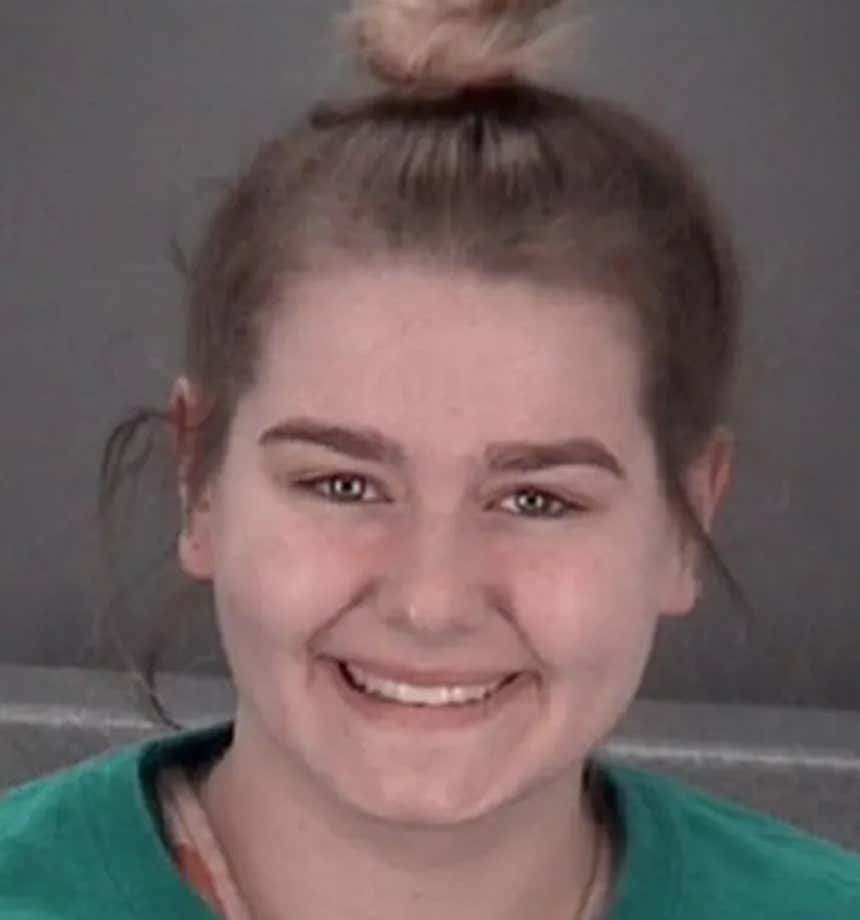 I'd say it's a pretty bad sign when the most shocking thing someone reads about you is not that you intentionally hit someone with your car, but that you had the decency to take them to the hospital. Maybe this whole thing was an accident? Maybe she didn't mean to hit him with car? Maybe she thought he would get out of the way?

OR maybe she did it high on coke, has no regrets, and according to the text she later sent him:

“Tell Det. Murphy I hit you with the car ima (sic) tell her you deserved it and I would do it all over again if I could.”

She may be in jail for now, but with her perseverance, I have a sneaky feeling this isn't the last we'll be hearing from Probus.