Everything about this is just so perfect Pac-12 Thursday night. I mean the 4th funniest thing somehow is Walton sitting with a football helmet on and no one batting an eye. I screenshotted this and I've honest to God laughed 40 times at it: 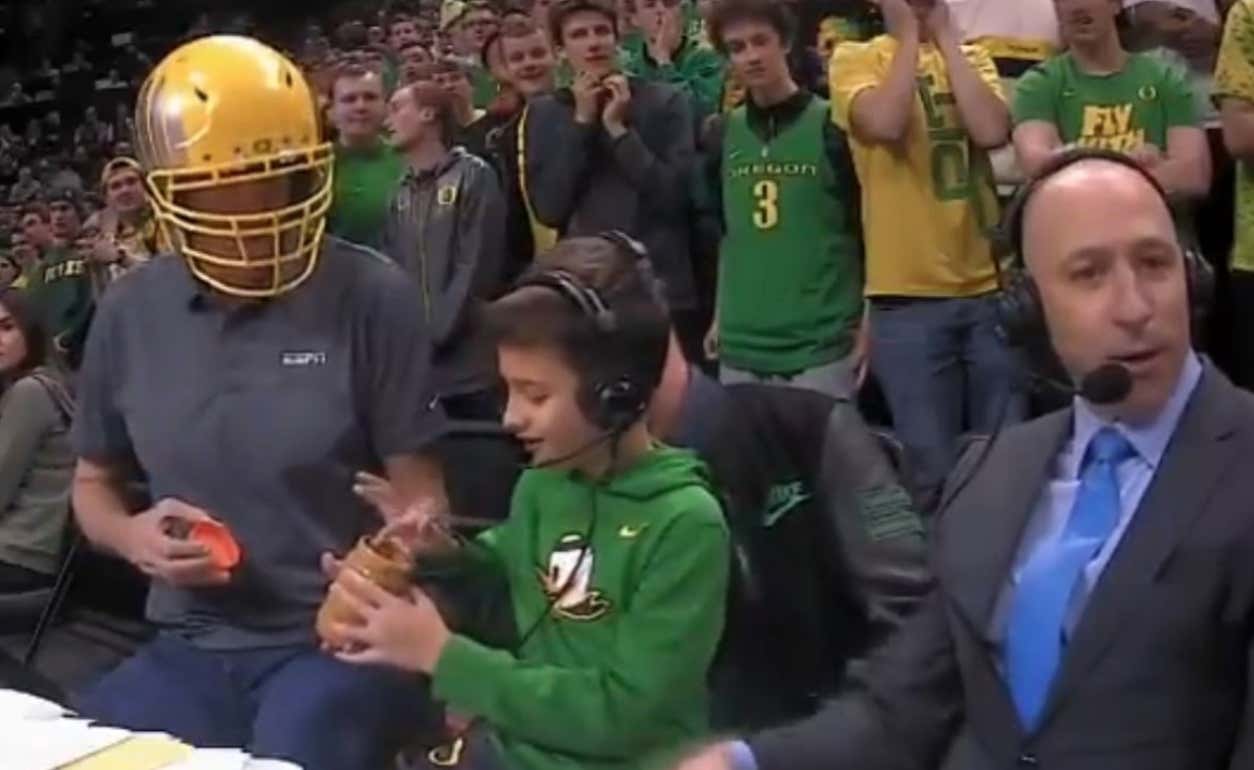 Just the giant of a human with a football helmet on, sitting on a special seat, offering Mario Cristobal's son his peanut butter that he was using to talk about N'Faly Dante. Figure that on out, good luck. However, this isn't necessarily just about Walton, this is more about Mario Cristobal - the head coach of Oregon football. He pulled out one of the best dad moves I've ever seen. Just letting his son have enough fun until it starts to get dangerous and then stepping in. Classic dad. This face says it all: 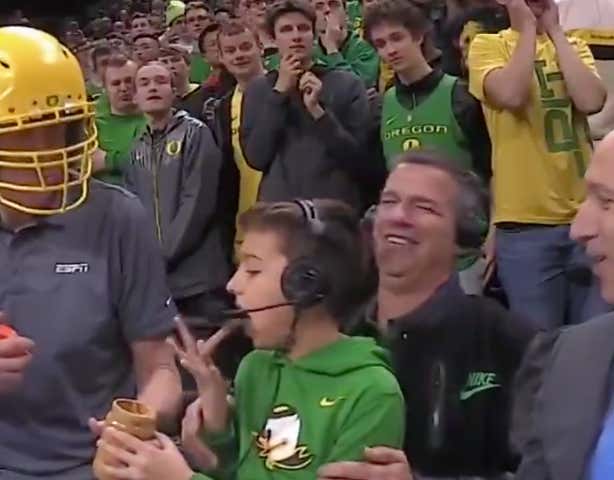 That's the face of a man who knows 1) he's probably in trouble with his wife when he gets home and 2) realizes the danger is imminent. Do you trust what Bill Walton has in his peanut butter? There's a 100% chance that man hid some of his good weed in there. No doubt about it. It's the same peanut butter he tried to rub all over Dave Pasch earlier in the night.

There might be magical powers in the peanut butter though. Walton can apparently see into the future:

This game was awesome by the way. Arizona had a big time chance to put Oregon away and get a damn good win on the road. However, Oregon scored six straight down the last 1:40 of the game and Payton Pritchard (who turned himself into a NPOY candidate) hit the game-tying shot with about 30 seconds to go. Obviously, because it's college hoops, there was controversy at the end - I think Zeke Nnaji got hit on the arm going for the game-winning shot. Obviously so did Sean Miller.

Here's what I like about Oregon. They obviously have their star in Pritchard, but they are getting help from everywhere. Richardson dropped 21 and hit the game-winner. Duarte dropped 17. Their bigs were battling foul trouble in the first half, but Dante is starting to get a little established in the post. It's not a bad loss by Arizona by any means, just a blown opportunity.