With the XFL coming back, you knew they’d have some XFL ass rules to come along with its rebirth. And they did not disappoint. There doesn’t appear to be as much carnage as the original XFL, which is upsetting but not unexpected given how cream cheese-in-the-microwave SAWFT we all are in 2020. But still, with the XFL comes innovation that absolutely no one asked for. And yet now that I know it’s coming I cannot live without it. 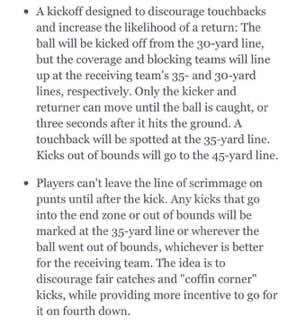 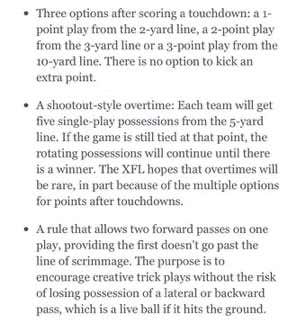 The official stance by the XFL in its original inception was that they were largely pussy and needed to be much more extreme. That basic belief appears to be another pillar of this iteration as they are doing all they can to completely eliminate fair catches while also highly penalizing touchbacks. I assume a fair catch gets you instantly arrested and put in front of a firing squad.

No thank you. If you want one point you can line up, put your hat on a hat and get two yards LIKE A MAN. Why anyone would ever go for one point when you can get double the amount of points simply by moving one yard backwards is beyond me, but I love this. The XFL has no respect for kickers, the way God intended football to be all along.

You can tell Vince initially pitched pistols at dawn for overtime and had to be talked off a ledge before eventually settling on this idea. They’ve taken hockey and soccer style shootouts, a thing absolutely no one likes, and have added it to football. There’s certainly no way this will be hated.

OH FUCK YEAH THAT’S WHAT I’M TALKING ABOUT VINCE. TURN THIS UP. Throw it forward as many times as your heart desires. If that idiot defense can’t stay focused enough to cover someone that’s their fault and their fault alone. Shouldn’t have assumed that forward pass would be the only one involved in this play. Granted there’s the caveat of needing to still be behind the line of scrimmage, and this could only cause chaos and mayhem and probably horrifying injuries the likes we’ve never seen before, but I’m here for it. I hope Goodell is watching because your time is almost up, bucko. Vince is here to reclaim his corners.