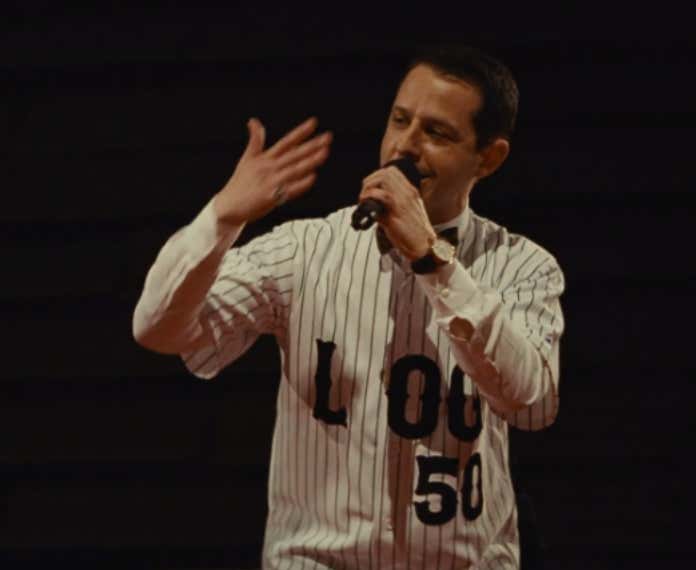 I’m always behind on shows. Always. I started Breaking Bad late, I started The Office late, I haven’t finished Mad Men, I got into GoT very late (and never caught up from the beginning), and there’s a myriad of other shows that I either haven’t watched or watched well after they left the airwaves. I don’t know why, but I’ve always just been so shitty about watching shows when they come on TV. Netflix, sure, I will binge it when it comes out if it interests me. But regular television I’m terrible at. I guess one of the issues is because there’s so many options of what to watch, plus movies, plus I always end up watching west coast NBA games and never get around to actually watching shows.

But then during break, I decided “ok, enough is enough, let’s see what this Succession show that nobody will shut up about is all about”. I mean, everyone at work talks about it. My bartender was talking about it. Jeff D Lowe was writing 3,000 word blogs about it. I enjoyed the quick synopsis I read about it, but still had very little idea what it was actually about. So during break, with nothing else going on (They gave us like, 23 days off. I worked every one of them, just saying, nbd though), I decided to give Succession a whirl.

And boy am I glad I did.

If you were on Twitter or watching the Golden Globes last night and you didn’t get why everyone loves Cousin Greg or know what Boar on the Floor is, I implore you to watch Succesion (if you don’t have HBO, there are ways if you look hard enough). It’s not in the Breaking Bad tier of top TV shows yet, but it’s well on its way. Another season like this past one and it’s top tier. I see this show going 5 solid seasons and never missing a beat. Can’t wait for season 3.