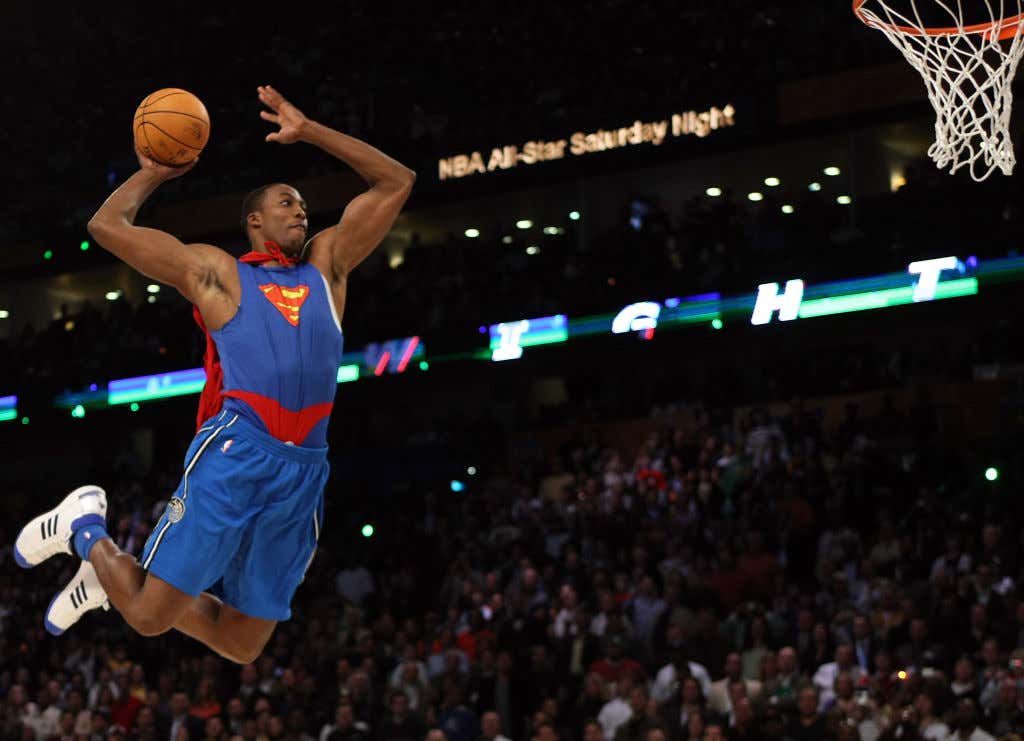 I think the entire internet and basketball world owes Dwight Howard an apology. We all thought he was cooked, a locker room cancer that was done being a contributing NBA player given how his last few stops had gone. We all laughed when the Lakers brought him in for a second time thinking it would just be the latest distraction in that locker room.

Well, we're all wrong. Dead wrong. Not only has Dwight been fantastic in his role with the Lakers averaging 7/6 with 1.4 blocks a night in his 19 minutes, but there's been less than zero drama. Dare I say Dwight is even getting back to being likable? I mean not from me, an admitted Lakers hater, but even I can admit the perception around Dwight this season has drastically changed. You add in the fact that he's coming back for the Dunk Contest? Well that's PR 101 on how to win people over again.

With Ja Morant mulling it over, it's cool to see Dwight couldn't have said fast enough. Despite being 34, this dude is in such physical shape I still think he can do some crazy shit. This is a dude that can still fly as long as he's healthy

It's been over a decade since he was last in the competition, but who could forget how ridiculous he was in each of his previous performances. That's where he officially became Superman before Shaq took that nickname away from him. I mean watch this shit

Everyone knows the Dunk Contest needs saving, and I think if you get Morant, Dwight, and can somehow convince the hometown guy Zach LaVine to also participate this event can get back to being something worth watching. I'd also love to see Derrick Jones Jr, Javonte Green, Aaron Gordon etc also decide to participate. Snagging a healthy Dwight and getting a maybe from Morant is a good start though.

Imagine if Dwight somehow wins this by doing something crazy? His approval rating will go through the roof after sort of being an outcast these last few seasons. I'm just glad someone of his stature is willing to do what he can to make the Dunk Contest great again,