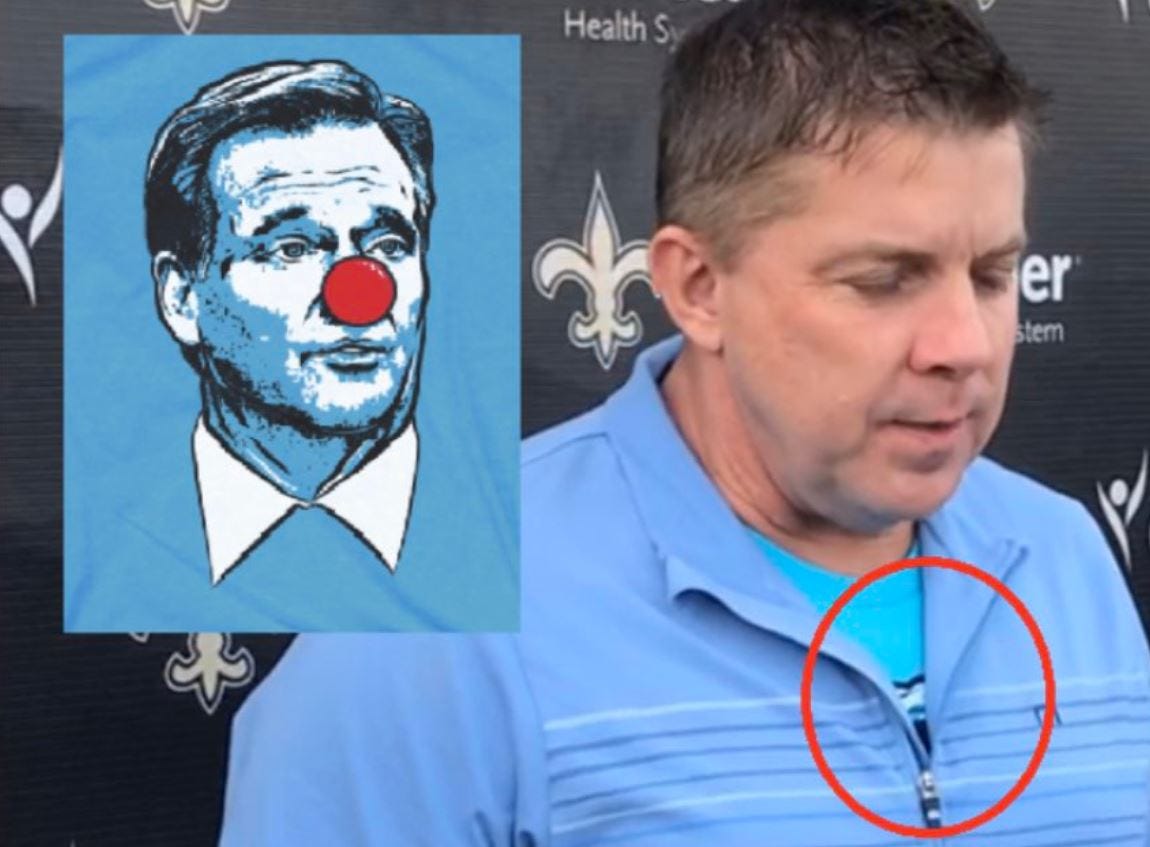 Listen everybody knows how much I hate Roger Goodell. He's one of the great dictators of our generation. The way he treated the Patriots during Deflategate was nothing short of criminal. My seemingly decade long war with him is the stuff they write history books about. But even I have to take a back seat when it comes to what he's done to Saints fans. From Bountygate, to the missed Pass Interference call last year to what transpired yesterday it's just been one thing after another. I mean Kyle Rudolph is a Team Portnoy guy, but even I know that his catch was offensive pass interference. Seriously how do you not at least review that play or onlylook at it for a second like the leagues says they did. That's the exact reason that PI rule was put in there. So teams couldn't get screwed like the Saints did last year. Unless apparently you are the Saints. And make no mistake about it. This was no accident. It wasn't any propeller! It wasn't any coral reef! And it wasn't Jack the Ripper! It was a Roger Goodell plain and simple. You think he forgot that Sean Payton wore the Goodell Clown shirt last year? You think he forgets how much the city of New Orleans hates him? No fucking chance. This was Roger doing what Roger does. Carrying out a vendetta against a city and a team because he holds a personal grudge. My heart bleeds for the good people of New Orleans. Nobody deserves to be tormented like this. This is why I fight.