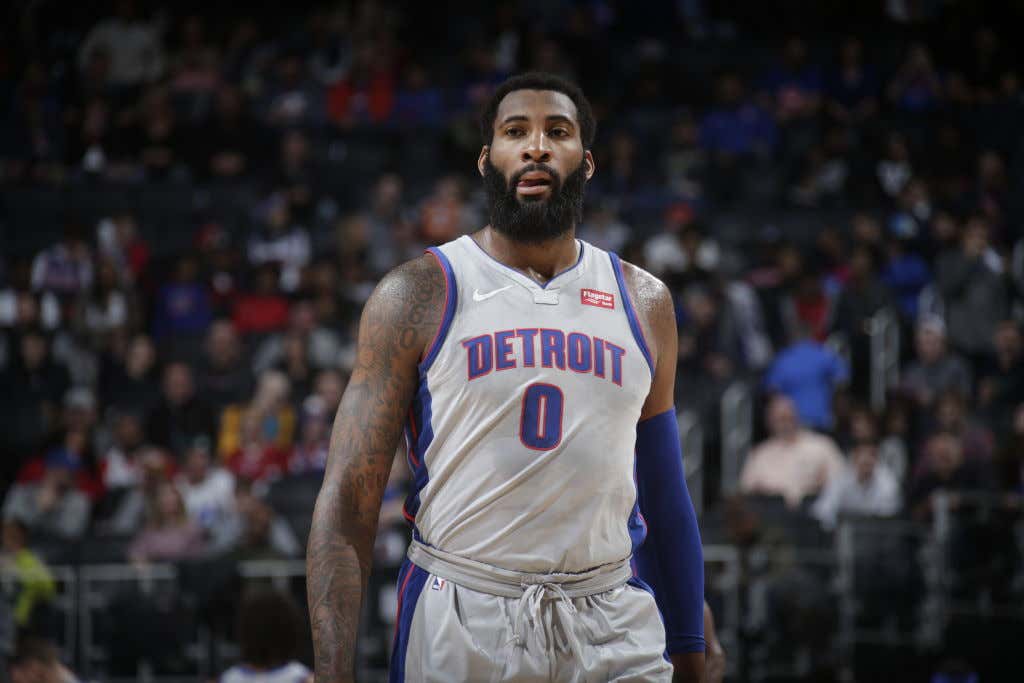 I told you weeks ago, make sure all your notifications are on because the trade deadline is coming and we're going to be getting bomb after bomb these next few weeks. There were reports earlier in the day that the Hawks were in on adding a center this trade deadline, but I figured it was going to be more along the lines of a Dwayne Dedmond retread. He wants out of SAC, is on a decent contract and has played in ATL before. But now Woj throws Andre Dummond in the mix and I have to say that's pretty massive.

Funny how much can change since October. Remember this?

Now Woj is saying Drummond is going turn down his player option? Well then you have to trade him. Simple as that. You can't afford to lose a player like this for nothing, and while there is the thought that he could turn down the option and still resign, I think if you're DET that isn't really a risk they can take and this Woj report gives you the idea that they don't think that scenario is a possibility. The question now becomes, what type of return can Drummond bring back? I suppose it could depend on what the Pistons want. They could absorb Chandler Parson's expiring contract for 25M as well as some additional, that would certainly help the money work. My guess is at least one of the two lottery picks (De'Andre Hunter/Cam Reddish) would have to be involved. Maybe a package around Evan Turner/Allen Crabbe with the young kids and some picks? What sucks is if DET thinks Drummond is out, they don't exactly have a ton of leverage.

It also makes you think, if they are moving Drummond, does this mean the Pistons are blowing things up? Would Blake and DRose also potentially be available? There are some contenders that would definitely be interested in those guys. As of today they are 3.5 games back of the 8th seed, and while that is a bit disappointing injuries have boned them and it's not like they are completely out of it. That's not some huge gap you can't make up with a good month or something like that.

If you're a team trading for Drummond you know what you are getting. One of the best rebounding bigs in the entire NBA, he's a walking double double that has actually done a ton to improve one of his glaring weaknesses of FT shooting. Remember he's only 26 years old so if you are looking for a center to anchor your defense for the foreseeable future I can see why you'd be interested. As long as you got reassurance that he would commit long term, go nuts. Would that be the case with the Hawks? This season is sort of lost, they are 8 games out of the 8th spot, but if they are able to keep John Collins/Trae Young, you're looking at a pretty interesting trio. Collins slides into the 4 spot, and for a team that LOVES to run P&R (4th most in the NBA) you have two pretty legit options of bigs to run that set with.

What I want to know is who these other mystery teams are. I hope to god one of them isn't Danny Ainge because I have no interest in giving up what it would take to bring Drummond in and he doesn't fit their style, but I just know there can't be a trade out there involving a big name player unless we hear that Danny Ainge was 99% of the way to completing the trade before it fell apart at the last second.

It's not often that an All Star caliber big potentially hits the trade market, so buckle up