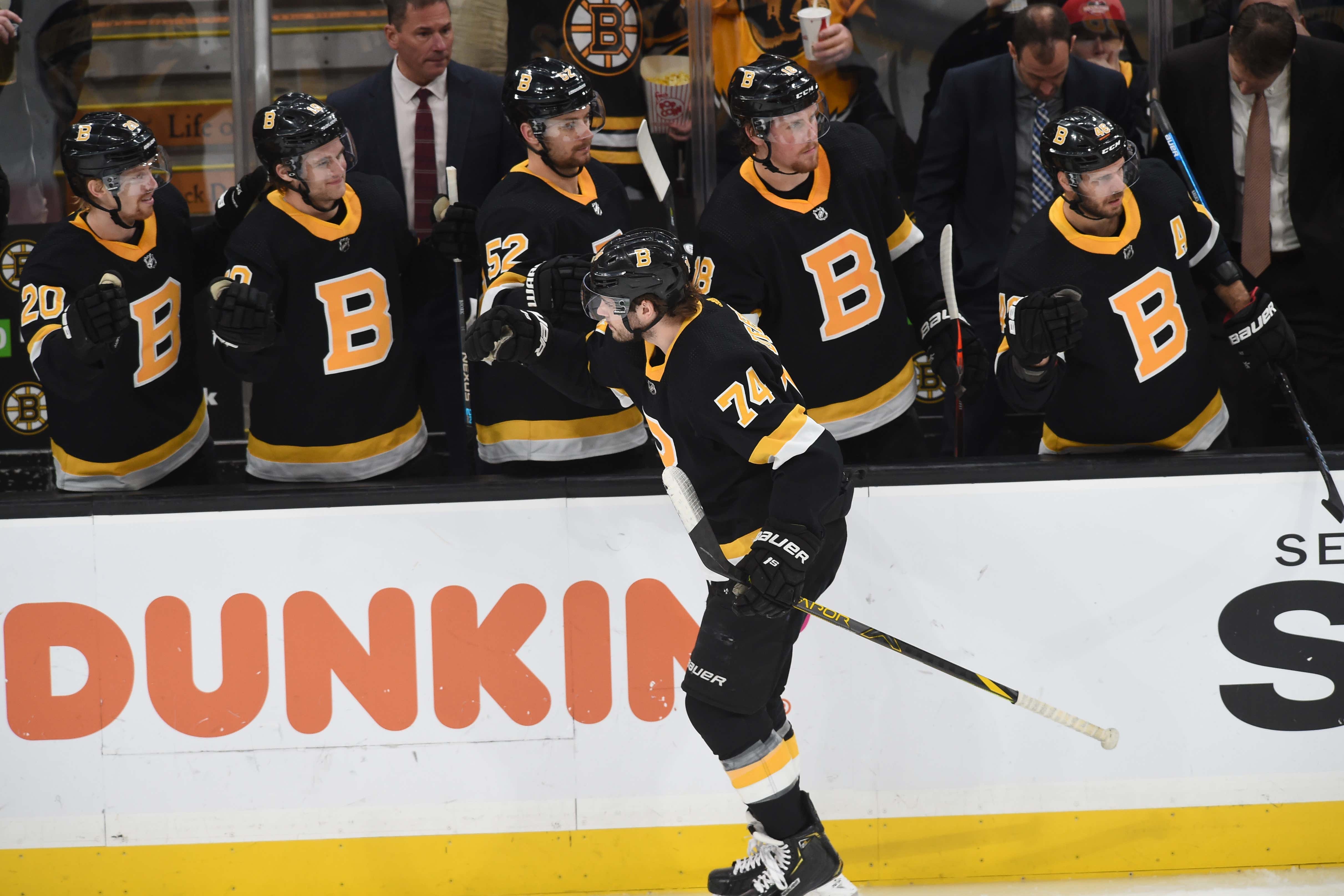 The B's are buzzing to the tune of 3 straight wins - as they just handed the Buffalo Sabres their 2nd straight loss in the home and home series. Jake DeBrusk scored two power play goals late in the 3rd to tilt the game and the defense held strong after a late surge by the Sabres. Not a bad way to end the decade on home ice.

David Pastrnak opened the scoring by burying a feed from Brad Marchand. Guess who made the 2 on 1 happen? Patrice Bergeron, obviously. 1-0 Bruins with a little more than 5 to go in the 1st period.

Early in the 2nd Rasmus Ristolainen tied the game after finishing a 2 on 1. Looks like Zdeno Chara actually put the puck in the net.

Jake DeBrusk redirected a shot from the point from Steven Kampfer in the 3rd after Brad Marchand drew two penalties on Johan Larson. 2-1 Bruins.

Aaaaand just seconds later Jake DeBrusk scored from a bad angle once again to make it a 2 goal game. 3-1 Bruins.

The Sabres responded to DeBrusk's goals with a goal of their own. Curtis Lazar off the delayed penalty. 3-2 Bruins.

Buffalo had a late period PP opportunity (Thanks Brett Ritchie) but the man down was up to the task. Brad Marchand missed the wide open net but it didn't matter. That was all she wrote.

- David Pastrnak with goal No. 29 tonight. The top line was buzzing all night long. Felt like Marchand had a million chances. He was relentless all night. Drew the penalties that led to the B's taking the lead in the 3rd.

- Jake DeBrusk was benched in the 1st and played just 2:22 of the opening frame and rebounded with 2 goals in the 3rd including the game winner. Message received.

- Another one bites the dust - Connor Clifton left the game in the 1st period due to an upper body injury.

- Once again liked Brandon Carlo's game, Torey Krug skated yesterday, Charlie McAvoy has yet to skate. You can tell the PP hasn't been the same (despite Jake's 2 goals tonight) without Torey Krug. He's truly irreplaceable on the man advantage.

B's will head to New Jersey to take on the Devils on NYE to close out 2019.