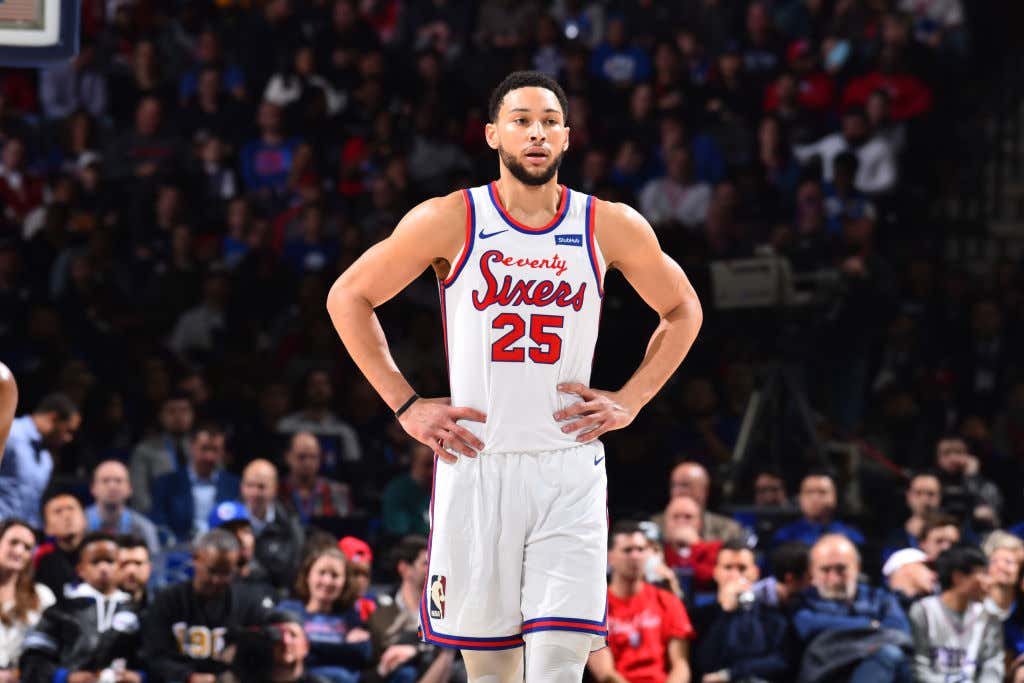 Apparently Ben Simmons and Kendall Jenner are dating again. I typically couldn't care less about the love lives of professional athletes but in this specific scenario, this needs to be the biggest red flag in the world to the Philadelphia 76ers organization. Because if the rumors are true and Ben Simmons is back with Kendall? That proves everything you need to know about his character. And unfortunately, he's got beta written all over him.

I don't care about the shooting. I don't care that this man can drive to the rim every single time he touches the ball but he chooses to get to the paint and then kick it back out to the perimeter all the damn time. All of these flaws in Ben Simmons' game are things that we can work around. All of those flaws can be managed with better coaching and a few tweaks to the roster. But you can't coach heart. You can't coach character. And if Ben Simmons is dating Kendall Jenner again, both of those are flawed to a point of no return.

This team is a disaster right now. There was so much hype going into the season about the Sixers being the clear cut favorite to win the East, and here they are on December 21st and their in 6th goddamn place in the conference. They've lost 3 straight games, including 2 home games in a row. And this guy is out here dating a Jenner who cheated on him last year? If you think that's just a coincidence, you're as naive as you are brain dead. Guy just seems content with making $170 million and living a celebrity lifestyle. Which is cool and everything. I don't blame him one bit for enjoying that life. But if I'm the Sixers, I am aggressively worried about that. You can't win with a guy like that. Keep the phone lines open. Are phone lines still a thing?

This team is so fucking aggravating.