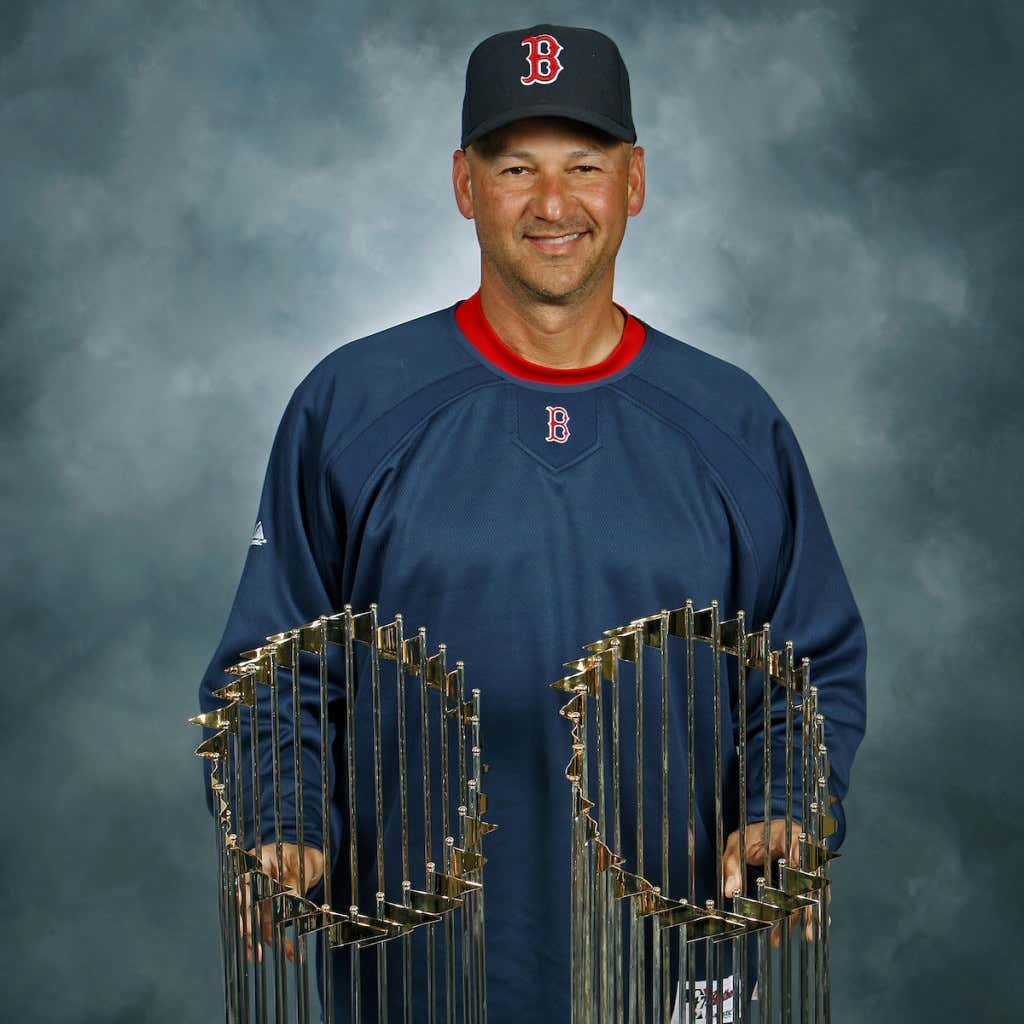 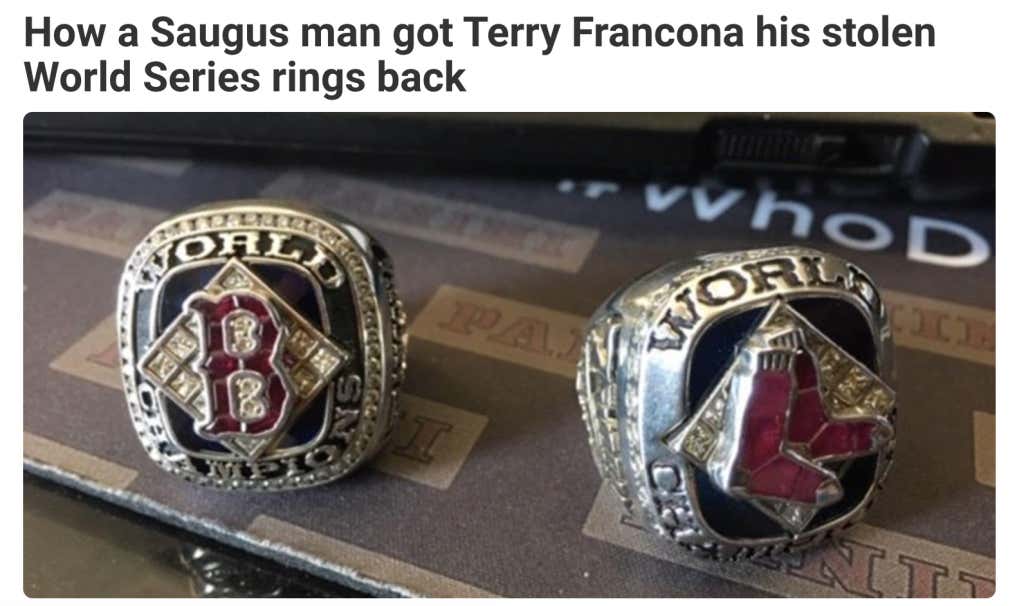 Terry Francona is a legend. Not just in Boston — everywhere. Ask anybody who has ever played for him. The stories are endless. Well, you can’t achieve legendary status as a big league manager unless you win a World Series or two. Francona won two titles in Boston during a time when the idea of winning just one seemed impossible. Then, some asshole stole both of his World Series rings. Don’t worry, though. A Saugus man saved the day, because it’s in our blood. That’s all we know how to do. Think and react. Save days, save lives, etc. The Saugus Sachem code.

Former Red Sox manager Terry Francona is happy to have his World Series rings back after they were stolen from his home in Arizona.

What you might not know is that a local sports memorabilia dealer helped get those rings back.

Phil Castinetti is pretty well-known within the sports memorabilia industry. Last month, the owner of Sportsworld in Saugus got a call from another dealer way out in Arizona.

“Talking about that he had Terry Francona’s two championship World Series rings,” Castinetti explained of the phone call.

He thought they had to be fakes. Why would Terry Francona try to sell his World Series rings?

“I said, you know what, let me call Terry and find out if they really are his rings,” Castinetti said.

“He said, ‘Phil I just noticed that my rings were missing a few days earlier,'” Castinetti said. “I told him the story and said, ‘but Terry, they’re out in Phoenix.’ And he said, ‘but I live in Phoenix.’”

And so order was once again restored in Red Sox Nation. Tito got his rings back, and none of this would’ve been possible without Saugus, Massachusetts. Shout out to Phil for getting Tito his rings back. His son Cory is a big Stoolie, too. They came out to watch the live shows at the All Star Game in DC a couple of years ago. Stoolies from Saugus. What can’t these people do? We’re like the Avengers but instead of Infinity Stones, we’re powered by Dunkin’ Donuts and Marlboro Reds.