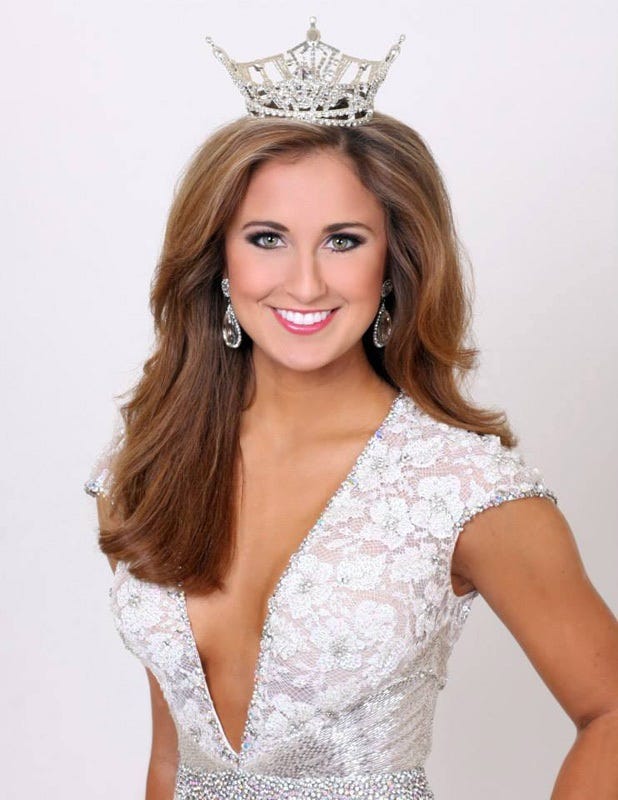 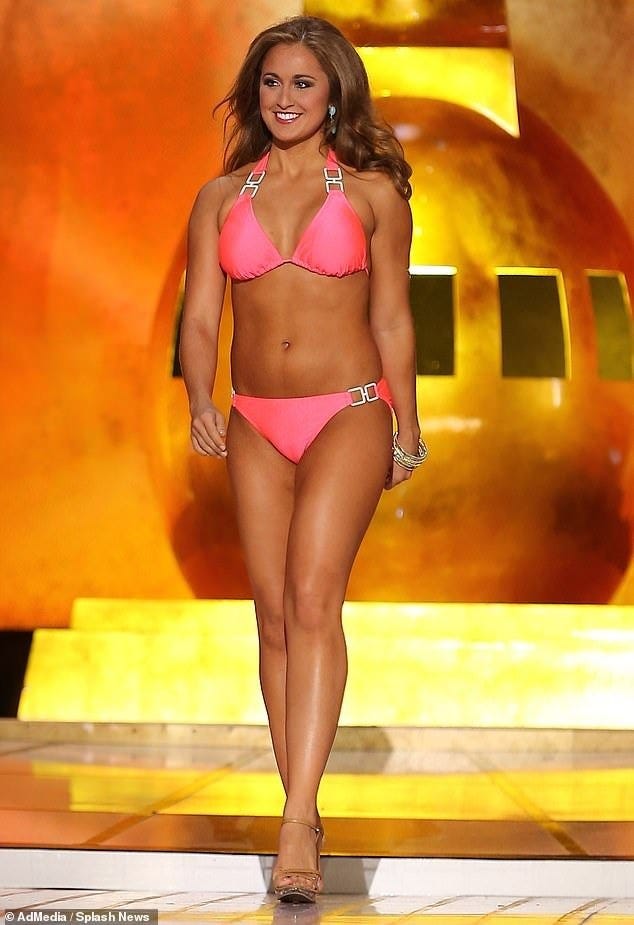 Ah yes. Ramsey Bearse, I remember her well. The former Ramsey Carpenter who walked across the Miss America stage in an evening gown and a bikini and into our hearts. And four years later, into Sex Scandal Teacher lore. Becoming the first person ever to win Miss Kentucky and make the Sex Scandal Teacher Starting Lineup. And when someone makes history like this, her story becomes worthy of an update:

Ramsey BethAnn Bearse … faces a possible sentence of up to two years in prison when she is sentenced 10 a.m. Jan. 17. …

In court on Tuesday, Bearse talked about the photos that she sent.

“I’m sorry that I made a mess of things,” Bearse said. “I made a mistake.”

Bearse said it all started innocently as she kept in touch on Snapchat with her former students, asking them how school was going and if they enjoyed their summer.

The former teacher said the young man she ended up sending the photos to “asked a lot of questions and I crossed the line and shared too much information of what I was going through at the time.”

“Basically, that my husband was working all the time and was too distracted and overwhelmed with work to pay attention to me. In addition, since I moved to West Virginia, I felt like I was completely alone. None of my family lives here, and I didn’t have any friends,” she said.

Bearse said she accidentally sent the young man a risqué photo that was meant for her husband. She said the young man’s name was listed next to her husband’s name on her phone.

“From there, he (the young man) asked me for more, and I panicked. I was afraid to not appease him, and when he asked for more, I sent him more photos of me,” Bearse said.

It pains me to say it, but I’m having a hard time believing Ramsey’s story that she was only on Snap with her former students to keep up to speed on their academic careers and whatnot. Or how that first bewb picture she sent was an accident, meant for her workaholic husband. Just a slip of the thumb. And after that she was compelled to keep those nip shots coming. I mean, it’s a hell of a coincidence that the first one went to her former student and not say, her sister or whomever. And a little too convenient.

But on the other hand, anyone who can pull off the bikini  strut in high heels, play the violin and answer randomly selected questions with a speech about how to inspire young women to empower their dreams in the future of tomorrows, has earned the benefit of the doubt. So if that’s what Ramsey is selling, then I’m buying.

And with that, let this be a lesson to all husbands of all teachers. No matter how overwhelmed you are at work, don’t be distracted. Make time for your lovely, sex-starved wife, whether she’s a beauty queen or not. Otherwise you’re just asking for her tittays to end up on every phone at the middle school. Not to mention the SST all star team.  Sop word to the wise.

Best wishes to Miss Kentucky 2014. Here’s hoping a few Snapchats of your juggs don’t get you sent away for two years. 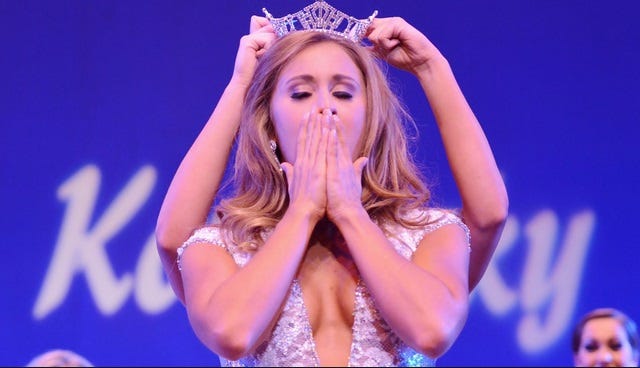 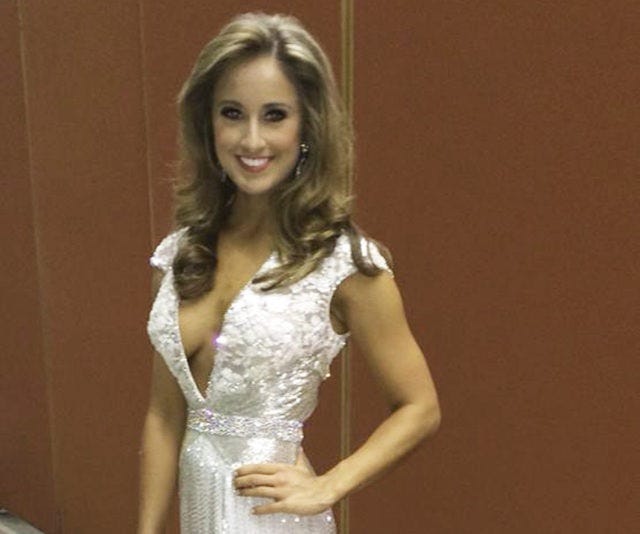 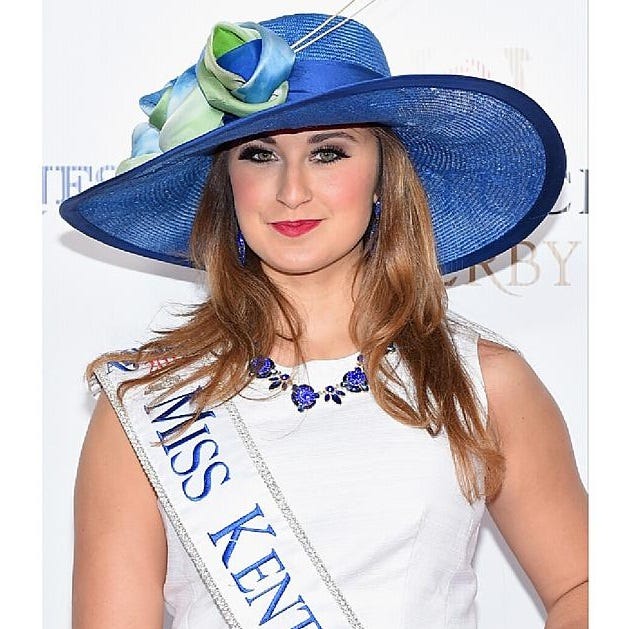 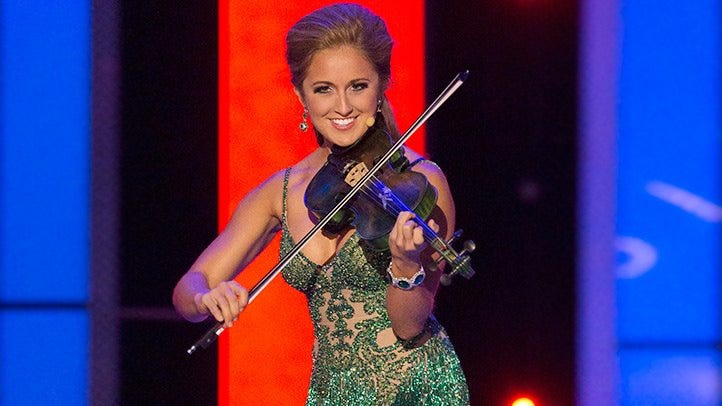