Paris is suffering from a record 391-mile traffic jam today on the 12th consecutive day of transport strikes which have struck the country’s capital.

Authorities measured a record traffic jam of 391 miles this morning in the Paris region, where only two Metro lines, using automated trains with no drivers, were fully running. The other 14 metro lines were closed or only very partially running.

It’s 6pm on a Tuesday night.  You’re on your way from the west suburbs trying your goddamn hardest to see puck drop at the UC.  You’re flying on 88 or 355 and all seems well, even though in your heart of hearts you know it’s not.  “We’re making great time!  We’ll probably even be able to catch Jimmy Cornelisun sing the National Anthem!” you say to your buddy in the passenger seat.  Wrong.  WRONG.

Then it happens: you merge onto the Hillside Strangler: 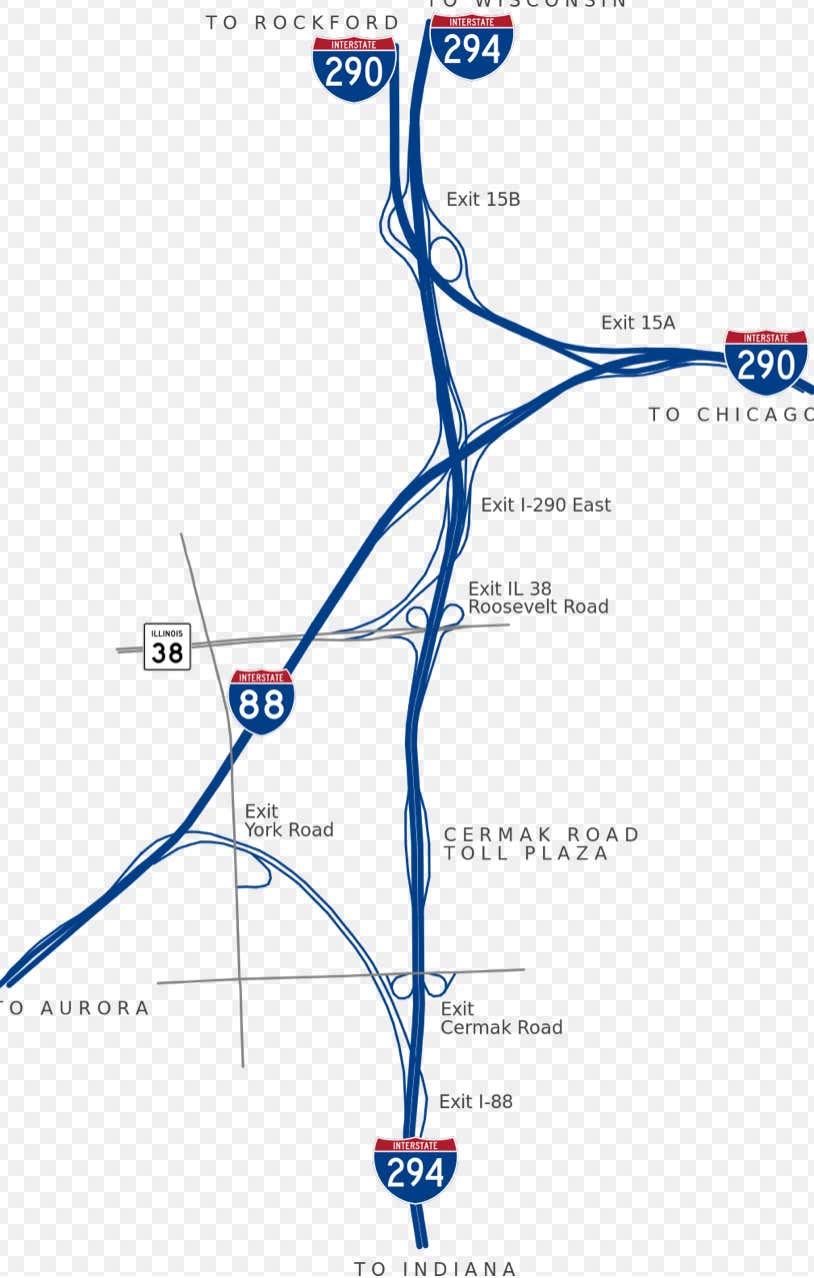 aka where 294 and 88 merge into 290 east.  If you’re from Chicagoland, you fucking HATE this slab of concrete.

It’s where all hell breaks loose.  Carl said it best when he ranked his Chicago highways months back:

290 Eisenhower – active shootings? Check. A decade worth of construction? Yep. How about one merge lane from the south? How about every inbound ramp after Sacramento being closed? How about the hillside strangler aka when THREE major expressways (294, 88, 290) all merge into one gigantic cluster fuck tollway. Overall 290 is the single worst commuting experience known to mankind. It’s extremely dangerous and save for about 3 hours in an entire day, the thing is completely fucked start to finish. There is literally construction everywhere. Blue line, exit ramps, merge lanes, express lanes. God help anyone who has to rely 290 in any regular capacity. It has no identity, no soul and will do nothing but crush your spirits. Don’t take the job that requires you to use this as your regular route to work and in return you can thank me for not hating your life.

One moment you’re cruising at a cool 81MPH, the next you’re sitting in stop/go traffic for a 14 or so mile stretch, motherfucking the asshole from Cicero with his subwoofers blaring loud AF in his 2004 Honda Accord in front of you and the asshole from Naperville in his Lincoln Navigator to the side of you boxing you out of switching lanes.  It’s not something I’d wish on my worst enemy.

Anyone who knows what I’m talking about, knows EXACTLY what I’m talking about.  That the Hillside Strangler and 290 in general is some of the worst traffic on earth.  But I cannot imagine being pent up on a 391 mile stretch of nothing but traffic.  Fuuuuuuuck that.  That’s 28 Hillside Stranglers!!  Nobody on the planet should have to deal with that, not even some yellow bellied Frenchman.  So I feel for ya, commuters of Paris.  I feel for ya big time.  Even though I don’t know how it’s logistically possible for traffic to become this bad for this long, but that’s beside the point.  The point is sitting in traffic totally blows.