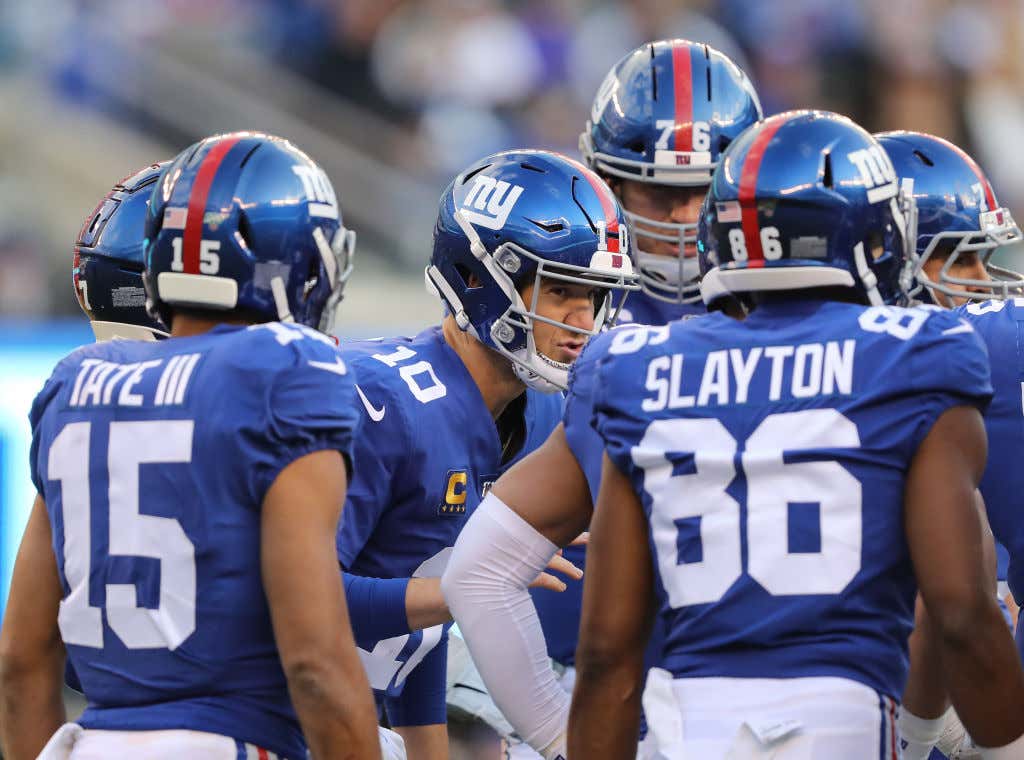 NY Post- A day and game that was scripted for one purpose — win for Eli Manning — was kick-started in a most unlikely way when the man himself, usually a Manning of few words, gave his teammates something to consider in the locker room before they took the field Sunday at MetLife Stadium. “What really got us going was his pregame speech,’’ center Jon Halapio said. “He was just fired up, man. Just knowing this might be his last home game starting, collectively we wanted to send him out right. It was easier to do it after he gave us that pregame speech.’’

What, pray tell, were the words of wisdom from the venerable Eli?

“It was damn good,’’ Sterling Shepard said. “It was great,’’ safety Michael Thomas said. “It was one of the rallying cries, for him to break it on that, oh yeah, that set the tone for the day.’’

THAT'S. MY. MOTHERFUCKING. QUARTERBACK. Put that quote on Eli's Hall of Fame plaque along with "I'm not going to lose any sleep about what Tiki has to say. I guess I could have questioned his leadership skills last year with calling out the coach and having articles about him retiring in the middle of the season, and he's lost the heart" when 10 inevitably goes to Canton because Eli's entire career was about battling the haters by living (and dying) by the mantra of "Fuck it".

Okay, I promised no more Tiki slander after he broke the news that the Wilpons Reign of Terror was over in Flushing. But those two quotes show just how great Eli is as a speaker whenever he actually decides to speak instead of talk in cliches. I wish I had known that Eli was the one who led the pregame speech for what may be his final game as a Giant and that he had 53 enormous men ready to run through a brick wall for him before yesterday's game so I could have changed my Giants Lead Pipe Lock pick to a Vibranium Pipe Lock pick. I know Drew Brees turns into a hip hop hype man before home games where the Saints dismantle teams by 50 and Joe Montana once famously got his entire team to settle down before a Super Bowl winning drive by pointing out John Candy. But having a quiet awww shucks guy like Eli casually drop an F-bomb will move the needle simply because it's so rare to hear and was clearly exactly what this team needed to snap a 9-game losing streak. The phrase "Fuck it" should actually be the official rallying cry for teams that need to find inspiration as they finish off their third hopeless season in a row behind a buckethead coach that appears to be braindead most of the time. So Eli dropped the perfect pearl of wisdom before dropping a few dimes in his own right then morphing right back into the cliche robot we have known and loved over the last 15 years.

Speaking of Shurmur, how about Eli just cucking him out of scheduling off days?

In the postgame locker room, Shurmur handed the game ball to Manning, who thanked his teammates and said enjoying a victory moments after the game “is still the best feeling in the world.” He broke the Giants down with “See you Wednesday.’’

Shurmur had no plan to give the team off on Monday. “Typically I don’t do that,’’ Shurmur said, “but today I won’t argue with him.’’

I don't know if Shurmur will be here next year or not. But based on that pregame speech and all the postgame reactions, I almost think you have to put Eli's name in the hat for future head coach alongside Matt Rhule and whatever recycled names with Giants ties the Maras will insist on interviewing cough, Jason Garrett, cough. The only thing that concerns me about this is that a day off from practice may lead to more comradery and good juju, which is exactly what the Giants need to rid themselves of before a Must Lose game against the Redskins now that we are in the endgame of the Chase For Chase. So while I love Eli and have nothing but #RE10PECT for what he's done for this franchise, I need him to do everything in his power to butt out of these last two games so the Giants can get their next Michael Strahan to go with what I'm hoping is their next Eli Manning. 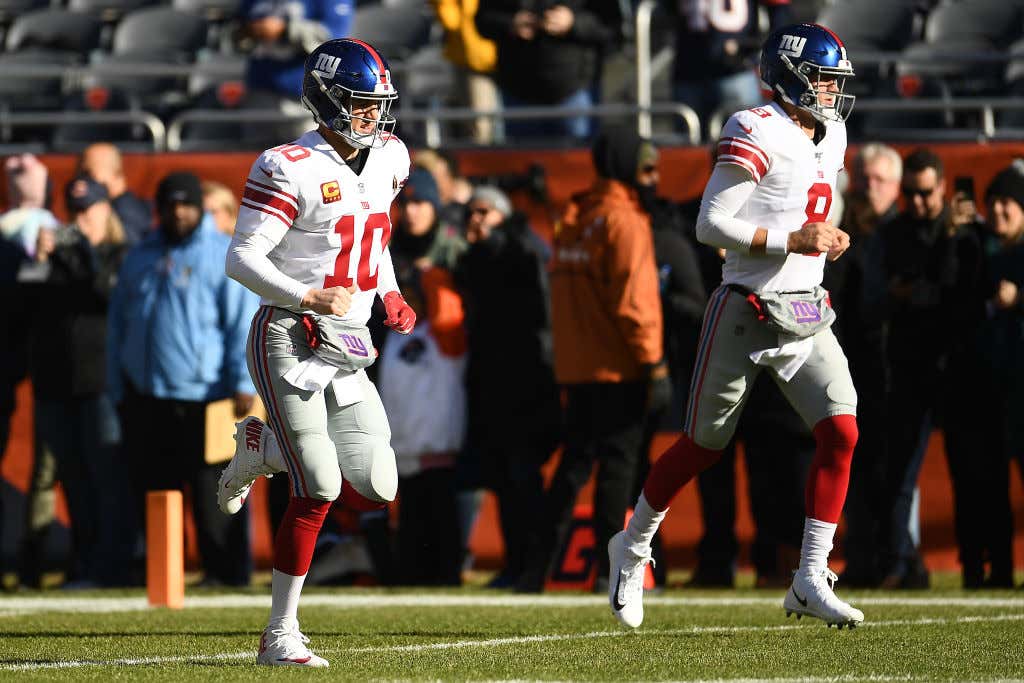