Source - The Italian Mafia has opened its doors to gay men for the first time after it emerged that a mob boss’ son is living as a fabulous drag queen.

In the past mobsters risked being murdered if they were even suspected of being gay. But the once fiercely homophobic Mafia has now “evolved with society”, an anti-Mafia investigator in the southern region of Calabria has revealed.

Nicola Gratteri told The Times that although homosexuality is still taboo among older bosses, the Mafia has relaxed its rules to permit gay men in its lower ranks, as long as they don’t “parade it in public”.

Gratteri eavesdropped on communications between the ‘Ndrangheta, Southern Italy‘s richest crime syndicate. The family are thought to control 80 per cent of cocaine flow in Europe, part of a business that brings them £38billion a year.

He intercepted “passionate” letters between one crime boss and a young lieutenant, and learned that many Mafia foot soldiers freely enjoy drag bars. He even discovered that the son of one prominent crime boss is living as a drag queen under the name Lady Godiva.

Gratteri, who has lived for three decades under police protection, claims that the ‘Ndrangheta have grown soft.

About. Damn. Time. The mob hasn’t had a high profile queen since Griselda Blanco. The Italian mob hasn’t had a high profile queen since…ever. The last gay mobster to make a splash was Vito from the Sopranos and we all know how that ended up. The point is, the mob is evolving and I’m here for it. By the way, these were the search results for ‘Lady Godiva’… 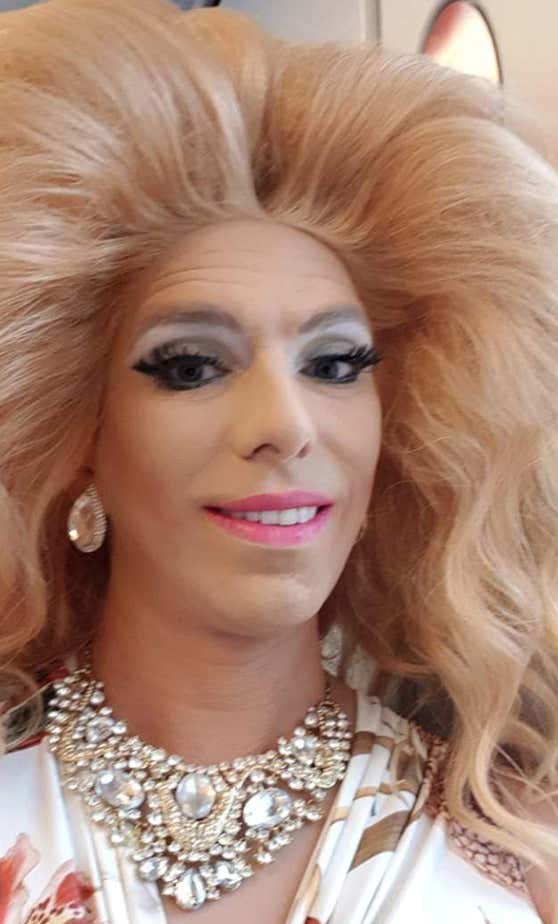 Not sure if that’s the queen in question, but I really hope it is.

Regardless, this story reminds me of when Dick Cheney’s daughter came out as a lesbian. He had been a vocal opponent of gay marriage until the issue hit close to home then he changed his mind. The same thing happened here except instead of the person in question being a head of state, they’re the head of an organized crime syndicate responsible for eighty percent of the cocaine flow in Europe. Same thing.

Here’s what the guy who broke the news (pictured) had to say:

“I’ve brought to trial the grandfathers and fathers of today’s bosses. They were impassive in the face of long prison sentences,” he said. “The young today can’t take the stress of prison in the way their parents did. They get paranoid, depressed. They’re more fragile.”

Instead of receiving the expected death threats for his comments, Gratteri was bombarded with emails accusing him of being “insensitive” for declaring the Mafia’s admittance of gay men meant they’d gone soft – suggesting that times really have changed.

Apparently they’ve been trying to kill him for a while now.

Gratteri isn’t letting his guard down, though. In 2005 he overheard a boss and his son-in-law casually chatting about plans to murder him, and in 2017 police uncovered a plot to blow him up with 36lb of plastic explosives.

“It means I haven’t been to a beach, cinema or restaurant in two decades. I could never go to any of my children’s school plays,” he admitted.

“To live like this, you have to believe you’re doing something important, or you’d go crazy. Being anti-Mafia is like a religion.”

As much as I don’t want to say it it’s only a matter of time until they catch up to him. In the words of the late great Frank Costello, “the mafia has a lot of teeth.” Hopefully they leave Godiva alone.