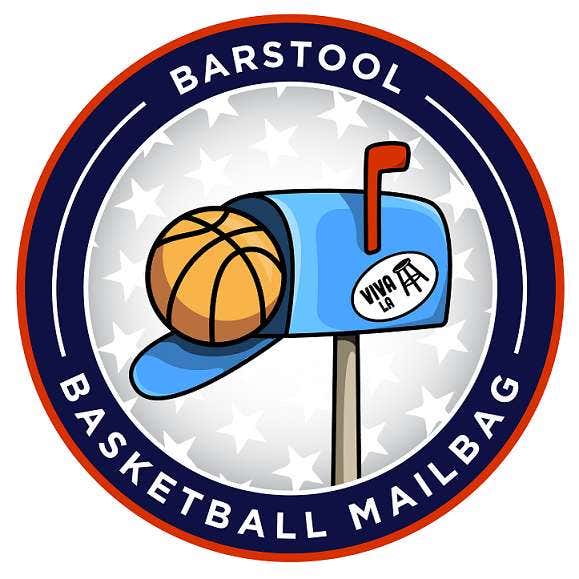 Alright let's get into it with what will probably be the longest answer of the blog. First things first, there actually weren't a whole lot of takeaways because outside of the MSU/Duke game everything went pretty much how I expected. Not the blowouts, but in terms of who won. I thought Ohio State was real in the preseason (remember they were in my futures blog at 50/1 saying there's no way this team is not a preseason top-25 team). I thought Purdue was in the perfect spot to beat Virginia. But as for some takeaways - Duke's ability to realize to play through Vernon Carey first this early on in the season has been one of the more surprising developments. In no way am I calling Tre Jones a selfish player or anything, but he's the experienced point guard, you'd assume he'd be the first option at least through this time of the schedule. I still have questions about their roster on the wings, but that's a surprising development. My other big takeaway, and it's not shocking, is that Virginia is in a whole lot of trouble. This is the version of Virginia that every casual fan actually thought of them the last 5 years. The difference is the last 5 years they were actually fine on offense, just low scoring because of tempo. This year? They have absolutely 0 offense. Yes, they don't have Braxton Key, but he's not a guy that's going to go get the ball and get you 15-20. I do think Morsell can turn into the go-to guy, but we're still a little bit away from that. The defense is great and that might be underselling it a bit, the problem is they run ball screen continuity offense because of Jay Huff/Diakite, which fits them better. The problem is instead of Ty Jerome (one of the best PnR guards in the country last year) and No. 4 pick De'Andre Hunter running it, you have Kihei Clark and Diakiate running it, which is why there's a lack of offense.

Absolutely nobody (maybe DePaul, we hope). But the fact is there isn't a great team this year. There will be upsets every night of the season. There will not be one team undefeated.

I don't think it's a lineup fix at all, it's just taking time for this team to figure it out. You're seeing a guy like Kofi Cockburn, who is damn good, make freshman mistakes because he just isn't polished yet. By that I mean he's hedging a bit too hard and picking up way too far out instead of sitting back and giving himself some space as a big switching on a guard. The other thing? They just need to take care of the ball. They are careless with turnovers. Cut that down and they are fine.

They aren't good, especially with Armando Bacot injured. I went in depth on them earlier this week in a blog, but here's the gist. Right now Roy has rolled the dice on pretty much 6-7 wings and none have really turned into the scoring option to help Cole Anthony. The up-transfers are just that, trying to play at UNC after playing at mid-majors where the offense was centered around them. Brandon Robinson is coming back from an injury and he's been okay, but he's just shooting 33% from three. Leaky Black isn't a shooter so you can collapse off of him to take away the drive. The offense just isn't flowing right now and it's not THAT shocking considering what they lost from last year.

It feels like they'll be a bubble team. They have one bad loss so far - home to St. Joe's. But, the AAC is a bit weird. Cincinnati is down, Houston hasn't looked the part yet, Memphis is good and getting Wiseman back. Wichita State hasn't taken the jump a lot of people have thought. Temple is fine. There's a chance that UConn can win enough games in the American to inflate that record. I still think they are a year away but with the way this season is going, they can be a bubble team. Getting Bouknight into the rotation should help in the long run.

No, considering it's a round-robin regular season I don't think they are better than Baylor or Kansas for sure. They are fine, don't get me wrong, but they aren't winning the Big 12.

Two pretty easy things here to identify as what's wrong. First, they are still learning roles/how to play with each other. This team was decimated by injuries last year, relying on a bunch of freshmen. Now they have guys back and new roles are established, however it takes time for that to develop. Second? They are shooting like shit. They are 81st in the country in 3PA/FGA but shooting just 31% from three (236th). That ain't the recipe. Throw in the fact that they are playing fast again, they are going to get shots up. Just start shooting the ball better and that fixes about 70% of the problem.

It's a clear 3rd for me. I have it behind the obvious two in Kentucky/Louisville and Duke/UNC but it's above Purdue/Indiana, Kansas/Missouri, UConn/Syracuse, Georgetown/Syracuse, BYU/Utah, etc. These fans legit despise each other, we've obviously had the brawl between teams. Now, I will say these fans need to switch it up. They keep playing the hits in terms of making fun of the other side - Xavier has never made a Final Four, Xavier responds saying they've been the better program since the students have been alive. All true. But 365 days of the same thing gets old. I get that Xavier isn't technically in Cincinnati fans, I get that no one was alive when UC won a title, Xavier fans. Let's mix it up a bit.