Source - A female judge in Kentucky has been accused of turning her chambers into a glorified frat house where she had threesomes and allowed employees to get drunk on the job.

Family Court Judge Dawn Gentry allegedly gave attorneys preferential treatment if they appeased her sexual demands and donated to her campaigns for re-election.

She serves as a family court judge for Kenton County [and] allegedly used her chambers as a 'frat house' and swingers club to facilitate threesomes with former pastor turned guitar player, Stephen Penrose.

She and Penrose are in a band together. According to her ex-husband, they were having an affair during her marriage. Penrose plays the guitar in the band and Gentry plays the bass. 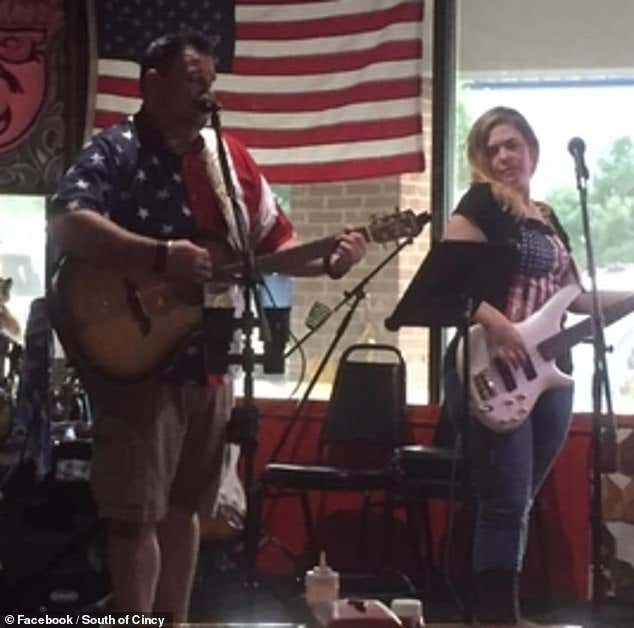 Katherine Schulz who sat on a panel with Gentry ... claims that Gentry told her to download Snapchat and then used it to ask her to seduce her now ex-husband, Brian Gentry, and also join her in group sex.

Schulz said in an affidavit obtained by The Cincinnati Enquirer that Gentry was trying to have her sleep with her estranged husband so she could then pin her divorce on him being unfaithful.

She then asked Schulz to have sex with her and Penrose at a legal conference, she claimed.

Seventeen years. Not to make this amazing story about Judge Dawn Gentry all about me, but I worked as a Court Officer in the Massachusetts Trial Court for 17 years. And in all those years I never came within a million miles of working for a judge anywhere close to being this fun. And you're goddamned right I'm salty about it.

If there's one common denominator shared by all state judges, it's the delusion of their own superiority. Like they descended from Mt. Olympus to dispense their godlike wisdom to us lesser mortals. As opposed to the truth, which is that they're lawyers who knew a politician with more juice than all the rest of us hacks. Some were better at hiding their contempt for the rest of than others, but to a person they all regarded us a monkeys with badges. Me especially, since I spent most of my time at the courthouse trying to create Barstool content and was pretty clear about my intentions to get off the government teat and go full time doing this. Judges tend not to have much use for someone who doesn't have much use for them.

I mean, I got along with them all, for the most part. But that meant being deferential. Listening to their boring stories, in which, not coincidentally, they are always the hero. Kissing their asses. Being their servant. And then being dismissed when they're done talking like you just had an audience with the Queen. Trust me, not one of them offered me booze or invited me into a 3-way. If they had, I probably would've counted down the minutes until the weekend was over so I could get back to work. I might've even showed up on time once in a while, instead of walking in at 8:45 and signing in at 8:30 pretty much every day.

So let's give a "Hear Ye, Hear Ye" to the Honorable Dawn Gentry. THIS is how you run a justice system. Like a frat house. With drunkenness, debauchery, adultery, orgies with attorneys and church pastors and Rock 'n Roll. Did somebody say, "All rise???" And one of the great little gems in this story is that she's a Family Court judge. So all day long she hears cases about infidelity, crazy spouses and marriages going horribly, horribly wrong. Which makes her probably the most overqualified justices in the country. I don't know if she'll be removed from the bench, but if she survives and there's a opening in Kenton County, I know just the guy to be her Court Officer. He's got plenty of experience, all skills it takes to get the job done. And this time, plenty of motivation. And if Her Honor doesn't survive, I think we've found the next great daytime TV judge.