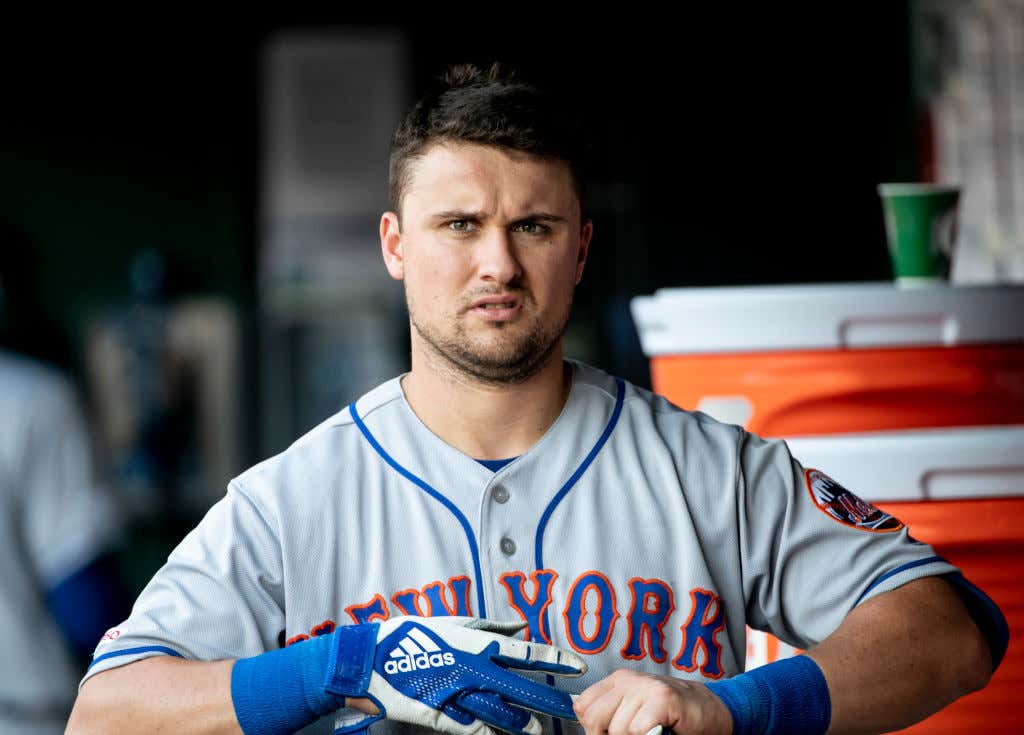 Mets third baseman JD Davis has come out and denied any wrong doing during his tenure with the Astros, which began in 2017. He claims he was too young and thus out of the loop in terms of the cheating scandal. He only hit .226 in 2017 so how could he have been cheating? He doesn't think he'll be investigated by Major League Baseball. Well pal, for now I'd say don't leave the country.

“I have no idea, I was kind of the freshman among the seniors,” Davis said. “I have no idea what was going on or what’s really happening. That is MLB’s investigation.

“I wasn’t aware of anything and even if there was I wish I would have known, because I batted only .180 or .200 or something like that, but I really have no clue.” -NY Post

It took the internet like five whole minutes to find a perfect example of him using the garbage can banging to lay off an off speed pitch away and on the next pitch lace one right up the middle.

If you think for a second that there were people on the active roster who didn't know what was going on then buddy do I have some bad news for you. Every single member of the scumbag Houston Astros knew how they were cheating. Just because you were shitty at using the cheating doesn't mean you're exempt, JD. Don't play dumb because it was your first year in the bigs. You can't hide from the evidence because it's literally everywhere in every single game. Don't think they would do the whole banging process if you didn't know exactly what was going on.

P.S. I realize JD is in an impossible spot here because Carlos Beltran was clearly very involved with the cheating and he's now the manager of the Mets. It's just tough to say that and the internet then disproves everything you said in a matter of seconds with concrete evidence. Fucking garbage cans man.