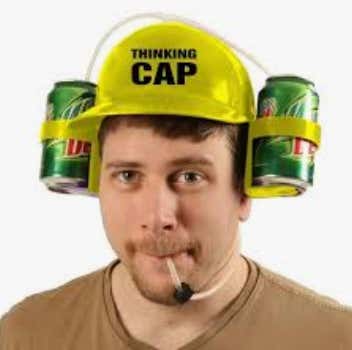 Alright ladies & gents, tilt your cell phones & computers to a discreet angle and put your thinking caps on... big quiz ahead of you: 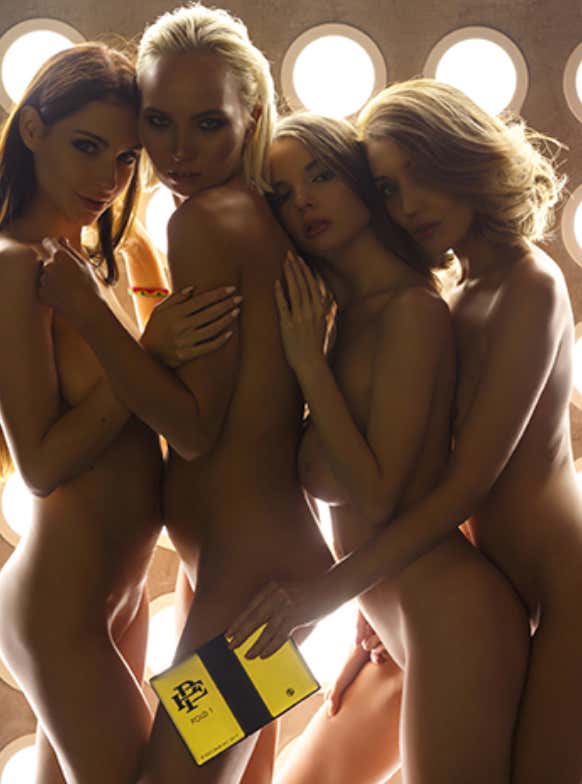 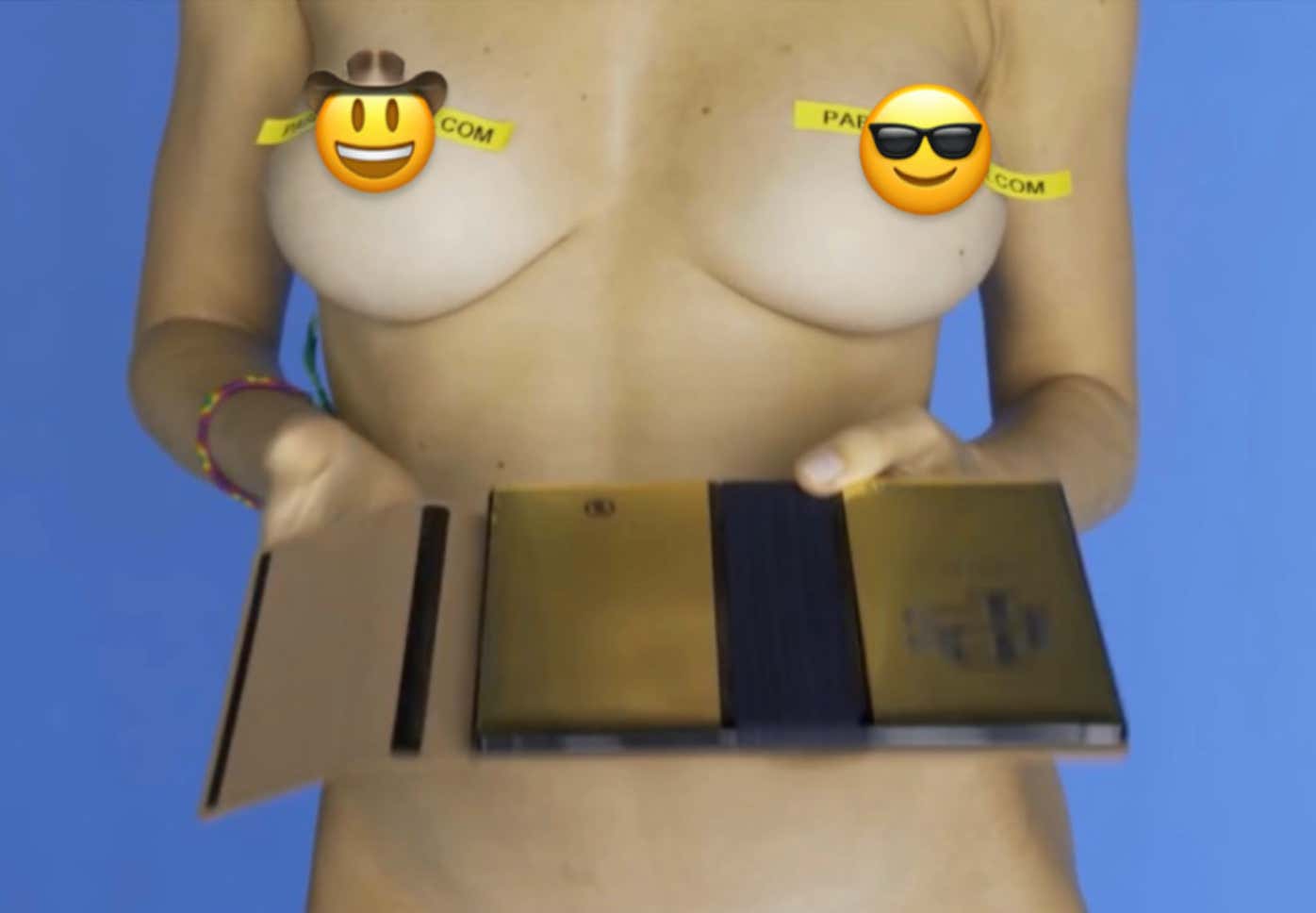 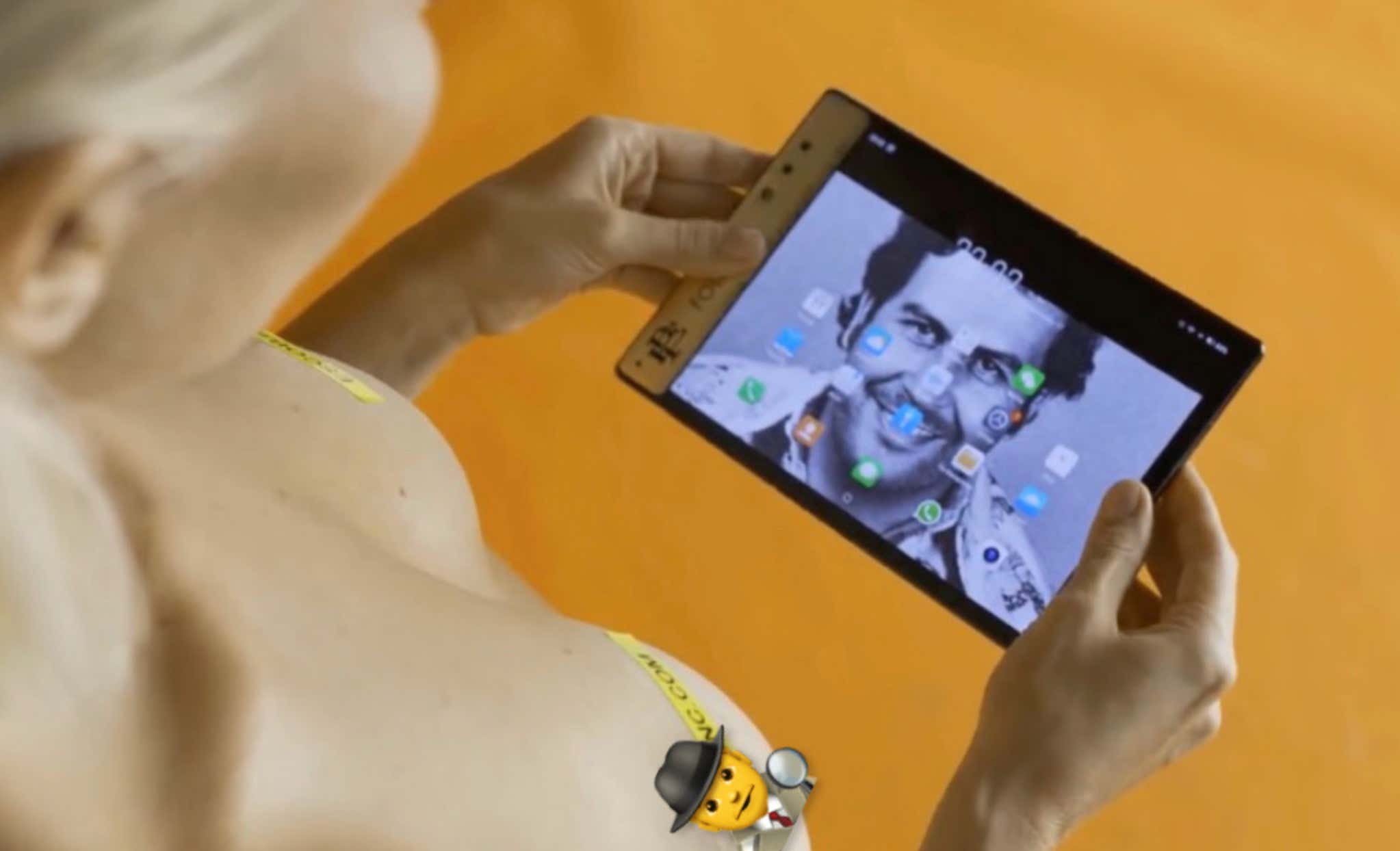 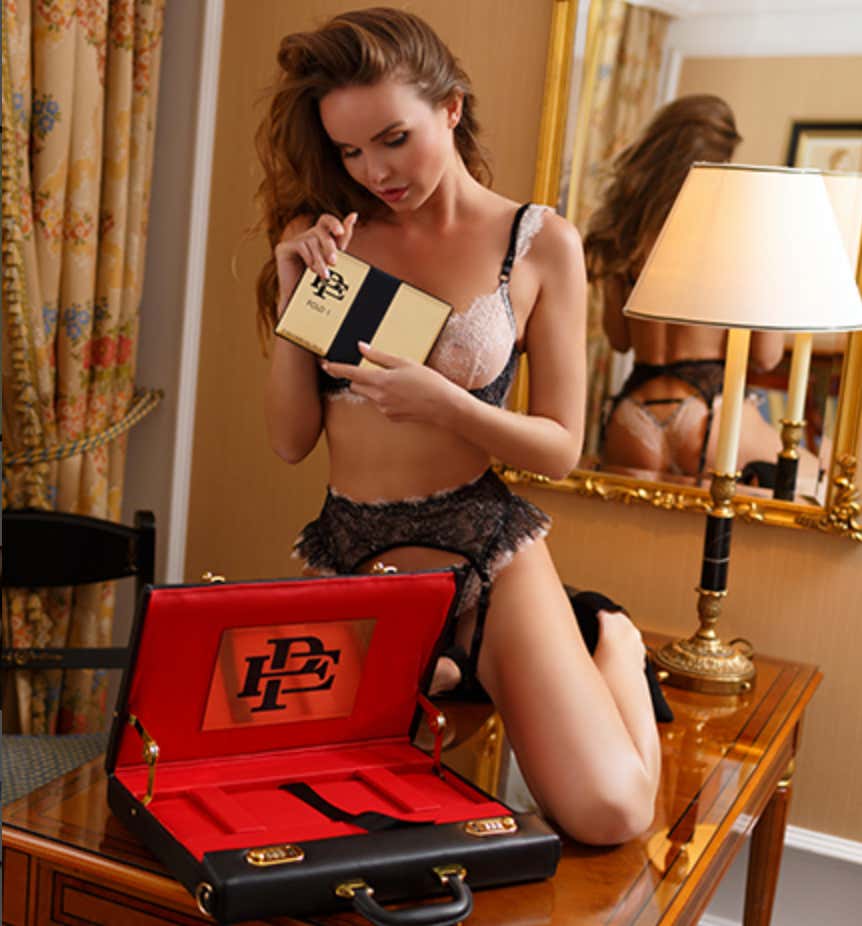 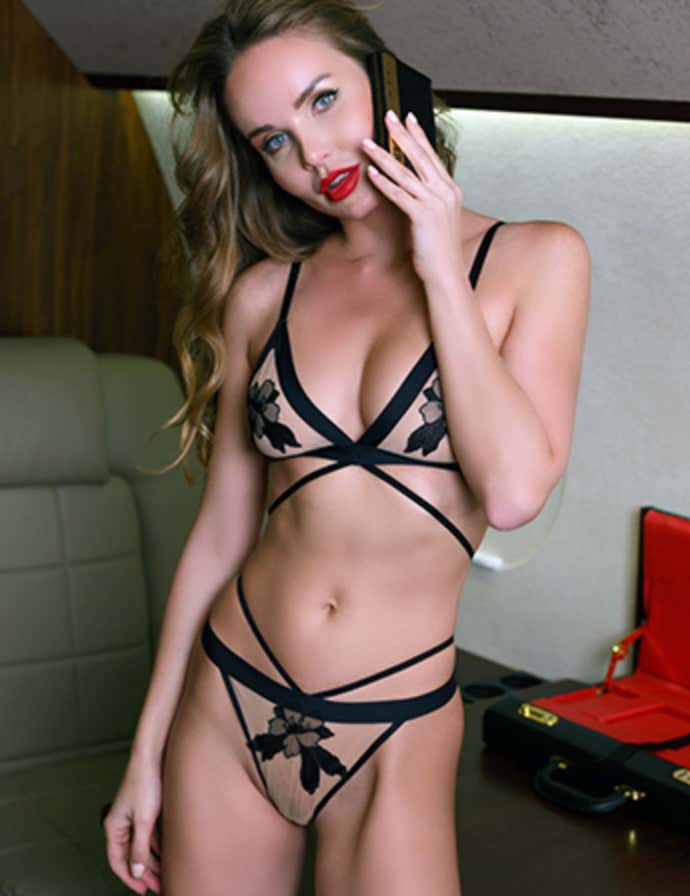 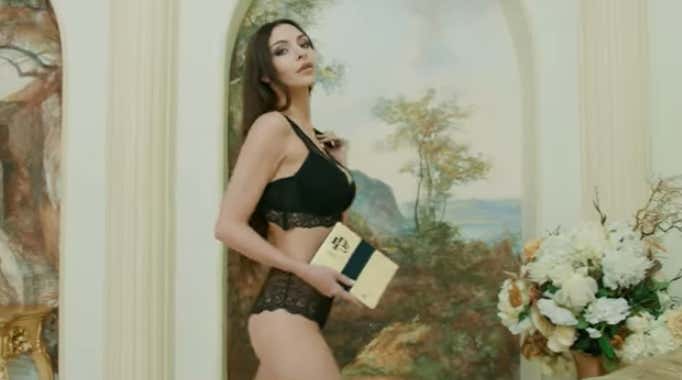 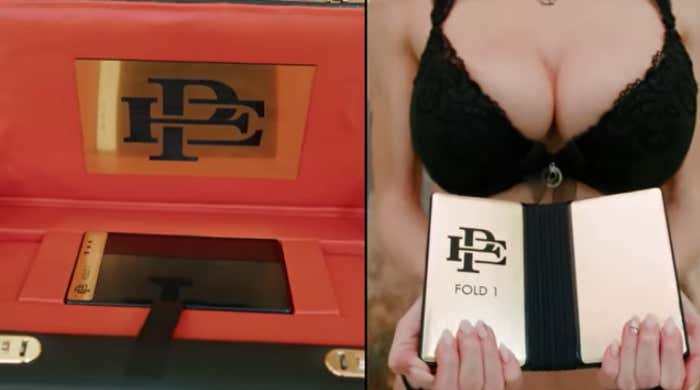 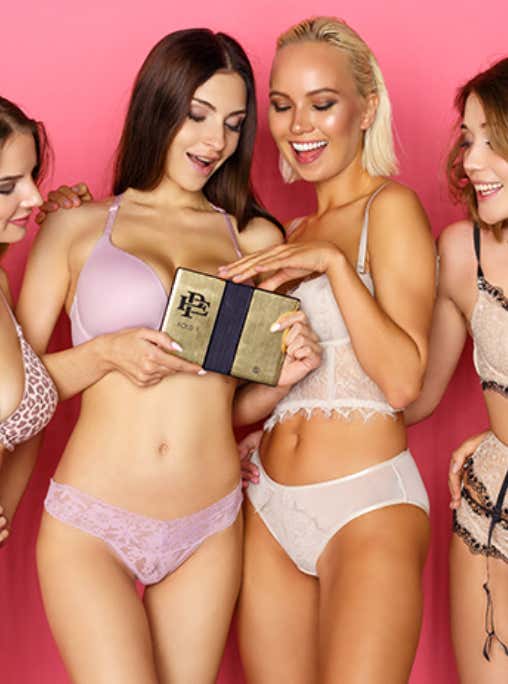 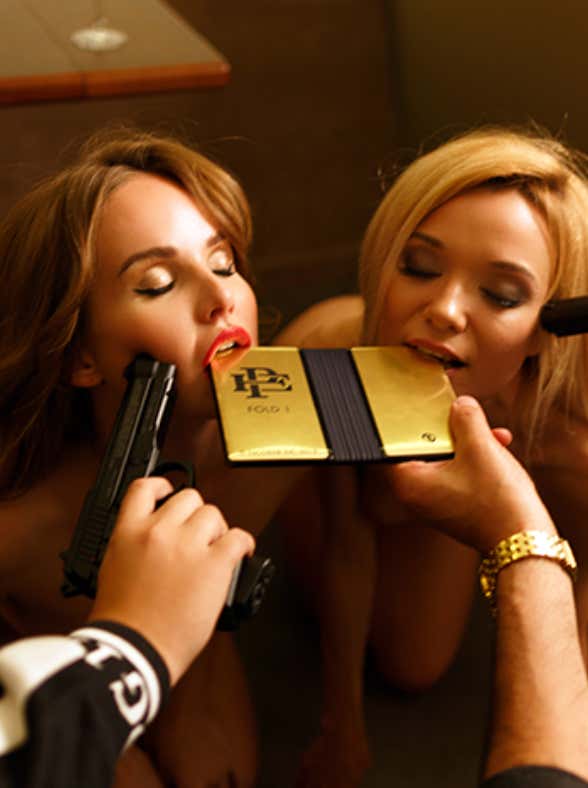 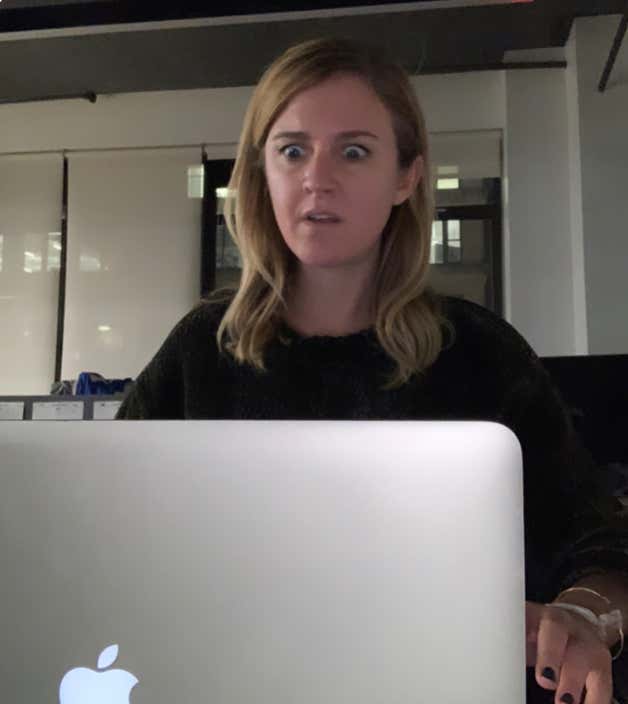 The photo where male hands are pressing guns into the women's faces made me so mad I almost snapped my phone in half. Sheesh. That wouldn't be a problem if I had a bendy one that… oh Goddamnit.

Anyways, if you guessed that those photos are advertisements for Pablo Escobar's brother Roberto's new bendy cell phone you were correct. And those photos are on the actual main page for the phone. Totally what you'd expect form a guy who looks like a perpetually sleep-walking Arrested Development character.

Pablo Escobar’s brother Roberto has topped off a busy and eccentric year with a surprising announcement: His company Escobar, Inc. has released a foldable smartphone in both 128 GB and 512 GB models. The 512 GB model retails for $499, the same original price as a signed copy of his autobiography—now on sale for just $99!

Escobar touts his new foldable phone as the answer to your prayers, including a price that’s more proportional to the experimental nature of the foldable phone. His model also includes a fully flexible display rather than a rigid fold, but that means instead of a Nintendo 3DS silhouette, the Escobar Fold 1 has one very thick, rounded edge. It’s more like a pocket-size Trapper Keeper with an asymmetrical profile. And at 320 grams, it’s fully twice as heavy as the Samsung Galaxy S10 or Google Pixel 4, and 60 grams more than the competing Galaxy Fold.

Escobar Inc is the official holding company for Pablo Escobar, founded in 1984 by his brother Roberto Escobar in Medellín, Colombia.

Currently responsible for managing the assets of the Escobar family via boob related tech content, including but not limited to the intellectual property rights and licensing of same.

I like that they only sell 7 items on the site (the flamethrower is no longer available & I'm not sure if that's due to Roberto's dispute with Elon Musk or not) which are just hats, shirts, pricey leggings, a gym bag & bendy cell phones. Very versatile. Real gangster business shit, indeed. The holidays are fast approaching so don't wait too long. 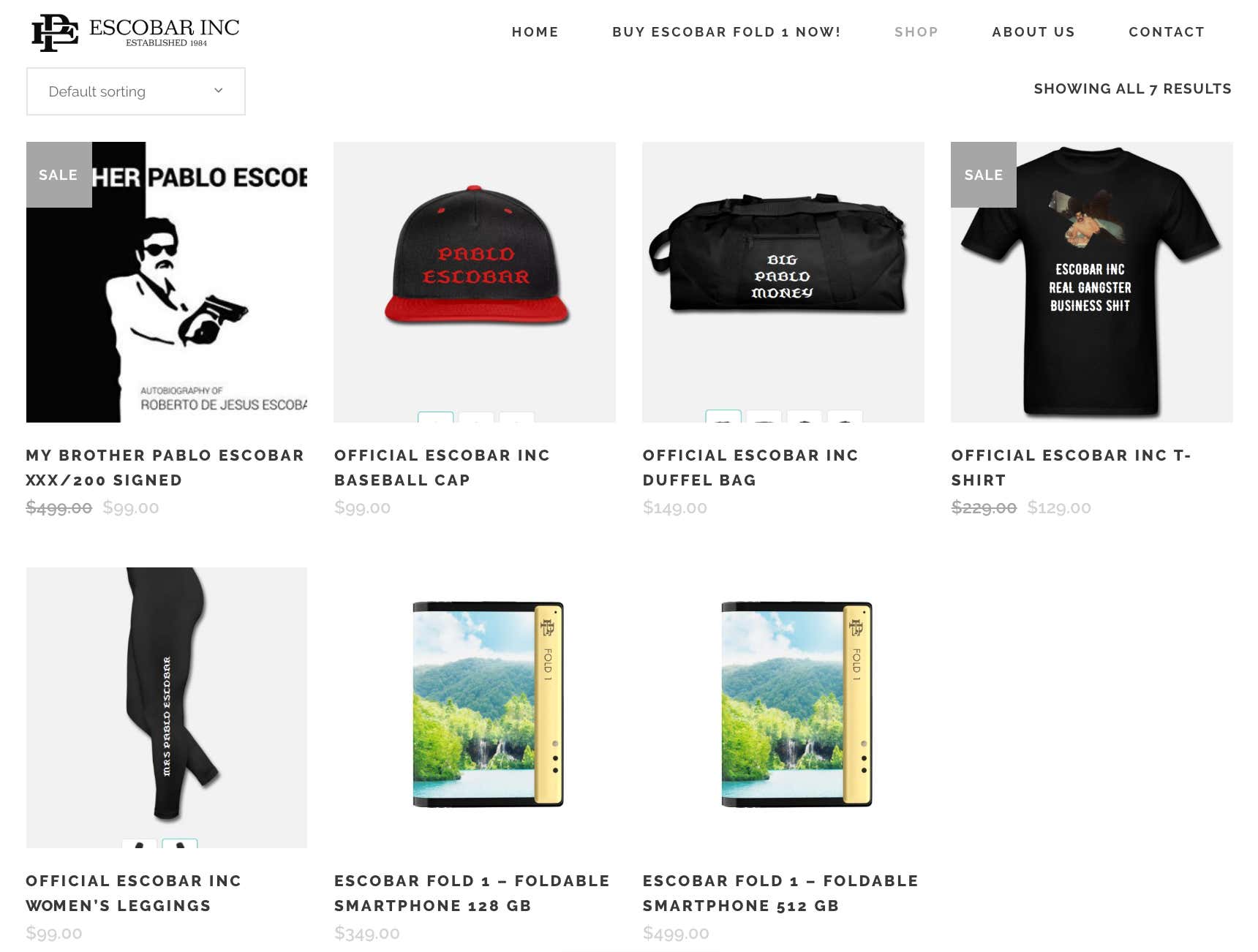