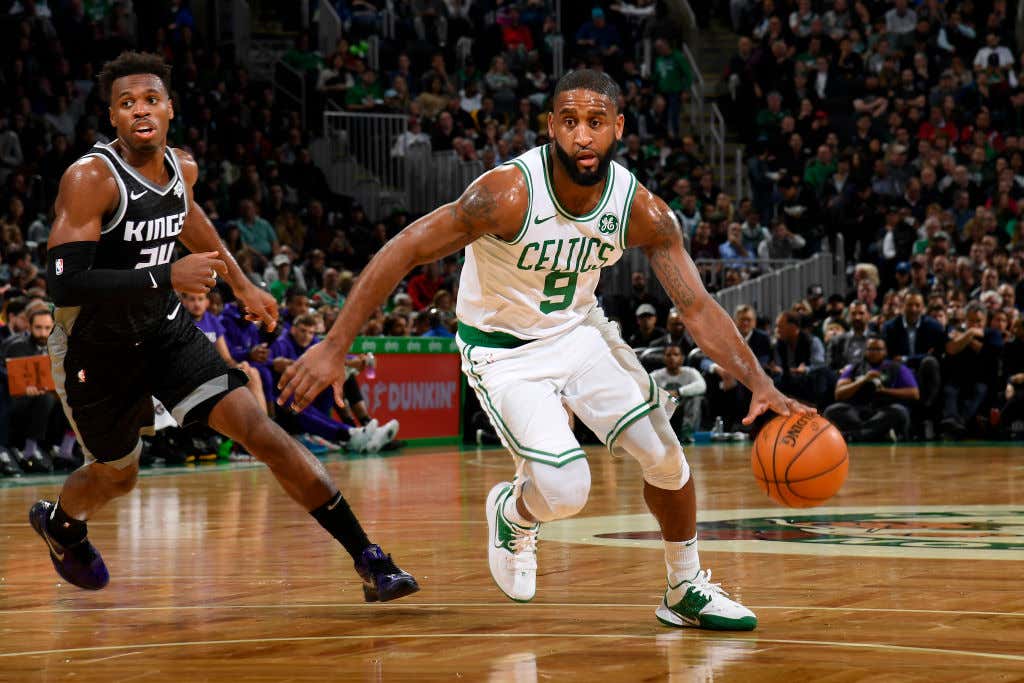 If you're like me, you're having a hard time ignoring all the quotes and videos of Gordon Hayward and his recovery from his fractured hand. A tweet here that says he feels great and is ahead of schedule, a tweet there that shows him dribbling and shooting, we've been here before and it can be hard to remain patient given how good Hayward looked to start the year. It's no secret how important he is to their success and that if he maintains this All Star production it certainly raises their ceiling.

But we're now 3 weeks into life without Hayward and surprisingly the Celts have managed to tread water despite not having their best player. They've gone 8-4 since Hayward went out and all those loses were close. If you want to throw out the WSH/GS wins because they stink, that's still a respectable 6-4 against a legit crop of opponents. So how have they done it? There's no denying the overall team stats have dropped a little bit post Hayward injury

Now part of this is due to playing better competition, but overall I think it's fair to say the Celts have done a good job so far of weathering the storm and figuring out how succeed despite missing a key playmaker. How have they done it? Well let's look.

For starters, what if I told you the second most used lineup since Hayward went out is a group of Kanter/Kemba/Marcus/Jaylen/Tatum? That grouping currently has a +23.7 net rating, 125.4 Ortg and a 101.8 Drtg. This is important because as you can see Brad has figured out a way to get Kanter on the floor and surround him with plus defenders to help hide his biggest weakness. This is why I don't get the Kanter hate, since the injury he's been nothing but reliable and is playing in lineups where he isn't killing you defensively.

We all know the second unit has its issues offensively. They stink. But here's the thing. The bench unit that has played the most together, Kanter/Wanamaker/Semi/Tatum/Carsen has been big time nails defensively. I'm talking a 95.2 Drtg and +23.4 overall net rating. It's pretty clear Brad is comfortable throwing Tatum out there as the primary scorer (this group has a 118 Ortg), while knowing they aren't going to be getting burned defensively. That was always a big question for me, how would the Celts stagger lineups now that they lost a primary ball handler/playmaker that could run the second unit? Especially with Smart now starting. Well the answer is simply put Tatum out there as a main scoring option and let Brad Wanamaker do his thing

I'm sorry, but to consider Brad Wanamaker anything other than a godsend since Hayward got hurt is wrong. His minutes are up to 21 a night (increased from 11 pre injury) and he's responded with 10/2.5/3.4 on 50/43% splits. He's seen his net rating jump from +1.9 to +7.2 with this expanded role. I cannot stress how huge that is.

Then you have to look to the young wings. We know they can score, they were both averaging close to 20 a game before the injury and have maintained that since Hayward went out. So what changed? Well, with one less playmaker out there something was going to have to give and these last three weeks Jayson Tatum has stepped up big time. Pre injury we were looking at an AST% of only 9.8% for Tatum. Not great! Since he's had to help fill that void that number has jumped to 14.5%. We just saw what that looked like in their win over the Knicks the other day. We've also seen Kemba bump this up from 20% to 26% as well, same with Wanamaker who has similar percentages. The team has found a way to replace Hayward's playmaking for the most part which to me was the biggest question. I can't say I saw that jump from Tatum coming.

One area Hayward really helped this team with was fourth quarter scoring. He was second on the team in fourth quarter points and was shooting 70/75% in 8.8 minutes a game before the injury. That's big time clutch production. So who has helped fill that void? How about Jaylen Brown, who went from shooting 31/22% in the fourth quarter pre injury to now 50/35% these last three weeks. He's third on the team in fourth quarter scoring, and his 4.8 points is pretty close to Hayward's 5.5. The Celtics have been able to maintain their elite fourth quarter offense (3rd) and have the 4th best fourth quarter net rating these last three weeks. That's important because pretty much every single game since Hayward got hurt is coming down to the wire. This team for the most part not pooping their pants when it hits the final 12 minutes has been huge. They've had some hiccups where Hayward would have helped, but it's a great sign we have not seen a major drop off in this area.

If Hayward stays true to his timeline and comes back on Christmas, that's another 8 games (I'm assuming he plays vs TOR). Here is what that schedule looks like: MIA/DEN/CLE/IND/PHI/DAL/DET/CHA

Not exactly easy. A total of 5 of those 8 are against teams over .500 and teams you would consider "contenders". Let's say they go 4-4, to bring their total without Hayward to 12-8. Now 6 of those are at home where the Celts are perfect, so would it be crazy if they went 5-1 or something? The point is, while the schedule does get tough over this last stretch, you combine the positive signs we've seen with the home court cooking and there's a good chance the Celts survive the Hayward injury much better than we all thought.

Now if he could just stay healthy for the rest of the season that would be great.