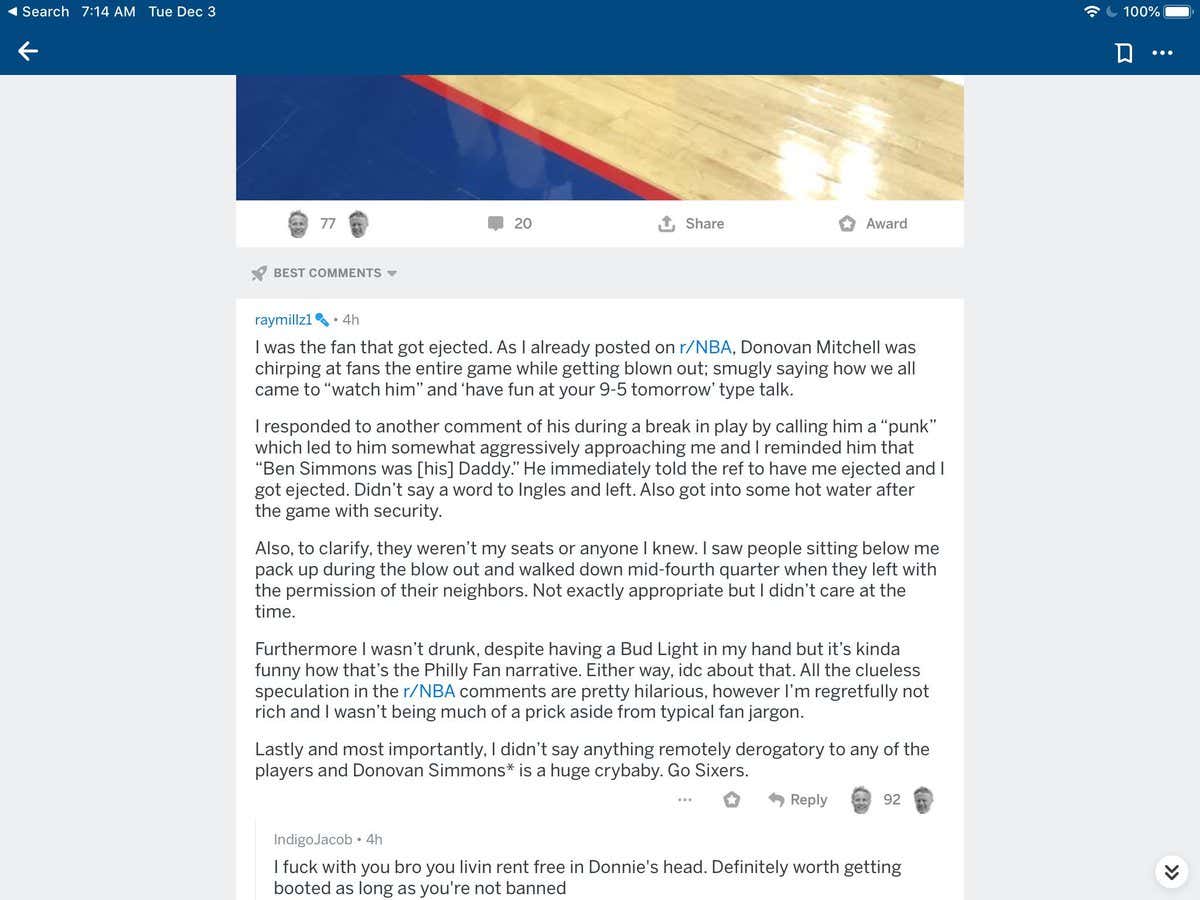 Is this your king???

I know that basketball players are soft but I'm surprised that poor wittle Donovan Mitchell isn't trying to get his lawyer involved here. Sue that fan for being a big meanie! Sticks and stones may break my bones but words will always send poor wittle Donovan Mitchell into a hissy fit and crying to security to get the bully out of the stadium. Imagine having such a badass nickname like "Spida" and being that sugar cookie soft. Yikes.

Good work, Spida. You got a fan kicked out of a game with less than a minute remaining in the 4th quarter while you were getting your ass kicked by the Sixers. You really showed that jerk. Way to stick it to 'em, bud! How on Earth will this man ever continue living his life without being able to catch the rest of that one in person.

And before anybody comes in here saying that the fan must have said something racist, I really don't think "you could tell he had a little too much to drink" would be Donovan Mitchell's own response to something like that.

Being drunk doesn't just magically turn somebody into a racist, a racist is a racist whether they've had anything to drink or not. So can you believe a random Reddit post 100% on what was said by the fan? Maybe not. But you also don't have to immediately assume it was anything racist. It's probably exactly what it seems like it was, where a fan was just getting under Donovan Mitchell's skin all night and he finally needed to lash out because the Jazz were getting their dicks kicked in all night. Donovan Mitchell is a confirmed narc, and he's also 0-5 against Ben Simmons in his career. Hate to see it.

10-0 at home. Best fans in the world, regardless of whatever Charmin Ultra Donovan Mitchell thinks.