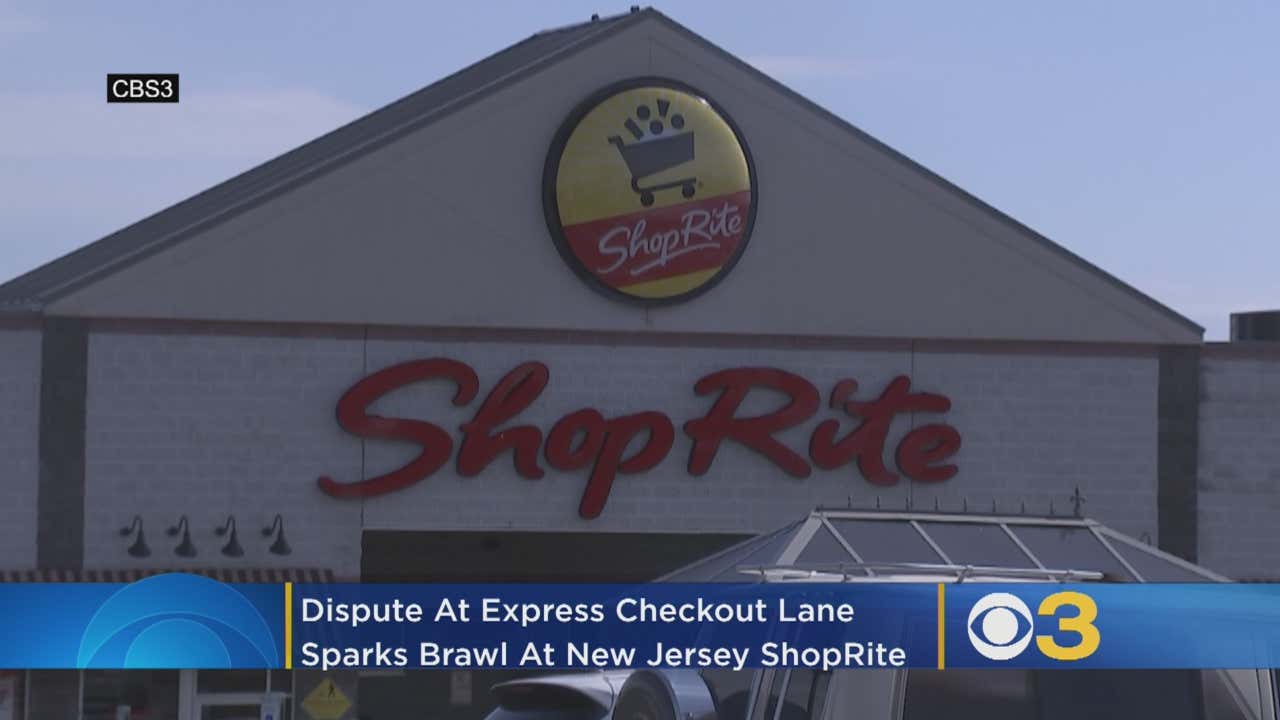 AP - Authorities say two women brawled in a New Jersey supermarket after one accused the other of having too many items in an express checkout lane.

The fight at the ShopRite in Howell broke out shortly before noon Thursday.

Authorities say a 43-year-old Brick woman was challenged by a 45-year-old Howell woman over the number of items she had in the express checkout. Their verbal dispute soon turned physical, with both women allegedly throwing punches and biting each other.

Grocery stores are where you can see some of the worst performances of human behavior on the planet. I don't know exactly what it is about them but for some reason whenever people enter a grocery store, they immediately begin to believe that the rules of society no longer apply to them. It's as if they truly believe that they are the only individual in there who is in a hurry to get out. Karen over there is thinking that everybody else is just here for fun or some shit like that, but she's the only one who has to get home because she has 5 mouths to feed. Selfish ass Karen.

So while people become completely void of any common decency whilst shopping for groceries, they try to pull stunts like sneaking 22 items into the "15 items or less" lane. Which is as deplorable of a move as they come. The lane clearly states 15 items OR less. Bringing anything more than 15 items into that line is no different than murdering somebody after reading a "please don't murder anybody" sign. Would you let the murder get away free because that person was "in a hurry" and didn't think that the rule applied to them? Or would you lock that son of a bitch up in jail for life? It's just a complete and total lack of respect for the rules. It doesn't matter if you have 16 items in your cart or 160. As long as you have over 15 items, take your ass to a regular checkout line.

And if you don't? If during your 43-years on this planet you still haven't figured out that the world doesn't owe you anything special and that you don't get to do whatever you want just because you're too self-centered to realize that nobody else gives a shit? Well then an ass beating is 100% justified in that situation. And I mean you're getting beat up by a 45-year-old woman so how bad could it possibly be? A couple scratches at worst? Seems more than reasonable to me. But let that be a lesson to all the boys and girls back home. The grocery store isn't a place to fuck around. The grocery store isn't a place where you just get to make up your own rules. It's also 2019 and you should be ordering your groceries online anyway. It creates more jobs.