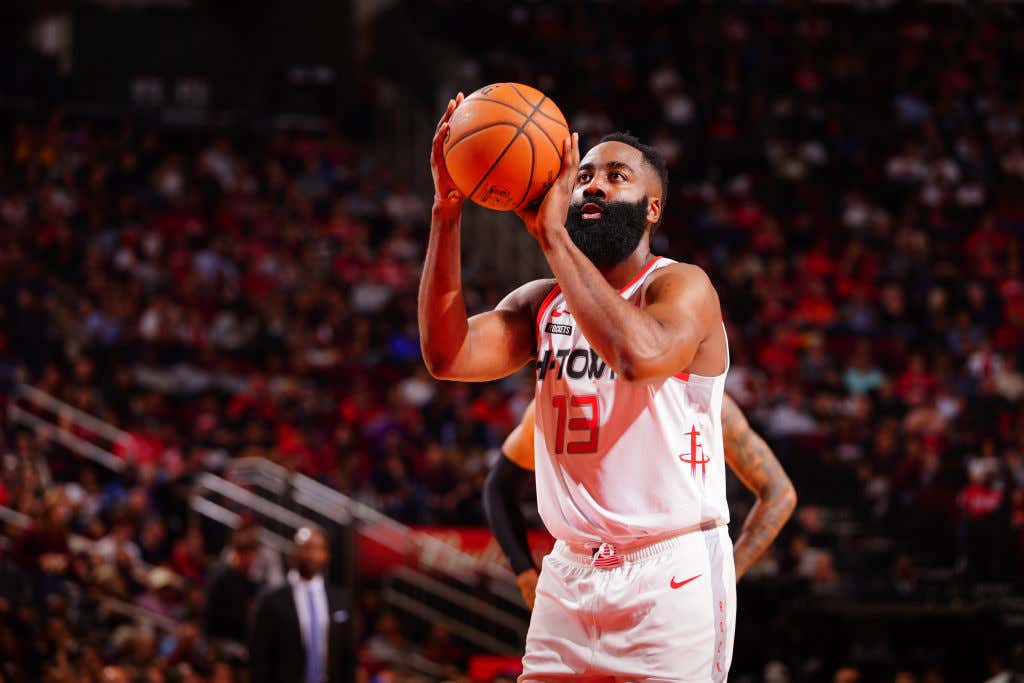 Another day, another outrageous performance in the NBA. The other night it was Luka, pretty much every night Giannis is doing something crazy, and then there's James Harden. You think this MVP race is going to be tight again this year? Shit, Luka is probably going to average close to a 30 point triple double, Giannis has literally improved across the board which no reigning MVP has ever done for a whole season, and then here comes James Harden averaging 37 a game coming into tonight and he gave the Hawks some light work with 60 points in 30 minutes. The final line was pretty ridiculous:

Complain about his style all you want, call it boring, say he gets bailed out by the refs, you're just hating on a man that is not only an offensive wizard, but perhaps the best offensive player the league has ever seen. I mean in this very same game Trae Young dropped 37 points on 10-16 shooting and who gives a shit. Sure maybe part of me is bias because we are Sun Devils, but when you do something that's only been accomplished 2 other times in the last 25 years that's impressive even if you hate how Harden plays.

This is why I can't understand how NBA ratings are down. What are people missing? Every single night has given us some sort of historic performance from a wide variety of players. We could very well have a situation where this is the closest MVP race in history and as someone that's been boned before, if Harden keeps this shit up I don't know how you could deny him. On the other hand if Giannis keeps his shit up I don't know how you deny him either. Then what if Luka averages a 30 point triple double at 20 and the Mavs end up being good?