On today’s Thanksgiving mega-episode of Pardon My Take, Danica Patrick joined the show to talk crystals, her podcast, and life with Aaron Rodgers. Patrick, a recurring guest of the show, does not shy away from here deep passion of crystals. So, Mr. Cat and Mr. Commenter thought it would be a great idea to get her in touch with fellow crystal enthusiast Devon Cajuste. Here is how that impromptu gathering went:

Mr. Commenter: I have a very special guest I’d like to just connect with on FaceTime really quick. So, this is Devon Cajuste. He used to be a player on the Browns, and he’s really into crystals as well.

Devon Cajuste: Hey, how are you?

Mr. Commenter: Hey, we got Danica Patrick here. She is a big-time crystal enthusiast, and I thought we should connect the two of you, just you know, for professional reasons. You guys should probably know each other, network a little bit.

Danica Patrick: What kind of crystals do you have?

Devon Cajuste: At my home right here, I just moved out of the house, the only crystals I have right next to me are these enormous slabs of selenite. 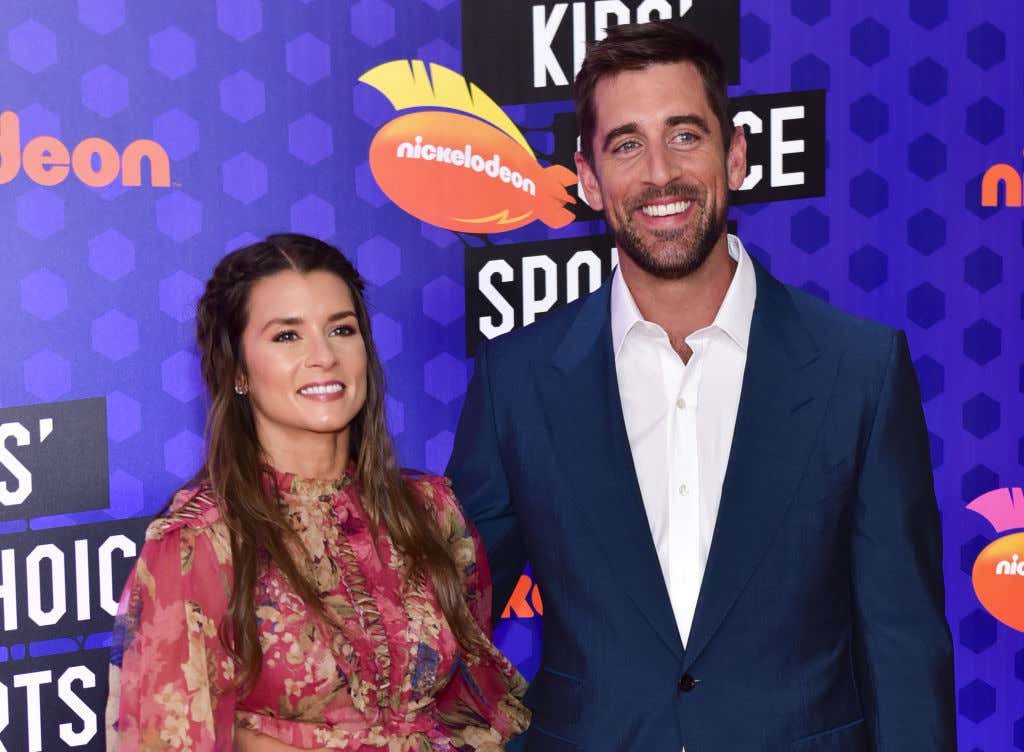 Devon Cajuste: Yeah, I use it for a cleansing. That’s why I have this huge slab, because then I’ll just place my crystals on that. So, in case the full moon isn’t out, or I don’t have time during the day to go back out.

Mr. Cat: That’s like a Mophie. It’s your Mophie crystal! You can just take it anywhere.

Danica Patrick: I am so proud of you! Good job. And the people that don’t believe in crystals, well, more for us.

Mr. Cat: Did you bring crystals with you?

Danica Patrick: I’m wearing crystals. I have moonstone on, and I have some other things, but those are the crystals that I have on.

You’ve got no choice but to respect both Patrick and Cajuste having a knowledgeable talk about crystals. Mr. Cat and Mr. Commenter are certainly pro-crystal, and there is no reason to believe that it doesn’t work. Just based off the success that both Danica Patrick and Devon Cajuste have had in their athletic lives, maybe their passion for crystals has a way of taking each of their respective careers to the next steps.

Watch PMT every Monday, Wednesday, and Friday only on Barstool Gold. In addition to these video podcasts, you can watch the Barstool Documentary, all-new bonus episodes of Pardon My Take, KFC Radio & KFC Radio Classic, as well as Skype Rundowns, live video AMAs, and other video content from some of your favorite personalities. As a Barstool Gold Hardcore member, you’ll also receive free shipping in our store, fewer ads, exclusive merch and the chance to take a tour of Barstool HQ. Join the most hardcore Stoolies and subscribe now: barstoolgold.com/pmt