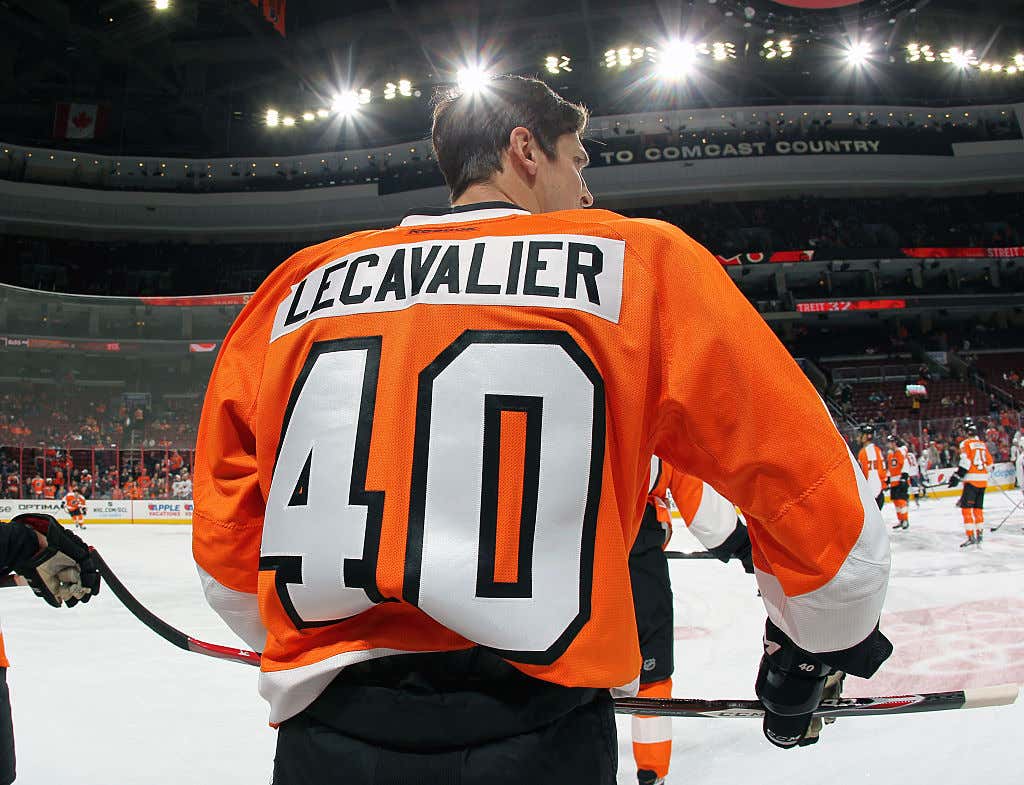 Much like everybody else in the world, I typically spend the majority of my days just searching through hockey-reference.com. I like to check on some stats, I like to look back at some old rosters, it's just like what everybody does on a normal day-to-day basis. Surfin' the web, ya know?

So while I'm scrolling through hockey-reference.com, many times I am reminded of guys who I completely forgot ever threw on a Flyers jersey once in their career. More often than not, that player is Kris Versteeg for some reason. I ALWAYS forget that Versteeg played 27 games for the Flyers and it always throws me for a loop every time I remember. Which got me to wondering that there has to be guys like that for every single professional sports franchise out there. Not random athletes as in some guy who was drafted in the 7th round and only got called up to the big leagues for a game or two. I'm talking about guys who had at least made somewhat of a name for themselves, then went on to play for your favorite team but were there for such a short and non-impactful amount of time that you end up just completely blocking it out of your memory. Where every time you remember is a "Oh shit! Oh yeah I totally forgot that ever happened" type of reaction.

Which led me to decide to stop thinking about it and just going out there and getting the answers myself.

Some of the answers have to be photoshops because I simply cannot believe that all of these are real.

Again, some of these images are so jarring that I simply refuse to believe that they ever actually happened in real life. And there are so many more that I missed. What a wild and crazy thing professional sports are.