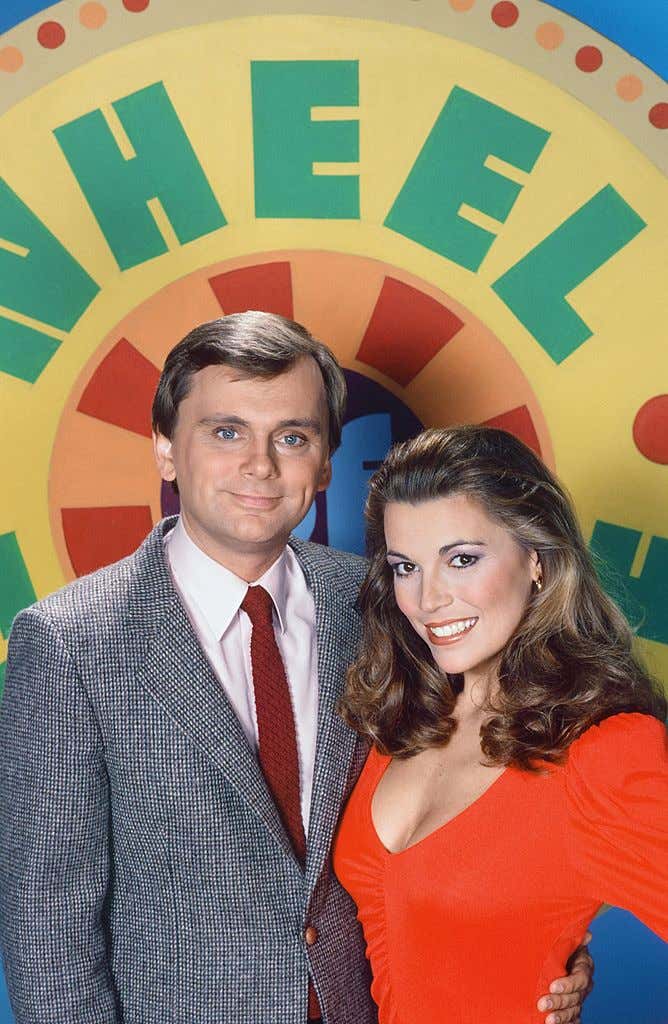 Wheel of Fortune is a little snake.

It's long disguised itself as the common man's game show - a show that any of us could play and win, young and old. In fact, it's a crowd favorite amongst grandparents who use its puzzles and riddles to stay spry and exercise their brains on a daily basis. Those of us who are self-aware know we don't have the insane intellect required to even MAKE IT onto a show like Jeopardy, much less beat a man/Jeopardy machine like James Holzhauer. Wheel of Fortune though, that's well within our wheelhouse.

Which is exactly why it's extremely unfortunate when silly little technicalities are THE reason a contestant misses out on prizes.

The rule states a contestant is to recite the puzzle's answer and ONLY the answer, no "ands" about it. Good guy Pat Sajak even gave her a quick reminder, "Say everything; don't add anything; go ahead," but it wasn't enough. Kristen Shaw accidentally added an "and" in there, purely out of habit, and that tiny conjunction cost her almost $10k worth of cash and prizes.

“As soon as it came out my mouth, I knew what I did was wrong,” said Shaw to News 2. “But I didn’t want to show my disappointment because I knew I was on camera. But my heart was pounding inside, like my heart just sunk.”

That SUCKS. Not because she missed out on life-changing money, but because it was a dumb mistake made in the heat of the moment. Nerves/excitement simply got the best of her, and when that happens, it's impossible NOT to be deeply disappointed in yourself. That's the kind of mistake that bothers you long after the episode airs, long after the rest of the world forgets about it.

We all have those mistakes.

In 2010, I unknowingly sat directly behind Taylor Kitsch at the premiere of The Bang Bang Club, realized it halfway through the movie, and spent the second half of the movie convincing myself to say something to him. When the movie was over, he stayed seated, I desperately tried to think of a great opening line, thought of nothing, sat there like a FUCKING LOSER, and watched him get up and leave.

That was almost 10 years ago and it STILL bothers me. (I did see him when we were walking out but he was with a bunch of people, so I dropped a quick "Texas Forever" as I walked by that he probably didn't hear/ignored because everyone says that to him, and hung my head in shame.)

Fortunately, Shaw won't have to live with the same deeply-rooted regret thanks to the video going viral, some friendly Twitter outrage…

… and a man with a heart of gold and all the right connections. (Per Newser)

LJ Whalen, a director at Nashville-based tourism company Adventureworks, heard about Shaw's story and decided to set things right by getting Shaw her trip to Music City. He coordinated with hospitality companies in Nashville, and together the businesses offered Shaw plane tickets, hotel accommodations, and tickets to the Grand Ole Opry.

Oh you know, just people doing good, not for any other reason, other than because they can.

"Our hospitality community is so close-knit, and we’d love to show Ms. Shaw and the nation that we’re a lot more than boot stomping and beer drinking. This is what we do here in Nashville. We give second chances… AND we are not going to make you solve a puzzle to claim it."

And Happy Thanksgiving to Shaw, Whalen, and the entire city of Nashville for reminding us of the good in people.