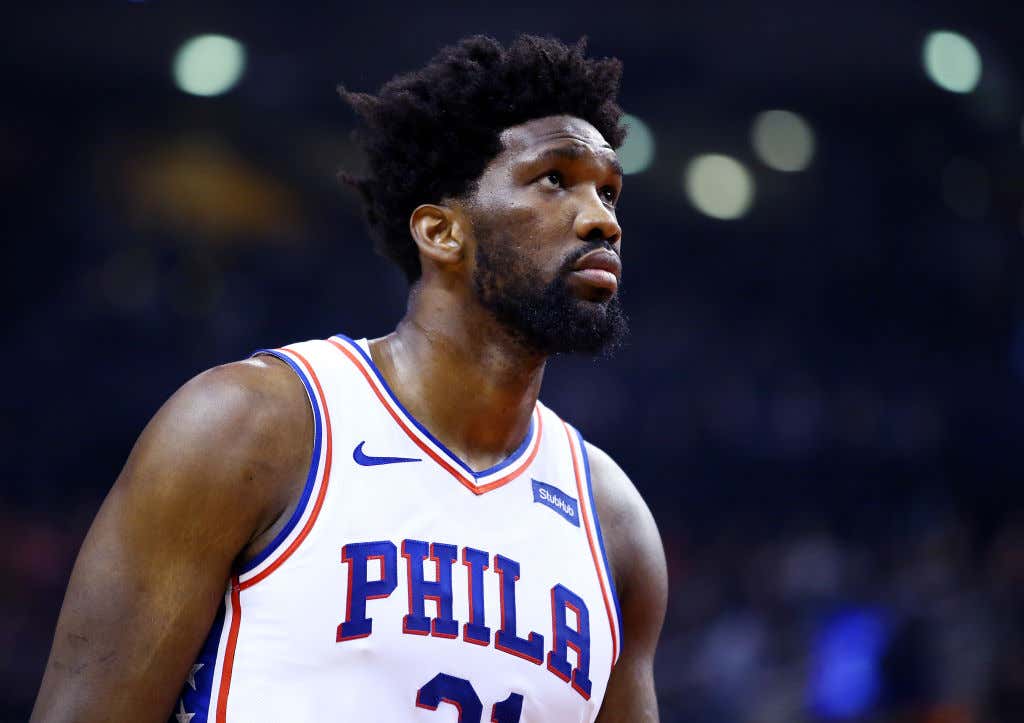 This photograph right here was from the worst loss of your NBA career. The loss that hurt you the most. The loss that was supposed to fuel you with so much anger that you'd come into the season in the greatest shape of your life and then dominate the entire NBA so that you never feel like that again. 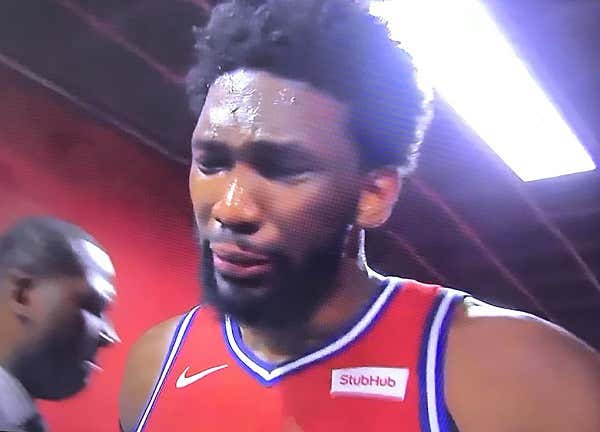 This was supposed to fuel you so that you would absolutely crush Toronto every time you saw them again. But how do you follow that moment up?

By putting up zero (0!!!!) goddamn points the next time you play in Toronto. Good grief. Raise your hand if you scored as many points in the NBA today as Joel Embiid. Everybody's hand should be raised.

Just what a kick in the dick this loss was. And what an absolutely humiliating 48 hours to be a Philly sports fan. Between Carson Wentz looking like pure dog shit yesterday and this performance from Embiid, it's at least going to cost this city an average of 8 years off their lives. Fuck, man.

Good news: The Flyers held on to a 3rd period lead and actually won in regulation for a change. So go, Flyers. You're our only hope.