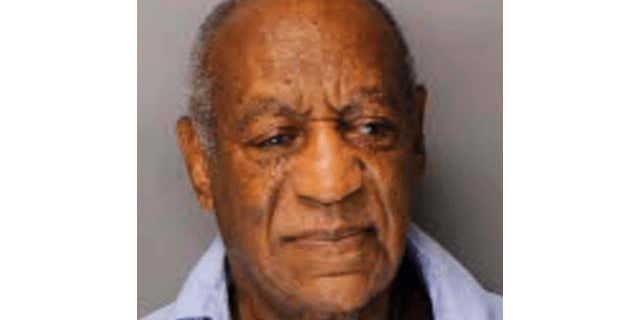 Source - Bill Cosby breaks his silence, granting his first exclusive interview since beginning his sentence at SCI-Phoenix, a maximum-security Pennsylvania penitentiary near Philadelphia.

Today, in a special phone call with the National Newspaper Publishers Association’s BlackPressUSA.com, Cosby said ... he fully anticipates serving his entire sentence, saying he’s not guilty and will never admit to something he didn’t do. Displayed remorse is generally a required prerequisite to obtaining parole or a shortened sentence. ...

“I have eight years and nine months left,” Cosby stated. “When I come up for parole, they’re not going to hear me say that I have remorse. I was there. I don’t care what group of people come along and talk about this when they weren’t there. They don’t know.”

He said his trials were a sham, unjust and not fair.

“It’s all a set up. That whole jury thing. They were imposters,” Cosby stated.

“Look at the woman who blew the whistle,” he said, alluding to the potential juror who overheard a seated juror proclaim before the trial that, “he’s guilty, we can all go home now.”

“Then she went in and came out smiling, it’s something attorneys will tell you is called a payoff,” Cosby stated.

First of all, let me issue the disclaimer that everyone is entitled to their day in court. As Hunter S. Thompson put it, even Satan  deserves good counsel. Show me someone who believes every accusation against every famous person is true and I'll show you someone who opens junk mail because it says "Time Sensitive Offer" on the envelope. And I'm naturally leery of any accuser who does a press conference sitting next to their sobbing celebrity lawyer. Every reasonable person considers #MeToo a necessary reset; the sexual pendulum swinging in a way that gives victims a voice they should've had generations ago. But that doesn't mean we throw out due process just to right some past wrongs. That way lies madness. And I'm going to assume Cosby was able to hire the best attorneys available, just with his Pudding Pop money alone.

But still, Bill Cosby has some balls on him to claim he's never done anything wrong. I mean, on the surface it sounds like he plans on going into his hearing in a few years prepared to give the Parole Board the full Red Boyd treatment (Note: I try to limit my "Shawshank" habit to one reference a day, and this is my second. But I have no remorse either.):

But while Red refused to say he was rehabilitated just so young fellas like Sonny there could wear a suit and a tie and have a job. But Red never denied he was guilty of that terrible crime back when he was just a stupid kid. Cosby won't even go that far.

And so we're all on board with what exactly he's denying, Cosby has been accused by at least 60 different women.of drugging and sexually assaulting them. From as far back as 1965 and as recently as 2015. Even if you take his word for it and believe that 90% of them are lying, the remaining 10% are enough to make him a serial rapist and a Grade A monster. At the very, very least, in the deposition he gave in the trial he's serving time for, he admitted he was into slipping women Quaaludes, which in and of itself is a crime. But somehow he's sitting there in the Stoney Lonesome every day convincing himself that he's never done anything wrong. He's just a victim of false allegations, five dozen times over, which has to be the unluckiest streak in the history of innocent men.

Not to mention, he made it clear to the Must See TV world on America's No. 1 rated show that he was into slipping women sexual Mickeys in a way that couldn't have been more obvious if Dr. Huxtable drove a primered, windowless white van filled with duct tape, zip ties and bottles of chloroform:

I was actually thinking of Cosby this weekend after I read where "A Beautiful Day in the Neighborhood" was the third highest grossing film after only "Frozen II" and "Ford vs. Ferrari." And it struck me that we need a Mr. Rogers movie now more than at any time in our history. Because so unbelievably many of our most admired celebrities have turned out to be, not only frauds, but the worst sorts of human beings. The kinds of people you'd publicly shun in any kind of a decent society, but who were able to get away with hideous things while hiding in plain site on our screens every day. Fred Rogers was the ultimate anti-Cosby. Someone we've got far too few of, and unfortunately the only one of him.

So best of luck with that whole "No Remorse" strategy, Cosby. And by that I mean best of luck to all of us who are a little safer with an unrepentant serial rapist like you locked up for the rest of your miserable, misspent life.