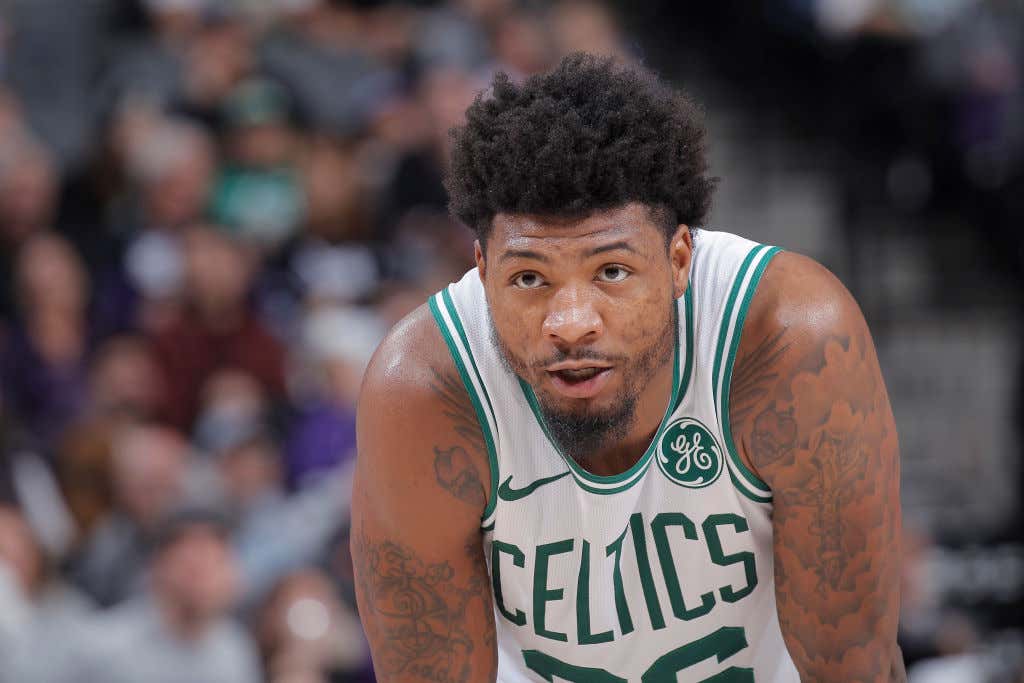 If you take a moment to go back in time to January 23th 2018, you'll remember the Celtics had just lost a 108-107 heartbreaker to the Lakers in LA. Marcus Smart was great in that game for the most part, putting up 22/8 on 53/40% splits, but missed the game winning three as time expired.

it was a transition three that he was sort of off balance and probably shouldn't have taken, but at the same time this is Marcus Smart we're talking about so of course he was going to take that last shot. Well we would soon learn that after this game Marcus Smart went to his hotel in LA and punched a picture frame. He wouldn't play again for another month, and we learned it was pretty damn serious

Well with Smart goes on Zach Lowe's podcast the other day, they talked about this incident and it turns out things were way more serious than just a potential "season ending injury"

“I actually still have the glass somewhere saved … to remind me each and every day how blessed I am to still be playing,” Smart told Lowe.

“The doctor actually told me, like you said, an eighth of an inch away I probably might not be playing basketball again for the rest of my life,” Smart added. “They said it would have tore everything in my hand. It was pretty thick amount of glass that came out of my hand. I couldn’t believe it.”

Smart revealed that he also has a few less-voluntary keepsakes from the injury.

“I actually still have pieces of glass stuck in my hand,” he said.

1/8th of an inch. That's all that stood between Marcus Smart and potentially never playing basketball again. What a goddamn prayer. Think of the ripple effects if that happened, there's no Smart extension that summer, maybe the Celtics keep Terry Rozier and pay him way too much money, and this team would not have it's captain and the heart and soul of this team. That's a life I don't even want to pretend to live in. It's why immediately after the Celtics brutal loss in SAC by 1 point where Smart missed that game winner, I had this thought

you just never know when it comes to Smart and how he'd handle a close loss in which he missed a potential game winner. It's also very on brand that Smart still has some pieces of glass stuck in his hand all this time later, and hey whatever serves as a constant reminder to keep your cool I am in favor of.

Given the Celtics injury luck these last few years, I'm happy they caught a big time prayer with this. To not have Marcus Smart playing basketball in our lives is a situation where everyone loses. You can hate his shot selection at times, you can think he does nothing but flop even though you'd be wrong, but I think we can all agree the Celtics are better with him than without. I hope everyone else on this roster takes this story to heart and if they ever feel frustrated after a tough loss and want to punch something, please choose a pillow.